Somehow I feel that all multimedia artists [and particularly, musicians] have always dealt with the concept of the “end of time” [myself included]. Whether it’s through the destruction of our planet, some unknown apocalypse, or the universe as we may never know it, post the inevitable human existence [it all will end, after all, right?]. These thoughts, and the resulting output, are then brought on by a blip in our own very linear timeline that makes us wake up for a moment from the cycle of being and ask, “Is this it?”. Perhaps a bit of existentialism never hurt anyone to refocus their energy on what truly then matters. [What truly matters to you?]. We’ve all experienced this, especially with our own latest global crisis, which still continues to ripple, mutate, and destroy, even as I type out these words [my friends in Shanghai are particularly distressed]. It’s no wonder that so much latest output from musicians across the globe has been reflecting this temporary state of humankind [just check out the themes of the many new posts on Headphone Commute, like this Requiem or We Will Live On]. So I’m not surprised, and indeed, a bit delighted, to be bathed in an expression of human extinction by the Montréal-based Tunisian composer, multi-instrumentalist and sound designer Haythem Mahbouli, with his second album for the Japanese Schole label, titled Last Man On Earth. This is a beautifully produced and orchestrated journey, which leaves me aching with memories of Jóhann Jóhannsson [and I do not just mention his name lightly], with its cinematic tendency to blend elements of electronic and modern classical genres, featuring synthetic and organic instrumentation, including a choir by the Budapest Scoring Orchestra. Today I’m giving you a taste of what you can experience on the entire album with this short track, titled “The Great Flood.”

Last Man On Earth is a concept album which musically illustrates humanity’s failure to preserve our planet and ultimately ourselves. It rockets us into the future of a hostile Earth wherein humanity itself faces extinction. The album envisions man’s final journey on our home planet and invites its listeners to immerse themselves into his last harrowing conquest. 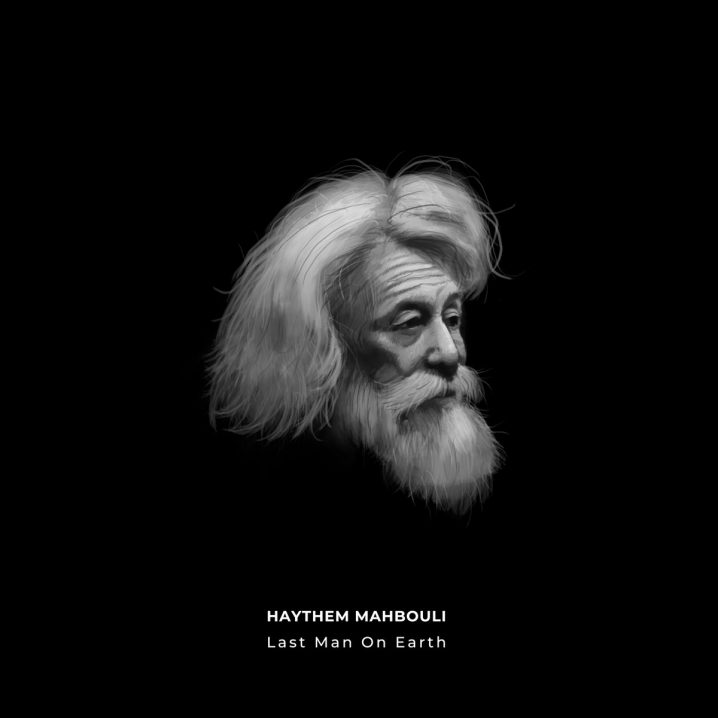 Mastered by Martyn Heyne the full album is due out tomorrow, December 2nd, via Schole, available on Bandcamp as a digital and a limited edition compact disc. Highly recommended!