Editor’s note: I’ve been a fan of Benjamin Wynn’s Deru project since its debut on Neo Ouija, Pushing Air in 2003. I still own it on vinyl, along with Pushing Soil follow-up on Delikatessen and the subsequent Trying To Remember full-length of Merck [ah, it even feels strange to write out those label names – I haven’t thought of them in a long while]. I profiled Wynn’s studio setup on Headphone Commute’s In the studio with Deru in 2015. I also have his vinyl collection on display in a special feature I call I’ll show you mine… (2018). So yes, you can say that I’m a fan! This particular interview is in the context of his upcoming album, titled We Will Live On, scheduled to be released on October 28th, 2022, via Friends of Friends imprint. You can pre-order it now on via Bandcamp. Anyway… let’s crack on!

Hello, Ben. Where are you right now and what have you been up to last weekend?
I’m in my studio in Los Angeles. Last weekend I went to see my good friends The Glitch Mob play a show with Open Courts and Baseck. It was great. Old-school rave vibes. The next day I went to a pumpkin decorating party with my wife and 5-year-old.

Can you talk a little about the concept behind your new album, We Will Live On?
The record was written for a Disklavier, which is an acoustic piano that can be played digitally by sending it note data. I’ve had the piano for years and have been experimenting with writing for it ever since, but it never felt like I had the right tool set for a whole album. Then a few years ago I found a sequencing technique that felt like the right approach, so just before the pandemic, I started diving into it. Witnessing the piano play ‘itself’ while hearing my music come out of it during the writing process was a pretty magical experience. It made me feel like I was embedded inside the piano, which got me thinking about how humans embed pieces of themselves inside the technologies that we make. Reading about the impending doom of our environment, coupled with the weird isolation of the pandemic, made me think about society’s future in general. I started having a vision of the piano playing itself in an empty warehouse. It made me wonder about the possible outcomes for our species. Will we live on? Will the technology that we embed ourselves in outlive us?

What new production techniques have you discovered and used here?
It turns out that recording upright piano is hard. Like really hard. When you want the piano to be the only sound source, and engage the whole frequency spectrum it only gets harder. That led me down a rabbit hole of mics which led to issues with phase. Small changes in mic position and different combinations of mics had huge impacts on the sound. I wanted to capture the intricate mechanics of the piano while getting as much of the tone as possible, so I ended up with multiple mics on the front, back, and bottom. That brought on the phase problems… So down another rabbit hole. Phase is like a weird invisible black art. It made me want to tear my brains out at times. In the end, I learned a ton, mostly by making mistakes.

Can you talk about the custom-made software which was used to sequence the Disklavier?
I happened upon a Max/MSP program by Andrew Milne called XronoMorph and I was intrigued by the patterns it was making. I reached out to him and he very kindly sent me an unlocked patch to explore. Max/MSP is a programming language for sound and music that I’ve been using on and off since ’99 or so. This was by far the largest and craziest Max patch I’d ever explored. So I spent the next two years digesting and modifying it for the specific purpose of playing my piano. I added things like MIDI delays, preset morphing capabilities, DAW automation, etc. 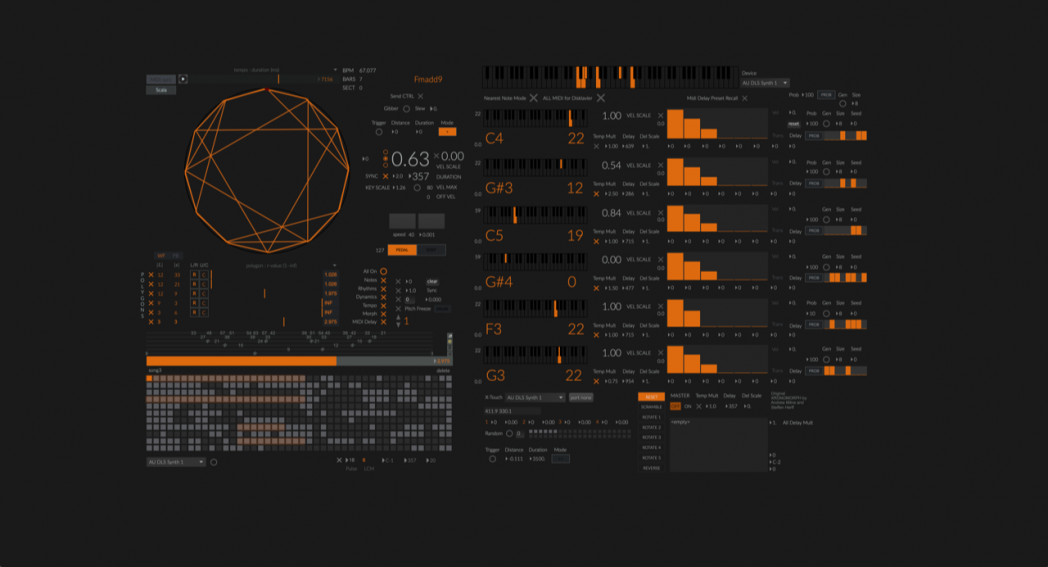 The sequencer is based upon a circle. You fill the circle with geometries with a certain number of sides. You can then morph the length of those sides, which makes the rhythms morph their feel in unique ways. The sequencer is based upon a principal of ‘Perfect Balance’, where all the rhythms combine so that the center of the circle is ‘balanced’. The end results are patterns that have grooves and aren’t metrically based. The preset morphing allowed me to save whole states of the sequencer and morph into other states over a period of time, which became a key compositional tool. There are moments on the record where you’ll hear the piano sitting in a groove, then slowly falling out of it, only to land into another.

The tool-bag of techniques really fell into place when I came across a live-coding language for MaxMSP called Gibberwalky. It allowed me to code changes to the parameters of the sequencer according to rules that I set up, and to get away from programming the sequencer changes linearity using a traditional DAW. I could build interactions that phased and morphed in interesting ways.

The writing process became one of me playing these two tools, along with a few other ideas mixed in. 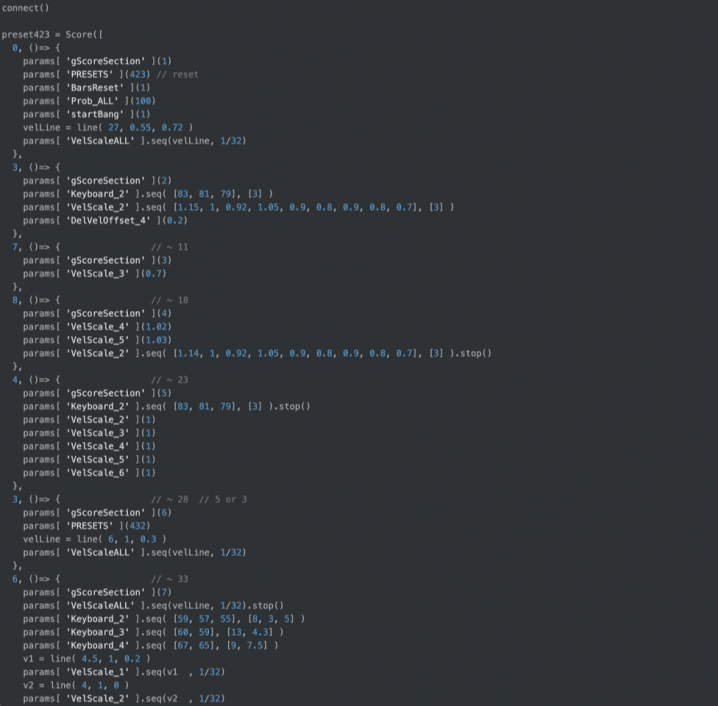 What was the process like behind putting this all together?
The covid lockdown was a weird time, and this project became a mental saviour and creative refuge for me. It meant so much for me to be able to escape within it. I’m grateful for it.

What do you want the listeners to hear?
Time. Fragility. Hope that we’ll leave something of worth behind us for whatever comes next. 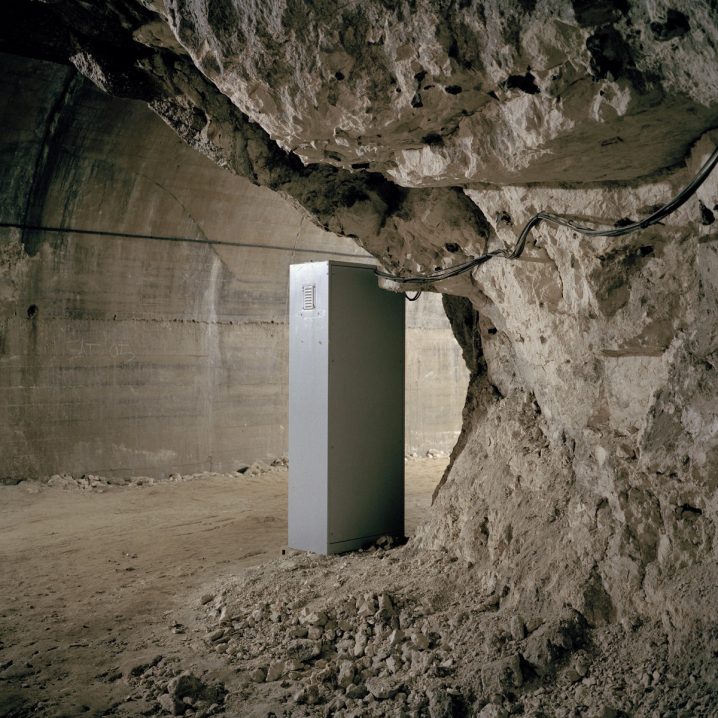 That’s a striking album cover. What exactly are we looking at?
The photos are all by an esteemed British photographer and photojournalist named Peter Marlow. The album photo was taken in France, and it’s a subterranean fortress designed to house a giant cannon, known as the weapon of ‘last hope’, which is now a museum. The monolith in the photo housed the electronics that could’ve fired the guns able to reach London. The design work for the vinyl was done by the amazing Michael Cina.

Tell us a bit about the abandoned missile silo where this was recorded.
The piano was originally recorded in my home studio. The recordings sounded intimate and dry so I wanted to give them a sense of time and space. I’d gotten into watching videos of urban explorations of abandoned buildings, and I came across one that went into an abandoned missile silo outside of LA. These kinds of silos once ran up and down the whole coast of California. I pieced together how to get there and decided that it was the right place to try to ‘set’ the album. I loaded the piano recordings onto my laptop, got some battery-powered speakers, and went out with Ian Wellman, a field recorder and musician, to try to record the sound of my pieces playing back underground. It was a windy day so you can hear the wind howling and gusting over the cracks in the missile canopy above us. Hearing the piano playing with the isolation of the gusting wind added so much to the album in my opinion. I thought of the field recordings as if a person came across the piano playing by itself, and I ended the album with the sound of only wind and birds, as if the person walked out of the silo once they were done. 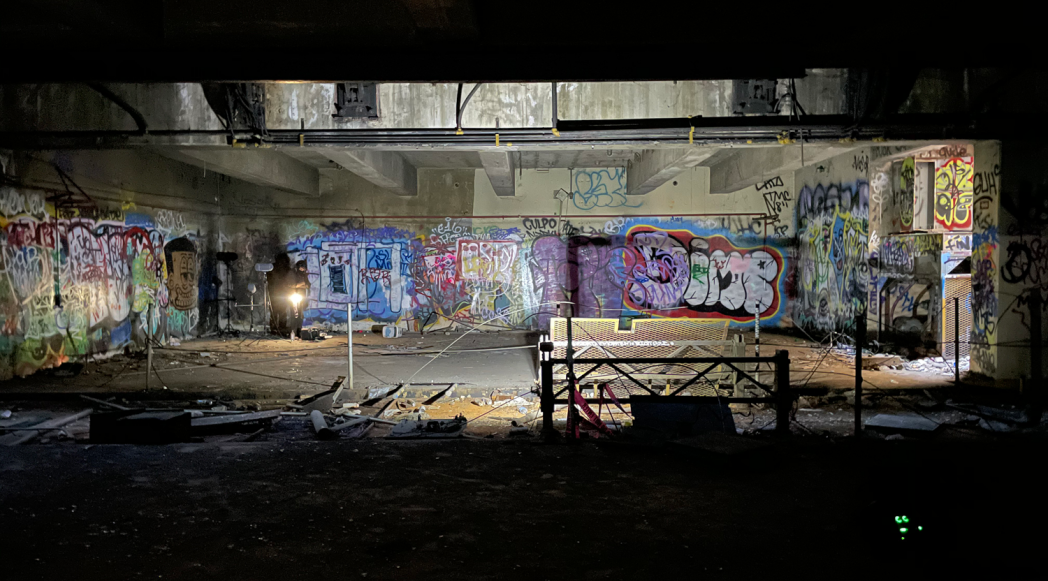 What would a live setup look like for this?
We’re in the process of putting this together now. It won’t be a typical live show, more like an installation. An intimate chance to hear my album performed by the piano itself, with further ideas down the road.

How do you feel you have musically evolved through the years?
That’s an interesting question and one that I’ve thought about from time to time. If you look at my last three albums, 1979, Torn In Two, and We Will Live On, they are all stylistically different from each other. To me, that’s interesting, as it represents my desire to experiment and try new things. To others, it might be confusing. But the only reason my music is what it is, is because I follow my interests. I’m thrilled for the people that take that journey with me and find it through the line. I think it’s there.

What’s currently out there that excites you, in terms of sound design or music production, and something that you want to get a little deeper into?
Techno. It’s been interesting trying to deconstruct the subtly of the form and think about what makes something ‘work’ or whatever. It’s also nice getting ‘body’ after being ‘heady’ for a while. I sometimes feel like a pendulum swinging back and forth.

If it’s not a secret, can you tell us what you’re working on right now?
Drums… For years I’ve been trying to conceptualize how I could find my way back to the world of drums after being gone for a while. I think I’ve found it.