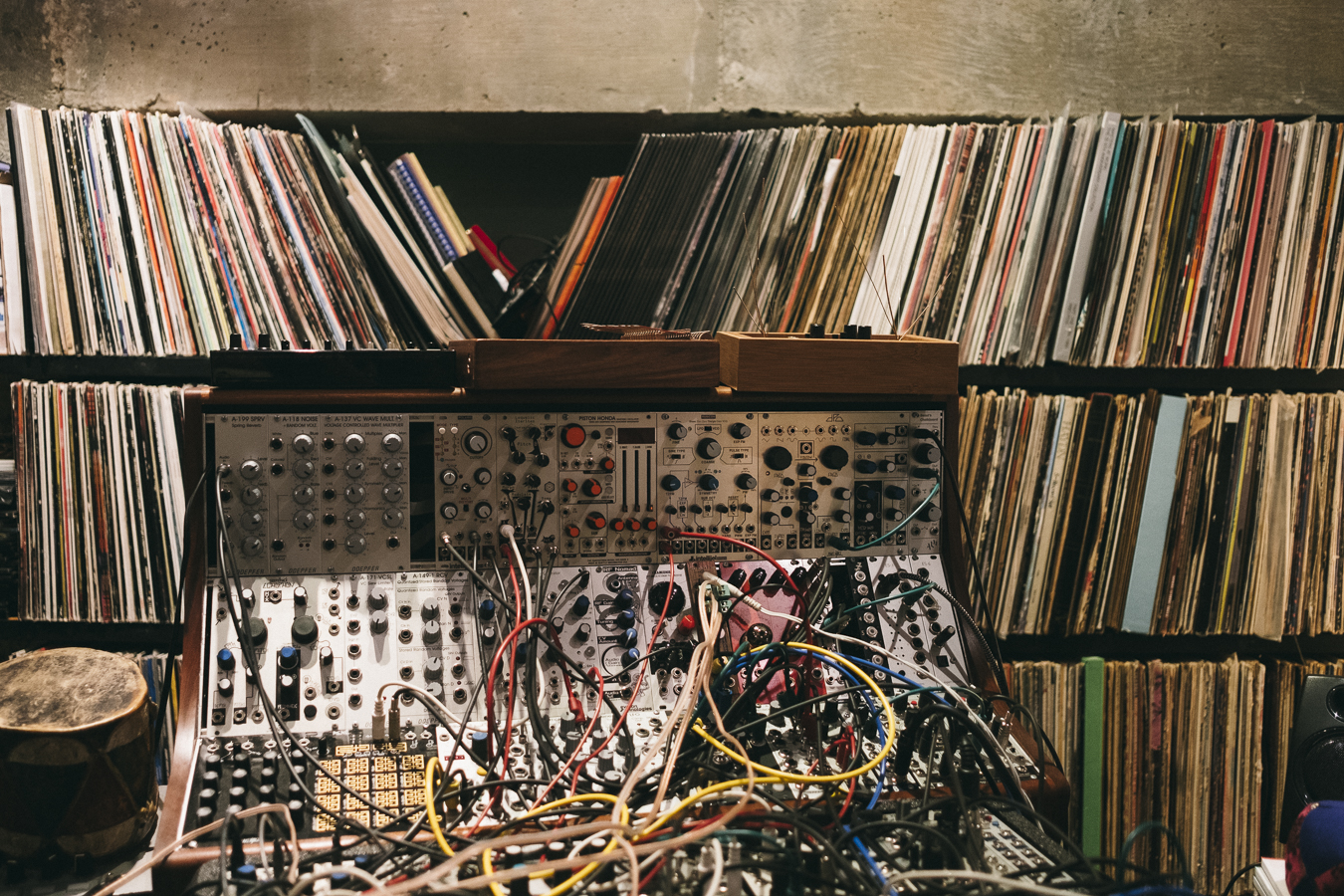 How many records would you say are in your collection?
Probably 500-700.

Do you consider yourself a ‘collector’?
I’ve never had the personality of a collector. I’m either drawn to the albums because I love them or because I think they’d be good for sampling. 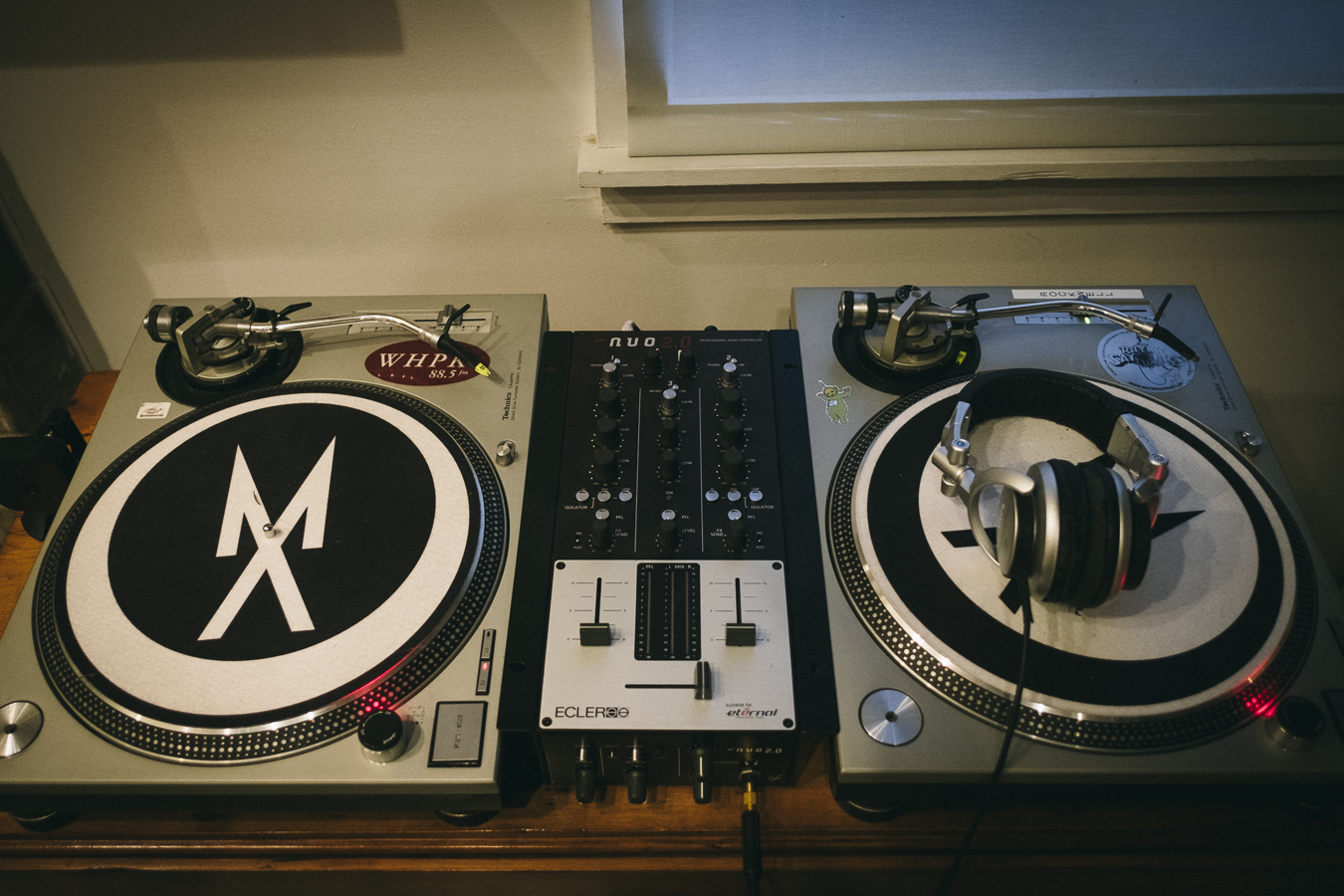 What is your playback setup like?
I still have the pair of Technics 1200’s that I got when I started DJ’ing in high-school. I also have a single Numark that’s hooked up to my computer for recording.

Tell us about the most prized record in your collection.
I’m not good with definitive proclamations like this, but I’ve got a Common Sense I Used to Love H.E.R. test pressing that’s pretty great. That album means a lot to me.

What makes you want to purchase an album on vinyl as opposed to any other medium?
It’s about having something physical to look at and hold in my hands, which reminds me to listen to it. Digital files are invisible so I forget to listen to older stuff.

What are your thoughts on the “inconvenience” of vinyl?
Vinyl is heavy as shit, no doubt. It’s really only a problem when moving or travelling, though. I haven’t moved in 12 years, but I do wish that I felt freer to buy vinyl while travelling. I often don’t bother due to the awkwardness of their size and weight. Also, a few years back my studio flooded and I learned the hard way not to leave vinyl on the floor. There was a stack of my absolute favourite records that got soaked. All of the covers were destroyed and I was gutted. 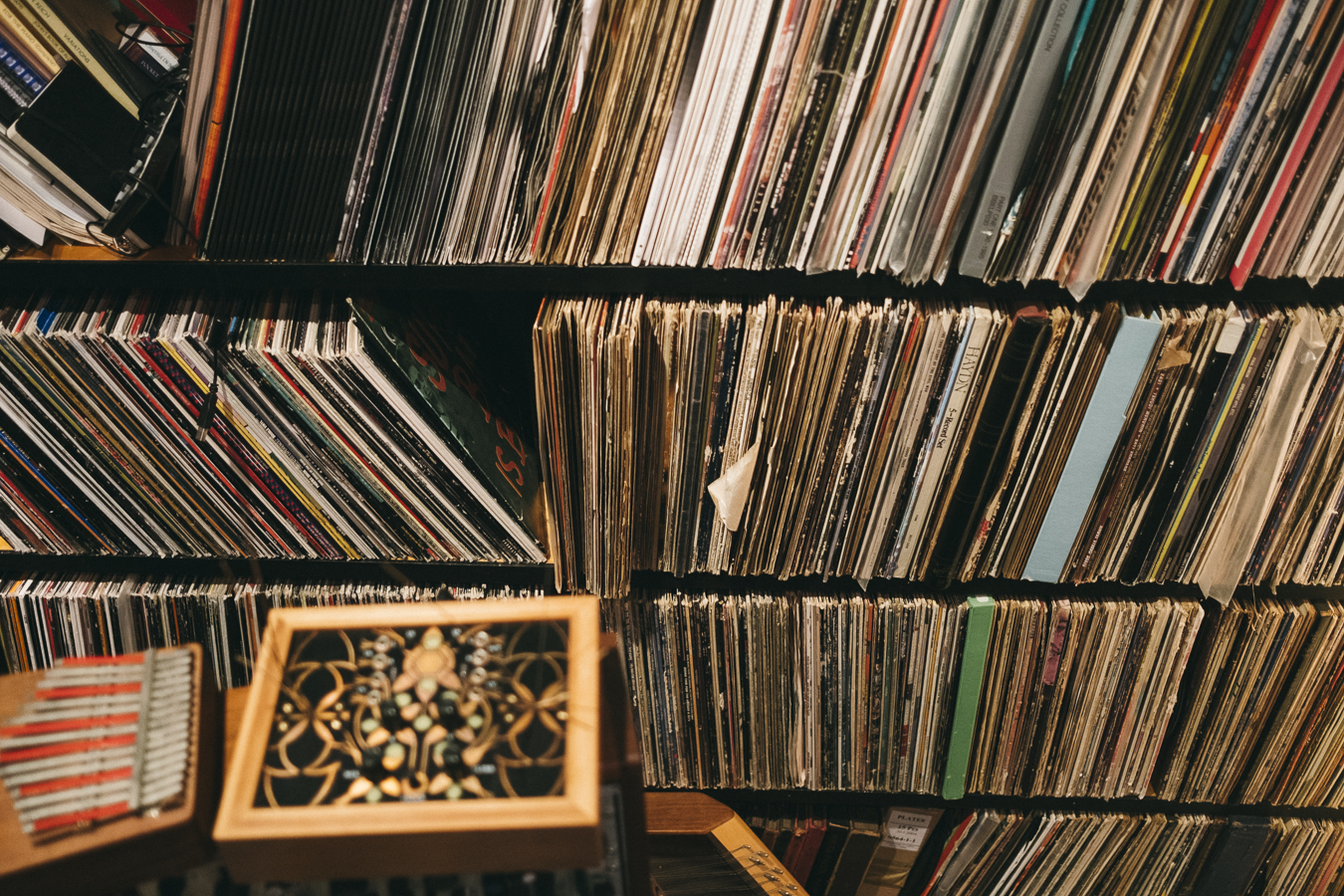 Ever consider digitizing the collection and selling it off?
No. I like the lineage that my records bring me. It takes me back to when I first fell in love with music. I can trace my roots with them.

What do you look for when you go record digging?
When I lived in Madison Wisconsin I used to go record shopping with my friend Isaac (who I made a few mixtapes with and is now part of ‘The Fun Years’). We would go to places where we could buy records by the pound and had no ability to listen to them first, so we bought records based on looks and guessed as to what we might find. We found some gems. It was like hunting for treasure. 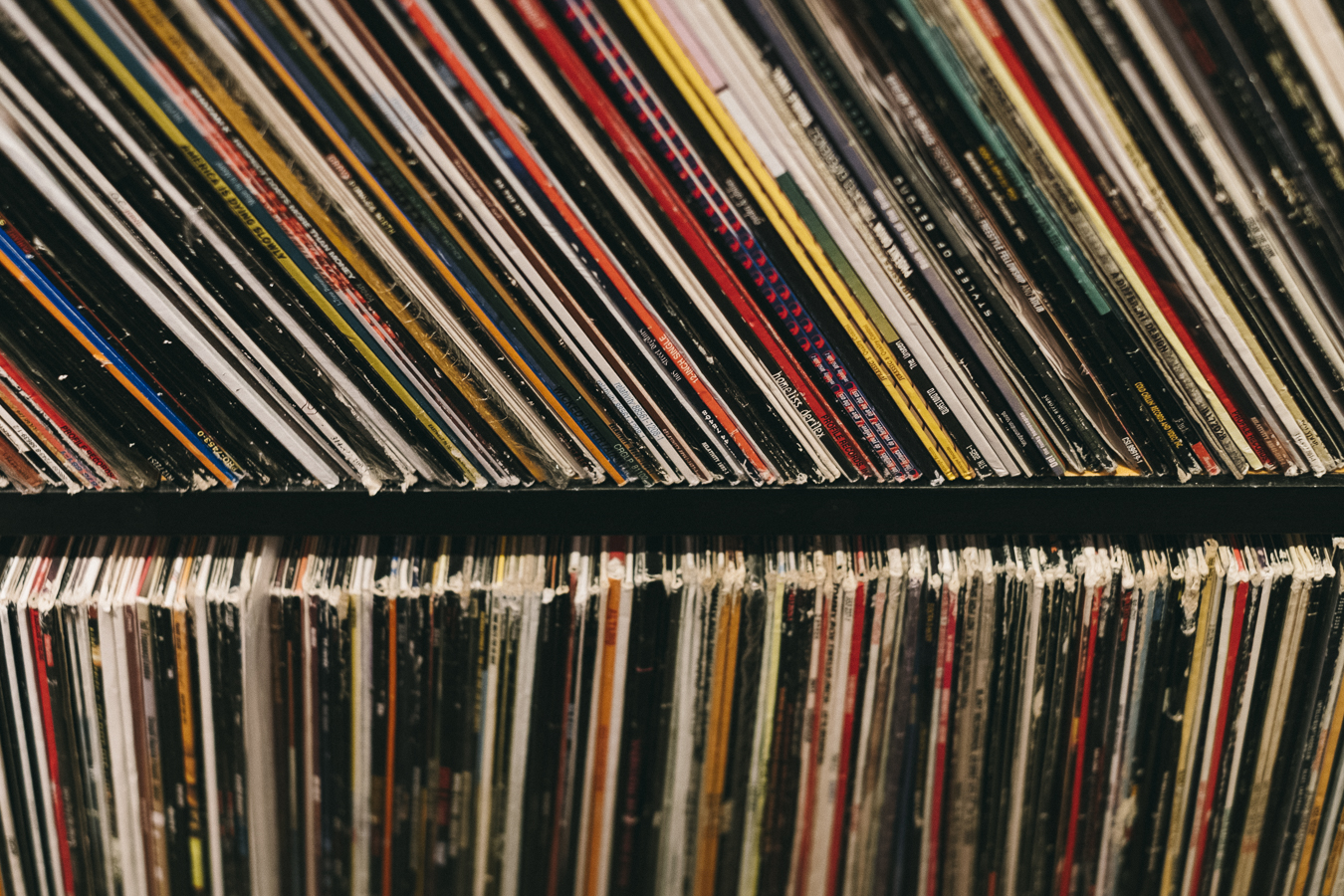 Where do you buy your music these days?
There was a great record store in Highland Park called Mount Analog, which has recently become online only, but I hear that it’s coming back physically. LA still has a bunch of record stores though, and we’ve still got that huge Amoeba Music, which is great.

What are your thoughts on limited editions, original releases, and reissues?
I love limited editions. If I’m going to buy vinyl these days it’s because I care about the music, so I want the packaging to reflect that. I don’t have a dislike of reissues. I know originals are more valuable but I’m not a collector so I’m not in it for monetary gain. 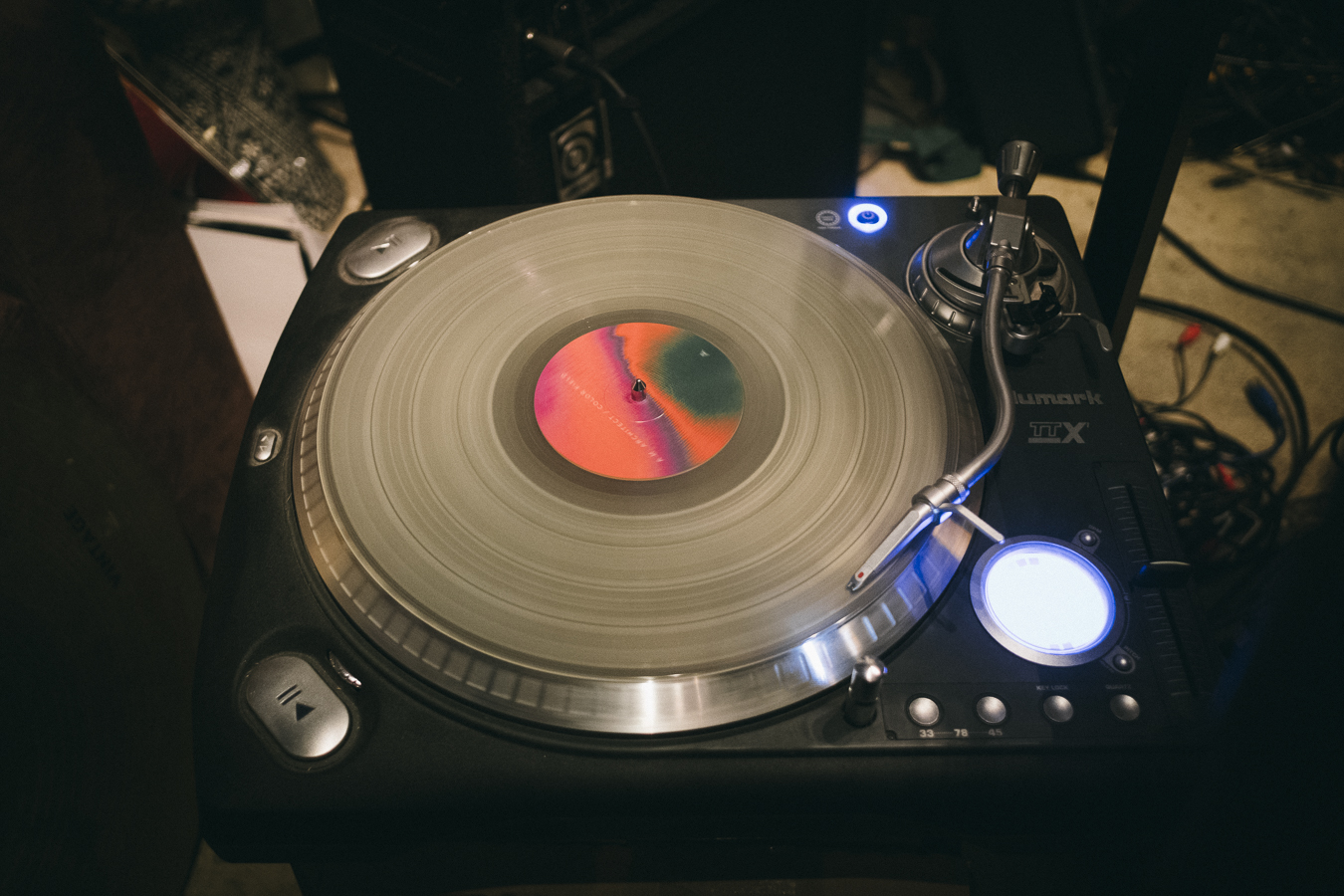 What record do you think you could play all the time?
I’ve got some 78’s from my grandmother that sound like The Caretaker. They sound like the past in a beautiful way.

How is your collection organized?
Very loosely to not at all… kind of like my brain maybe? They’re somewhat separated by genre, and order of accumulation. My wife has asked me if she could alphabetize them but I’m pretty sure I’d have a harder time finding them. 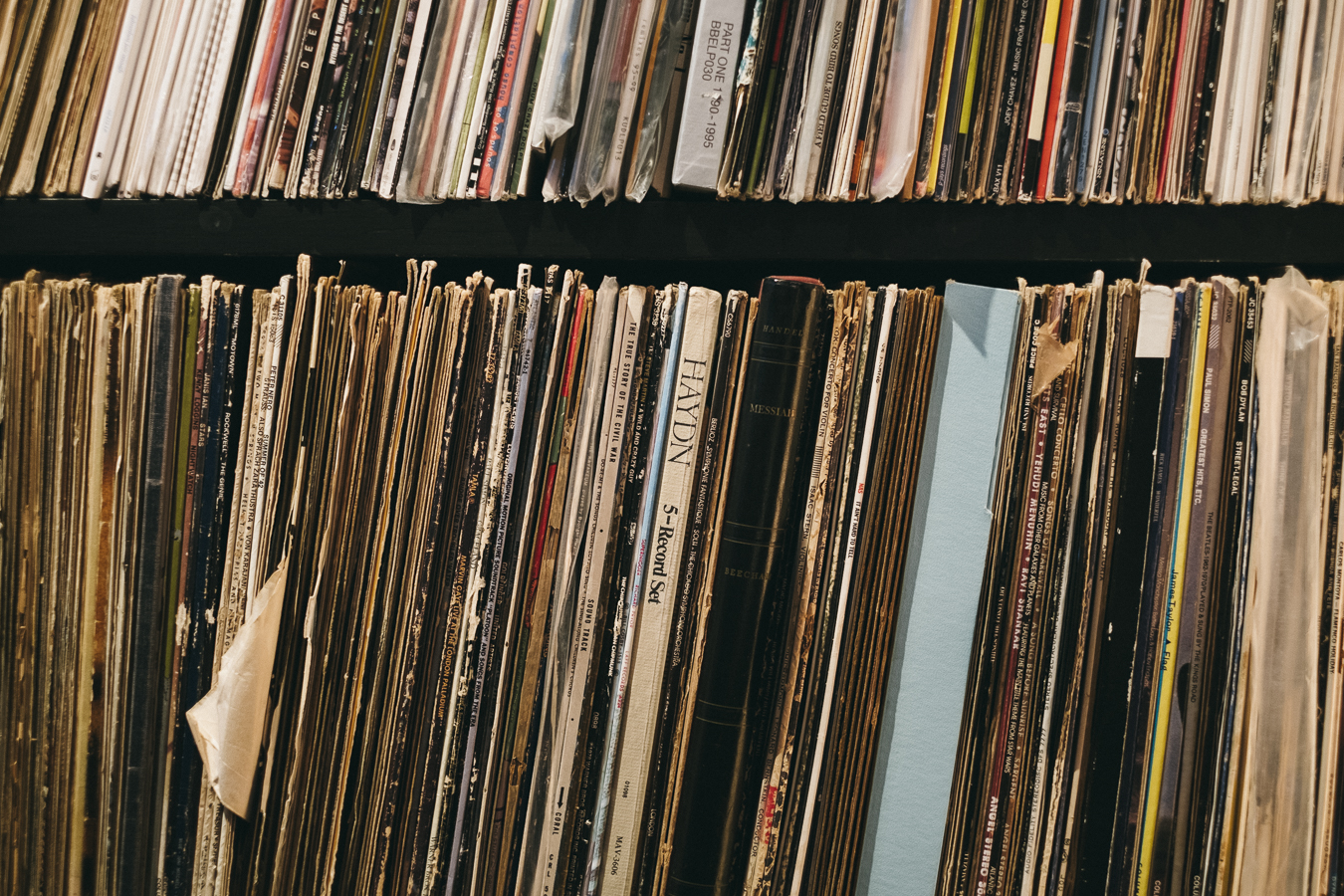 How has vinyl impacted your life?
Vinyl went hand-in-hand, and was integral to, me falling in love with music. The order was: hip-hop, DJ-ing, to sampling and making music, which consumed my life in high-school and has grown ever since. I used to have a summer job right down the street from Gramaphone Records in Chicago and every lunch break I’d walk down to see what was new and pick a few things up. The majority of my collection came from that time and place, and I’ve carried them with me throughout my life. Vinyl is strictly tied to the history of hip-hop and you can’t imagine one without the other. It’s not only how you DJ’d, but the sound of static from vinyl colored the textures of that music and my own to this day. Even though I don’t make hip-hop anymore (far from it), I like having a connection to that past three feet away from me while work. It’s comforting. 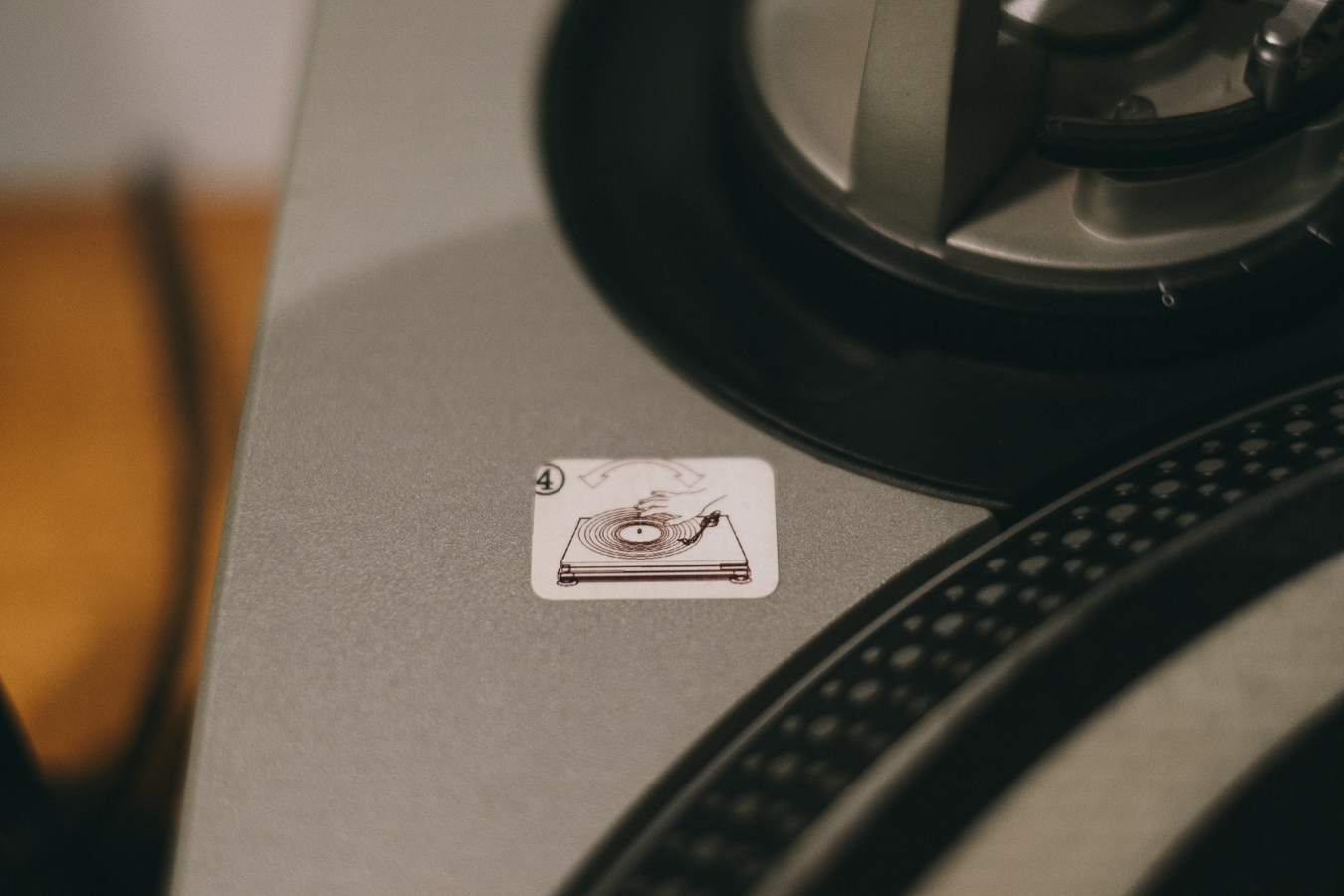