“… of yearning and nostalgia better suited for these troubled times…”

Austin-based Western Vinyl imprint has recently launched a series of singles entitled Composure: Classical Reworks for Modern Relief. The label invited artists from its extended family to interpret and cover classical pieces that resonate for each one, “aimed at providing mental and spiritual respite in our uncertain era.” It kicked off with Erik Satie‘s “Gymnopedie No. 1” covered by Joseph Shabason, followed by J. S. Bach‘s Prelude from the “French Suites” performed by Bran Gielen. Then there Peter Broderick‘s cover of the always wonderful “Für Alina” composed by Arvo Pärt. And today, we are premiering Beethoven’s “Ode to Joy” performed by Christopher Tignor. The latter has also recently collaborated with Christopher King on their new project Disassembler, and I have premiered a piece called “A Wave From A Shore,” but the pensive version of “Ode to Joy” is something entirely different. From the beautiful piano chords to the swelling strings, to the wide range in dynamics and tempo, to the cinematic treatments that overwhelm and carry the mind, the track traverses a mix of emotions, eventually landing on one simple chord, capturing with it our feelings and thoughts.

My approach to the work was to take Beethoven’s well-known theme and use it verbatim (without the last, repeated phrases) as the upper melodic voice of a piano part that forms the backbone of my piece, surrounding it with strings, electronics, and percussion. I wanted to utterly reimagine the triumphant exuberance of this theme in a setting that acknowledges the yearning, fragile qualities of joy. The new harmonies and glacial tempo produce a new, yearning study on finding and holding onto joy during these challenging times. 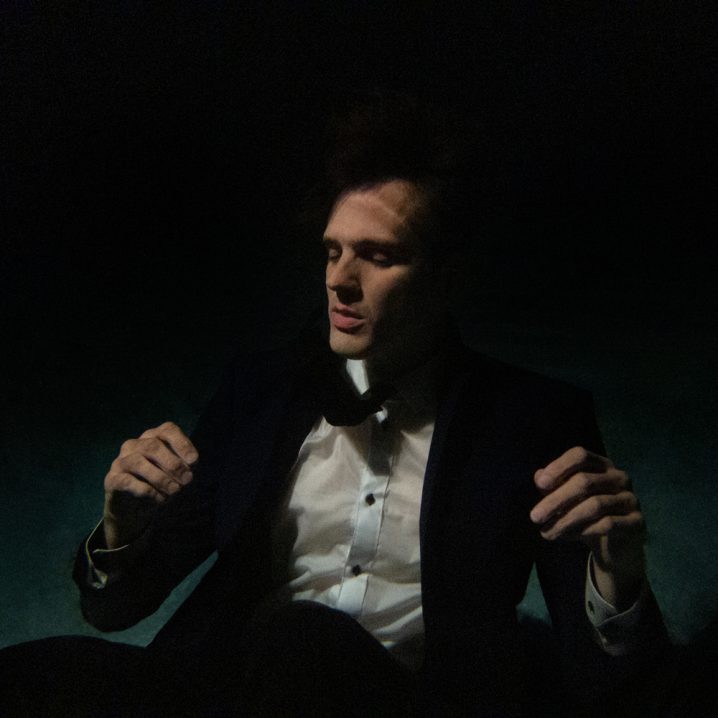 The track is released tomorrow, on Tignor’s own Bandcamp, and I suspect that there may be a compilation from Western Vinyl at some time in the future. Meanwhile, if you want some more, may I recommend Tignor’s 2019 release, A Light Below, which has been chosen as one of the best albums of the year, and which I am playing right now…