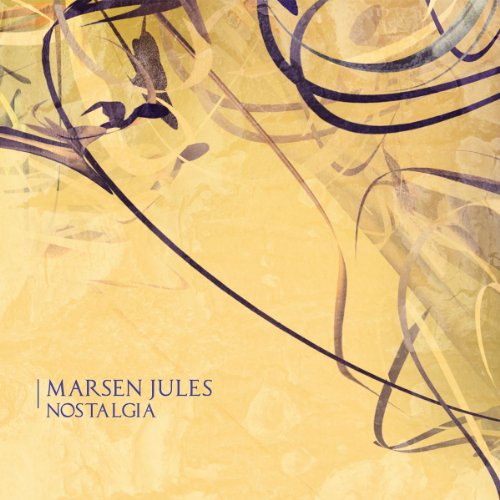 “Desire, rebellion and mortality are the three central motifs that get explored over the curse of the 43 minutes running time.” Beautiful, solemn, and warm chords swell and recede like the waves of a raging river, recently flooded with the waters of a hurricane. Treasured moments of the present fade into the background memories of past, and only sound carries the remaining echoes. Extremely minimal in their complexity, the ethereal strings on Nostalgia employ a basic meditative act of inhaling and exhaling the notes. The instruments breathe through their raspy crevices, slowly licking the scars left behind by distant wounds. It is impossible not to feel at peace with this music – it breaks the crest of boundless mind and covers the thought with its healing veil. Let there be peace behind those closed eyelids. Let the firing synapses rest for a bit.

Nostalgia demonstrates an excellent marriage between modern classical, experimental, and ambient genres. Great for early mornings on a decaffeinated stomach, when every cell in your body begins to wake up. Delicately rendered, soothing, and, of course, nostalgic. Be sure to check out Juhls’ dub ambient project as krill.minima, as well as The Marsen Jules Trio, with Anwar and Jan-Phillip Alam on the violin and piano, rendering Les Fleurs Variations in a tranquil classical arrangement.

Be sure to read Interview with Marsen Jules