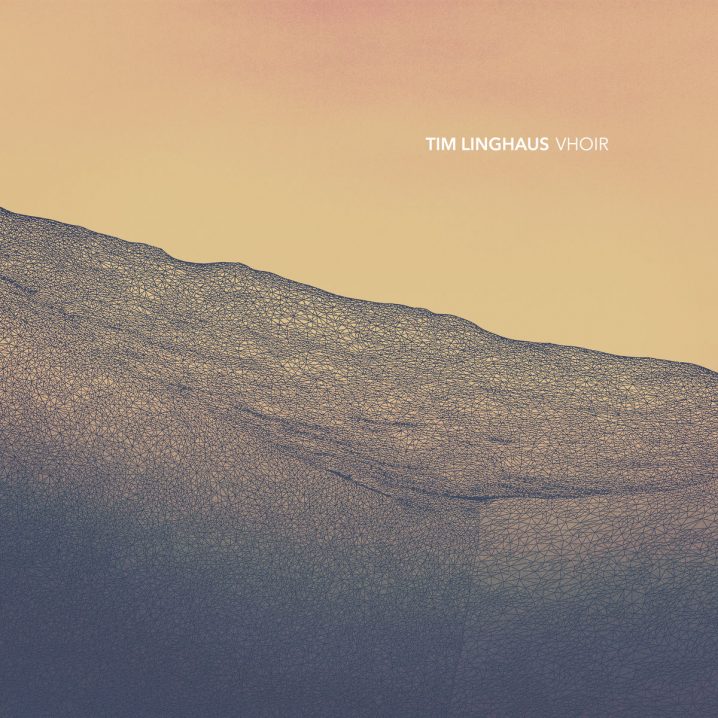 There are times when I feel like I’m about to run out of words for all of this music. There are only so many ways that I’m able to write. And yet, there are only so many notes on the scale, and the music goes on. At times hazy, like a day dream, others beyond familiar, like a déjà vu or a morning fog. Sounds fade in and fade out with tape hiss and thought crackle. Somewhere a piano plays… So, do I like this piece for what it is, or for what it was, in another time, for another set of ears? What does it matter at the end… when the sun sets, and the eyes dim, and the dragonflies fall to their death, in another unbearable cycle. As the music goes on, so do these words, in an endless string of familiar sentences. All of this has been written before, somewhere else, by another hand… but there’s only one Vhoir, and there’s only one Linghaus. “On Vhoir, the German composer creates luminous ambiences evoking feelings of wonder, moments of reflection/contemplation and also passing melancholy. Each window into this world leaves the listener yearning for another glimpse…” Fans of Nils Frahm, Julien Marchal and Mike Lazarev will love all these sounds, as I do if they were my very own… 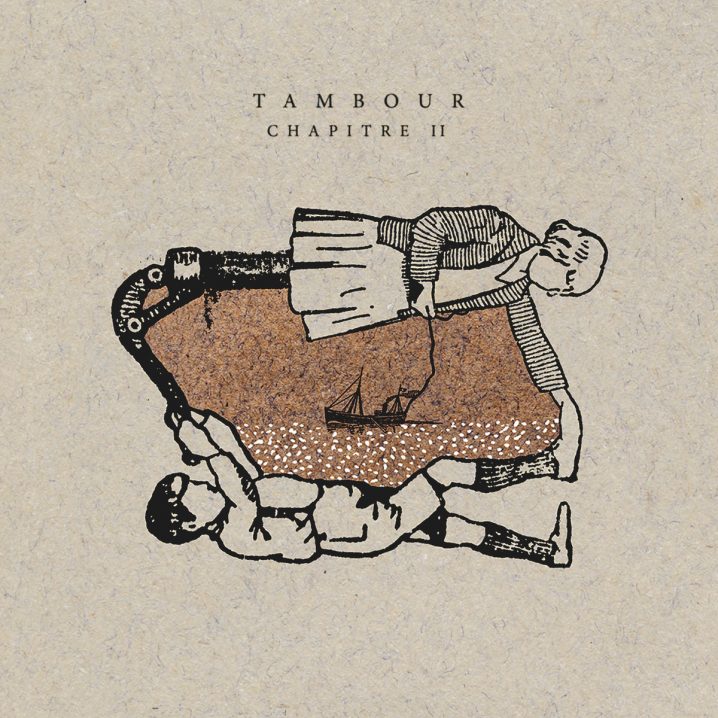 At only four tracks in length, this 23 minute release from Tambour packs an emotional punch straight through the heart. And if it’s not enough, feel free to start with Chapitre I released on Moderna as well, only a year prior. Solo piano opens up with a muted melody until the [obligatory] strings fill in all the space in between. The folksy, nearly fairy tale progressions are accompanied with a glockenspiel, clarinet, gentle electronics, french horn and a string quartet. The full beauty of this record by Simon P. Castonguay unfolds in the second piece, titled “Sleepers”. Here, the cinematic tendencies are realized through textural storytelling and nearly familiar chord progression. The moody strings soar among the intimate keys, and even the slightest breathing is picked up by the closely placed microphones (recorded by Pierre Duchesne). “Melodies at times melancholic, at others joyful, evolve unexpectedly through moments of contemplation, curiosity and nostalgia; intimate, spacious moments punctuate an otherwise continuous flow of movement.” Fans of delicate piano, graceful dances and magical fantasies will find themselves yearning for more. No wonder Castonguay and I share the space on Piano Cloud Series (Volume Two) on 1631 Recordings… 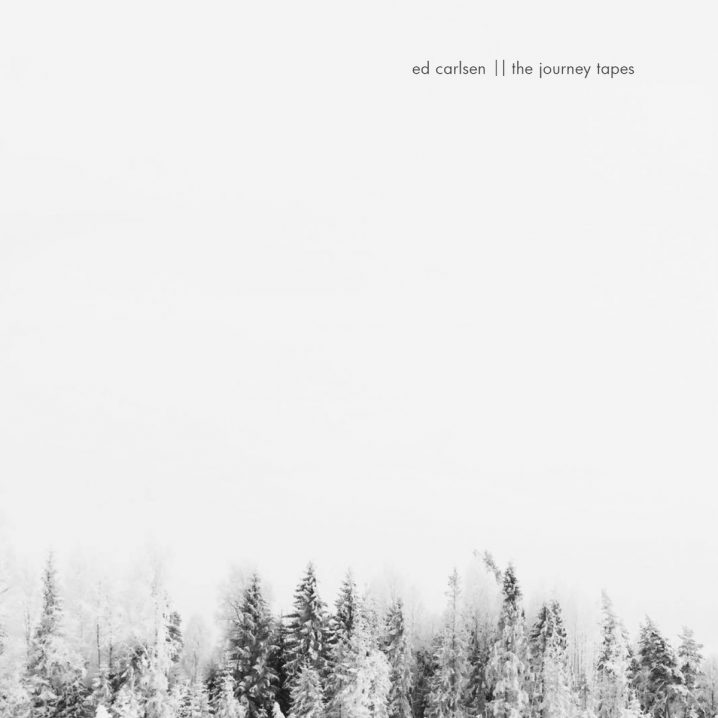 After nearly 20 years of playing guitar and covering other people’s music, Ed Carlsen recently started down a new path of pursuing his own compositions while teaching himself the piano as well as exploring the world of sound design. These new directions combined with the inspiration of the nearby landscape of Denmark’s Ravnholm Forest have culminated in his debut album The Journey Tapes, a loosely conceptual modern classical record with a cinematic bent and discrete forays into the territories of electronica and pop. Joined by Julie Krog Jensen (vocals), Mattia Melis (bass), Bryony James (cello), and Sophie Ryan (violin), Carlsen weaves a compact, but tender narrative of the passage from the yearnings of childhood to the heady rush of new-found freedom and, eventually, nostalgic reflection as beautifully articulated in the album’s closer. The melodies are memorable and engaging and the emotions always come across as heartfelt and unaffected. Field recordings of rain, footsteps, and distant voices and inventive percussion from unlikely sources such as chairs and silverware add sonic depth while grounding the music in the realm of the everyday. 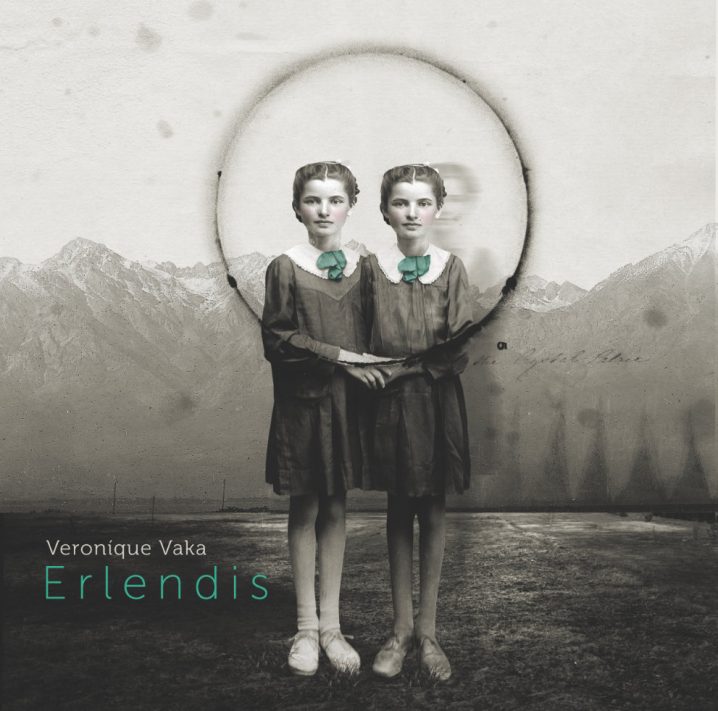 Erlendis means “abroad” in Icelandic, and that is just where cellist and composer Veronique Vaka finds herself both literally and metaphorically after studying electro-acoustic composition at the University of Montreal and receiving a grant from Canada Council of Arts for a mentorship in Iceland. With 5 songs and a running time under 30 minutes, Erlendis is technically an EP, but it would be hard to overstate how absorbing and immersive those minutes spent listening become. The expansive embrace of mysterious ambient and majestic modern classical sounds is definitely present here. The aching strings and haunting voice of ‘Minning um himinn’ (‘the memory of the sky’) which opens the record are instantly spellbinding. With the listener now immersed in the stillness of the sonic landscape, ‘Hvönn’ (‘angelica’) continues the patient journey. It sounds as if it might be emulating the blooming of its namesake flower as a somber, heavily textured drone slowly gives way to shimmering, tender piano lines. At this point the album is itself in full bloom and reaches skyward with the celestial choral voices featured in ‘Gætni’ (‘care’). The melancholic tones of the clarinet in ‘Vestur’ (‘west’) then brings the listener gently to the ground and closes the proceedings.