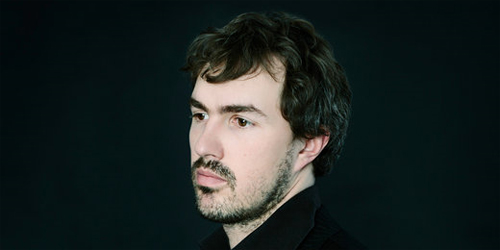 Talk a bit about your production on this album. What techniques and instruments did you employ?
I´m not sure if it´s that kind of music one should talk about the production, techniques and instruments. Even if it´s electronic music and for this reason pretty technical, it might not be the right approach towards this music to come from the technical side. My general approach comes more from the fascination for music, sound, atmosphere and emotion itself. But to have it simple and more precise, it´s samplers, sequencers, delay, reverb and EQ. 😉

Where does the title of the album, Nostalgia, come from?
I used the title in it´s french meaning. Which comes in the field of desire, yearning and deep longing for something which is not there. This might be one of the main feelings of the music in this case.

How has the sound of Marsen Jules evolved since the acclaimed Herbstlaub?
It´s different to say: Nostalgia with it´s many romantic string moments is standing in a direct tradition with Herbstlaub, but it is more rough, stormy, intense and also much more fragile. The material on Nostalgia is a little bit older than „Les fleurs“, which was released on City Centre Offices. „Les fleurs“ allready had been free of all this „Neo-Classical“ elements and Nostalgia for me also carries more a feeling of folk and traditional music than a „Neo Classical“ approach I think. Honestly in my opinion there is a lot of producers these days who create music in their bedrooms, which is pretty much like a hollywood soundtrack, but there is not much more musical innovation in it than the technical possibility of doing this. In a lot of cases the „Neo Classical“ genre is a kind of music, which receives its interest just from being placed in the field of electronic music, but it´s honestly more close to current soundtrack composing. For sure a lot of it is brilliant and I enjoy it as much as everybody else, but regarding myself I always try to create music I never heard before. The current development of my music goes more and more to an abstract approach to jazz music.

What are some of the things that evoke nostalgia in you?
That´s a good question. What are the things I evoke in Nostalgia? Maybe if I would be a more artistic and poetic writer I would not need the music at all, but as I´m not you have to listen to the music. I can´t explain this in another way at all.

Will we hear more from The Marsen Jules Trio?
Definitely yes. I´m just back from a festival show in Poland, where we performed a brand new set up of music and visuals, which was a wonderful experience. We are planning to record new stuff till the end of the year and want to play shows next year again. Also I have plans for a bigger group, which goes more into the field of jazz and instrumental music. We also played an incredible show with Roger Doering (Dictaphone) on saxophone some years ago and I would love to continue that cooperation.

What are you working on right now?
I´m finnishing an album titled Beautyfear, which I composed in Lisbon two years ago. It´s a very dense, abstract and moody album, which I might release on Oktaf very soon. Then I´m working on another conceptual album, which was the soundtrack for a picture installation before. And I´m planing to perform with swedish Filmmaker and Mediaart Artist Anders Weberg next year.