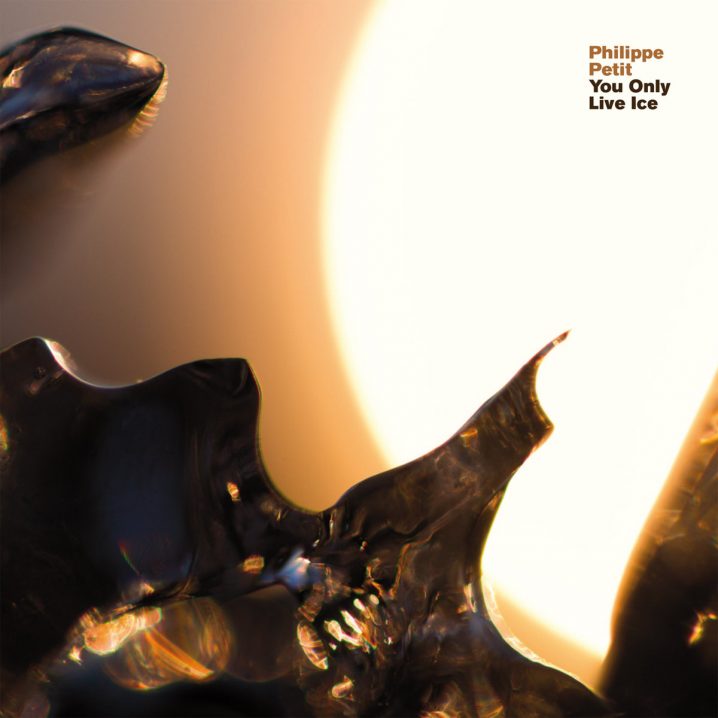 Italian label, Glacial Movements, founded by Alessandro Tedeschi, has been releasing ambient, minimal, and arctic drone records for almost a decade now (has it really been that long?). Some of my favorite records by bvdub, Loscil, Celer, Stormloop, and Tedeschi’s own project, Netherworld, are still on my weekly rotations. Even during the stifling summer evenings, there’s something about the slow and wintry soundscapes, to which my mind clings to escape the heat. Defining its very own style, with meticulous curation and deliberate design, Tedeschi has created an imprint of determinate quality, one which continues to deliver on its promise of “glacial and isolationist ambient“.

Philippe Petit appears on GM’s 25th catalog entry, with You Only Live Ice, a single-track 43+ minute offering, spanning multiple internal themes that slowly evolve, like a pensive atmospheric soundtrack. Opening in a somewhat bright territory, the piece begins to gently move into a darker terrain, exploring distant melodies across the frosty, dim and shimmering tones. Minor dissonance and polar whisperings create a slight sense of tension, until we begin to descend into the deeper caverns, where light fails to slip. Here, low drones echo the symphonic shadows, hindering the time into a single point in space, where the sonic climate is static, textured and tranquil.

A moody, detailed and wide-ranging work, in which atmosphere and dramaturgy lead the ear into a suspended world, like being entrapped within an Arctic ice shelf…

Half way through the album you definitely find yourself inside a drab and dingy place [exactly how I like it], where the congealed air barely moves through the brittle fabric of elongated vibrations. Something crackles, like the sound of the snowflakes landing on the microphone, or the bouncing of water molecules as they collide in apathetic clouds. Anxiety, discomfort and paranoia begin to set in, as you wonder if you will ever leave this place, where the ghostly traces of your past mistakes float and hover in the crevices of your subconscious, inner world. This synthetic discomfort is precisely why I love such climatic sound – it is music that not only makes you feel, but stays with you when it’s over, like a crusty trace of an afflictive dream in the corner of your eye.

Philippe Petit has been a member of Strings Of Consciousness collective since 2007, releasing many solo and collaborative works on labels such as Central Control International, Monotype, Sub Rosa, Home Normal, Important, and Aagoo. This is his first record for Glacial Movements, where it perfectly fits with the catalog’s evolving theme of brooding soundscapes for frozen landscapes. Highly recommended for fans of ambient minimalism and drone, from labels such as 12k, Line, Dragon’s Eye, and Farmacia901.