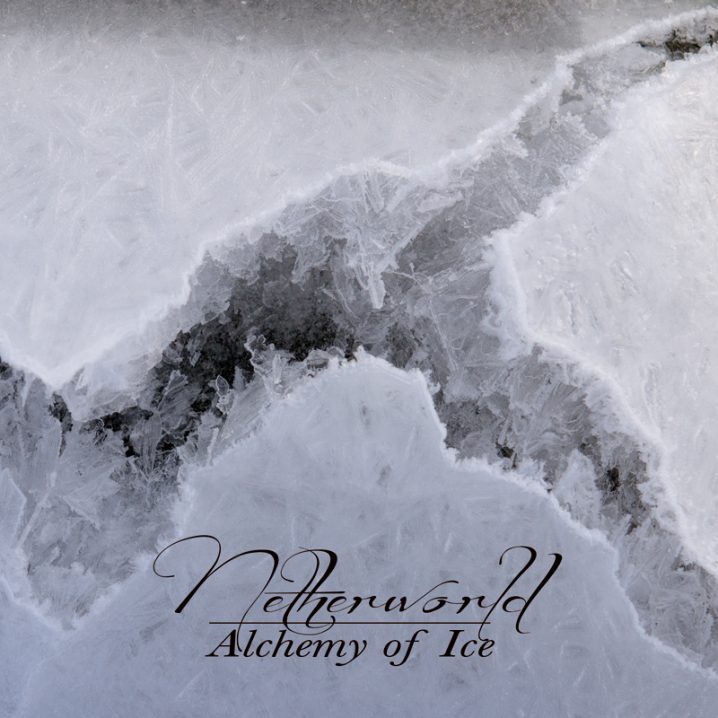 Somewhere on the edge of our drawn maps lies our planet’s southernmost continent, Antarctica. This is a place where temperatures drop to -90°C, with almost all of its territory covered by ice. On the opposite pole of our planet lies the Arctic, a region consisting of a vast, ice-covered ocean, surrounded by treeless permafrost. These frozen landscapes are the source of inspiration for an Italian label, Glacial Movements, specializing in glacial and isolationist ambient music. The founder and curator of the label, Alessandro Tedeschi, produces and releases his own works under the Netherworld moniker, and Alchemy Of Ice is his tenth full length release; a third for his own label, after Mørketid (2007) and Over The Summit (2011).

For the album, Tedeschi uses some new and previously captured field recordings from underground caves of Lazio, Italy, to create a spacial and textural atmosphere of slowly evolving drones punctuated by the deep rumbling of the subterranean earthly core. The minimal and looped passages echo the sounds of water in all of the molecule’s stages, its pure desolation and absolute void. The track titles hint at the explored seclusion with places such as “Polo Nord dell’inaccessibilità“, which is the northern pole of inaccessibility in the Arctic Ocean, being the farthest from any land mass. Another track, titled “85°50’S 65°47’E” parallels the theme by referencing the southern pole of inaccessibility in the Antarctic ocean. And in between these two points there’s the alchemy of ice.

“The conceptual elements highlighted in the new work of NETHERWORLD are Alchemy – a view from the metaphysical point in both spiritual development and liberation – and the ice, the natural element essential for the achievement of eternity.”

On many of the pieces from the album, Tedeschi approaches my favorite works by Biosphere, William Basinski, Coil, Celer, Loscil, and Stormloop. Indeed, the last three mentioned artists have made an appearance on Glacial Movements along with Aidan Baker, Pjusk, bvdub, and Retina.it. The label is steadily building its reputation among the purveyors of minimal and reductionist ambiance, and its exciting to see that its founder stands tall among the roster of world acclaimed names. For more from Tedeschi be sure to pick up his past releases on labels such as Fario, Angle Rec, Umbra, and Taalem. Recommended for a dark and rainy day…