Italian electronic music producer, Andrea Mangia, started his career as Populous back in 2002 with Morr Music. I remember catching a few of his tunes on the debut, titled Quipo. Returning to the same meditative atmospheres, fueled by ambient textures and punchy rhythmic beats, Mangia paints a soundscape of beautifully produced sonic pastures, ones where the sun rays brush a bathing childhood memory, full of floating clouds and enormous space. Names like Tycho, Christian Löffler, Sun Glitters, Helios, and, of course, Boards of Canada, float to the top of my virtual catalogue, as I prepare a mental playlist where I would feature tracks by Populous alongside that feel-good, hypnotic music that lifts and cradles the soul. On his new record for the Italian La Tempesta Dischi imprint, Mangia explores the feelings of “floating over a calm and mysterious Mediterranean sea” through the concept of Stasi (which means ‘stasis’ in English) – the slowing down of the current insanity surrounding us in the everyday world. It is through this moment of much-needed reflection that we can recover and finally see clearly again, like through the muddy running waters, which need a pause to settle down so that they could be transparent again. Today I’m premiering the opening track from the album, “Orizzonti bagnati dell’Adriatico,” which, with the help of Google, I’ve roughly translated to “shimmering horizons of the Adriatic” [feel free to provide me with a better translation].

“Orizzonti bagnati dell’Adriatico” is a clear tribute to “Prati bagnati del Monte Analogo” which is an extraordinary album by Roul Lovisoni and Francesco Messina, produced by the great maestro Franco battiato. I wanted to transfer those suggestions of quietness and transparency in my native area, that is the south coast of the Adriatic sea, where gorgeous suggestive colors can be seen on the horizon between sky and sea. 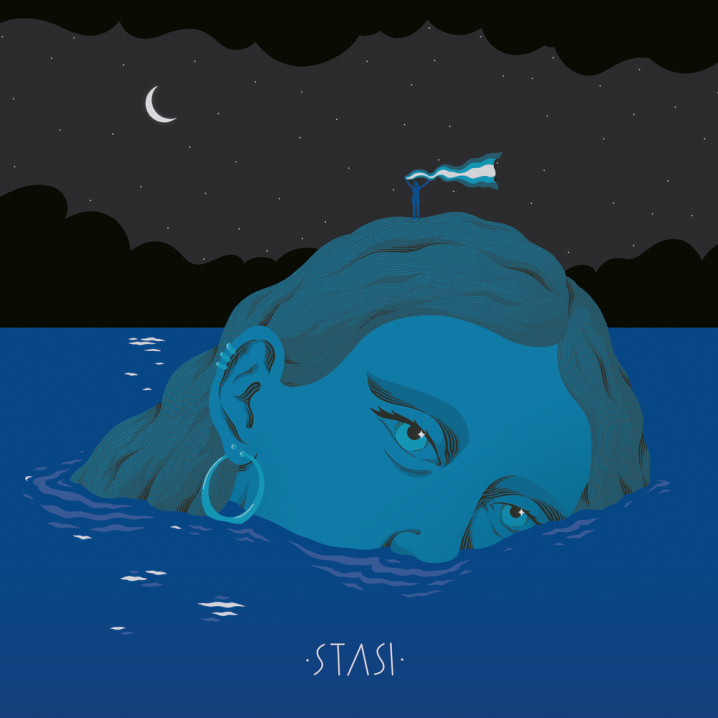