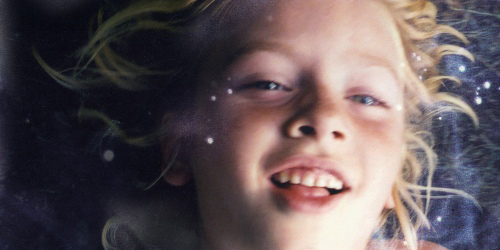 How did you guys meet and come to work on a project together?
It was through soundcloud. i think Gareth dropped a comment that we could perhaps collaborate sometime, and i was delighted, and he ended up sending me a couple of tracks. The first song we created was Storms Break the Day, and we were happy with that, so we kept going.

Describe your recording and production sessions. Were they all done remotely or broken up into individual sessions?
It was really simple. He would send me instrumentals he’d made that he thought would be good for our collaboration, and then i would come up with the vocal part, record it and send it to him. He would work some of his production magic and send it back to me always sounding so good!

I’ve seen you reference the genre as “childhood hymns” — how would you describe your music to my 90 year old uncle?
The songs’ content are extensively about memories, lost days etc, and Gareth’s sounds also greatly reflect feelings of nostalgia. But in saying that, I would rather people interpret the songs how they need to. Take from them whatever they want to. Whatever my lyrics mean to me, what Gareth was feeling when he wrote his pieces, hopefully come through to listeners, but also hopefully leave room for inspiration to draw on their experiences and take from the music everything they need to to better their lives, or that moment, in even a tiny way.

What are the paralells between the name of the project and the 1972 film by Franco Zeffirelli?
Nothing specific. The name suits our music perfectly. The first time I saw that title actually, was not in relation to the film, it was the title of a track that Gareth sent me. And that put the idea in my mind to use as our name.

How did you end up getting signed to Denovali?
Denovali release music for my solo project, birds of passage. They heard some brother sun, sister moon demos on soundcloud and said they would love to release them.

The self titled albums usually serve as an introduction to a particular project. Does that mean that we’ll see more of your work?
Yes, definitely. Hopefully later this year.