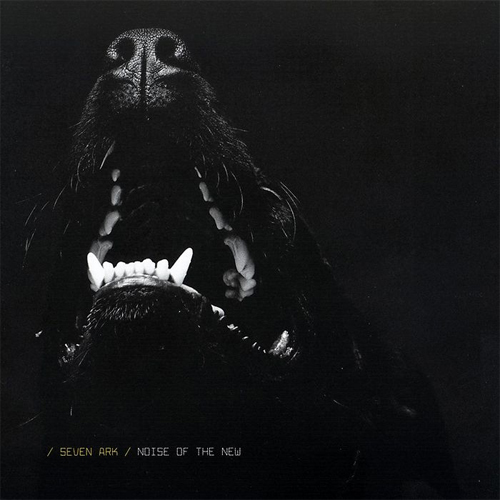 Having released my very own compilation offered me many valuable lessons in this “business” of music. One of these gave me a glimpse into the album’s short-lived attention span that it receives about a few months after its publication date, only to be quickly replaced by the very new, better, and bigger release. But as many of you may have heard me already proclaim in the past that I refuse to ‘date’ my music and I strive to treat past releases with the very same courtesy as the new and the trendy. It is with this thought in mind that I [attempt to] continue a semi-regular column on Headphone Commute, titled Flashbacks. In the past, I’ve given treatment to some of my favorites, such as Orbital, Arovane, Propellerheads, Boards of Canada, The Future Sound of London and many others. Today, as a Flashback Friday, I honor Seven Ark.

The music of Justin de Norbrega seemed to come out of nowhere, when in 2005 I discovered his album on Neo Ouija. This somewhat random stumble upon his second full-length release, Noise Of The New, happened mostly because I was hungrily consuming most [if not all] of the releases on Lee Norris‘ (aka Metamatics, Norken, and Nacht Plank) beautiful label that introduced me to music by my [till this day] favorite and treasured albums by Geiom, Sense, Kettel, Funckarma, Xela, Deru, Apparat, Secede and of course, Metamatics. Along with Gabe Koch’s Merck [whose mix, by the way, will be featured on HC’s podcast in just a few days], the label set the direction of IDM, glitch, and emotional electronica, combining intricate programming with beautiful melodies and intelligent design.

Where as I still followed the progress of many of the artists that appeared to be abandoned after Neo Ouija closed its doors in 2005 – examples of these again include the ongoing success of Sascha Ring, John Twells, and Praveen Sharma – some, like Seven Ark, seemed to fall off the face of the earth. Cape Town (South Africa) based de Norbrega doesn’t even appear to have an artist online presence [as far as I can tell], with his last login to Myspace sometime in 2008. I thought I heard some rumble about his return, but sadly even Neo Ouija failed to fully relaunch when Martin Hirsch took over the label in 2008, with a promising Diaspora: Cottage Industries 5 compilation (on which Seven Ark made an auspicious appearance).

Justin’s music flaunts organic melodies with a sprinkle of delicious crunch, lush soundscapes, and head-nodding dowtempo beats that graced my vinyl crate in mid 2000s, and my complete obsession with the then evolution of IDM. Here is a collection of all my favorite tracks that I played in the early hours of outdoor festivals, after the all-night dancers retired to their tents. Complex rhythmic construction is present in the architecture of each piece, audibly influenced by Arovane, AFX, and of course, Autechre. The sounds float, fizzle, and fall apart, disintegrating through a complex chain of DSP plugins, only to be reconstructed back in the auditory cortex in the upper side of your temporal lobe. The most memorable of these compositions is “Glass Shattering Under Water”, where half way through a track a bouncing glass marble [or the synthesized version thereof] is manipulated through time and spacial effects.

Although now almost eight years old, Noise Of The New still holds its ground strong, and sounds just as fresh and exciting as when its grooves first touched the needle of my Technics. The album aged well, and faithfully retained its mark on the history of electronic music, at least to my ears and knowledge. And if you’re just jumping on this bandwagon, by all means find a copy of this gem. If Justin de Norbrega turns up in your immediate vicinity, be sure to let him know all of the above, and encourage to return to music. Speaking of the return, I spy a freshly pressed release by The Ashes Of Piemonte, titled Winter’s Fire on Time Released Sound, which is a collaboration between Lee Norris (yes, once again, the same founder of Neo Ouija, also known as Metamatics) and Wil Bolton.