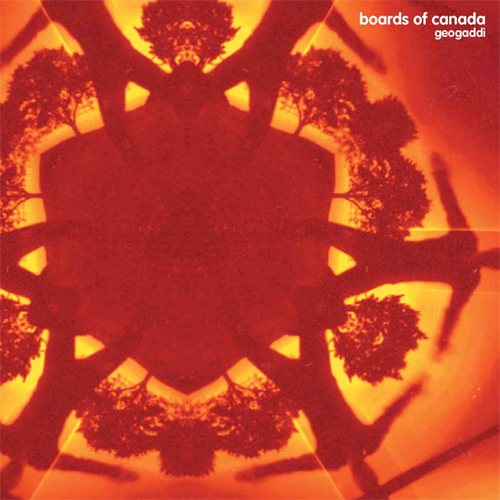 In 2002, the Scottish electronic music duo, Boards of Canada released their second commercial full length album on Warp Records, titled Geogaddi. I say, “commercial”, because prior to being signed to Warp, brothers [yes, they _are_ brothers] Michael Sandison and Marcus Eoin Sandison have released several obscure EPs and albums on their own, Music70 imprint. These were mostly self-made cassette tapes, recorded for their friends and family, and are very rare and pretty much unavailable, with the exception of a few, which were later re-released. In 1995, Twoism attracted the attention of Sean Booth (Autechre) through a demo released on [that famous] IDM mailing list, and soon thereafter Hi Scores EP was released on Skam Records. In 1998, Warp picked the duo up with Music Has The Right To Children, and the rest, as we say, is history.

On Geogaddi, BoC continues to play around with warped effects of stretched magnetic tape, light sprinkled beats, ghostly melodies and echoes of distant voices. The mood of Geogaddi is dark, melancholic, and at times nostalgic for the childhood, perhaps as a continuation of BoC’s previous themes on Music Has the Right to Children. The sound of this electronic recording is very organic and warm, no doubt benefiting from BoC’s use of analog equipment, acoustic instruments, and samples sourced from nature documentary films produced by the Canadian government agency, NFB – National Film Board of Canada. Sandison was quoted to say that Gogaddi is “a record for some sort of trial-by-fire, a claustrophobic, twisting journey that takes you into some pretty dark experiences before you reach the open air again.”

The 22 tracks on the album are a result of 400 different song fragments and 64 complete other songs, which were all trimmed, re-sampled and selected to be featured on a beautiful triple 12″. The last record’s side F (considered to be the 23rd track of pure silence), contains an etching in the vinyl of an image of a man, woman and two children. The artwork on the album consists of kaleidoscopic images of photographs of children created by the brothers themselves.

We last heard from Board of Canada through their 6 track Trans Canada Highway EP, released on Warp in 2006. Today, the brothers continue to stay out of the spotlight, working away on more tunes featuring their original staple sound. Or at least we can hope that they are 😉