When Erik K. Skodvin announced that he is re-releasing Marcus Fjellström debut on Miasmah I felt flushed with cold goosebumps. Has it really been already two years since this composer’s untimely passing? Didn’t Marcus and I just have dinner, then played through the records and laughed in the night? How is it possible that I simply can’t call him and learn on the progress of his productions for the latest film? And as his social media presence continues to haunt me, and as his music continues to fill my surroundings, I sit and I write here, in memory of one of the most unique composers I’ve known in this life. Of course, I am excited to cover this re-press, plus the two limited vinyl editions for Fjellström’s two earlier records, Exercises in Estrangement (2005), and Gebrauchsmusik (2006)… but when the time actually came to write this, I found it incredibly hard… And so in this entry, I turn to the words I have written before, covering Schattenspieler when it initially came out on Miasmah in September of 2010, in this latest entry of Headphone Commute’s RECITAL column.

In his works, Marcus often aimed to combine opposites so that they don’t contradict each other, but rather fuse into a natural, third element – “High” and “low” culture, the naïve and the sophisticated, good and bad taste.

Dark and moody, sad and beautiful, organic and ghostly, Schattenspieler, is an incredible achievement, that grows on you with every listen. This morning, when I was hoping to be a little upbeat, the rainy weather changed my mood, and I have gravitated towards yet another listen of the album, which translates from German as the “Shadowplayer”… Weaving an environment full of scratchy and dusty elements, orchestral arrangements and sad cinematic passages of forgotten films, Fjellström creates a tense atmosphere for the psychological thriller inside your very mind. And the references to film-making are not an accident here. At least four tracks on the album were originally commissioned for the film House Without A Door by Bernd Behr.

Haunting synth and orchestral instrument-based audio constructions, flowing from one moment to the next – the fleeting ghosts of Fjellström’s melodies rise, only to be buried under a claustrophobic clutter of percussion and creaking background noise.

Listening to Schattenspieler, you are placed in a haunted house, where the grey clouds slowly gather over the roof. After a few intense and electrifying moments, the music begins to drip, and then pour on top of your body, slowly saturating, first the stale dusty clothing, then the aching bones. Somewhere in the background, a needle is left on a record, skipping on the very last groove. And as you approach a corner, the flickering light of a candle is stretching the shadows beyond their physical size, leaping between the wooden boards and yellow stained ceilings… Something just ran around the corner! Was that a giant cockroach or a starving cat? Do you dare to enter Fjellström’s world, descend into the basement and find out? 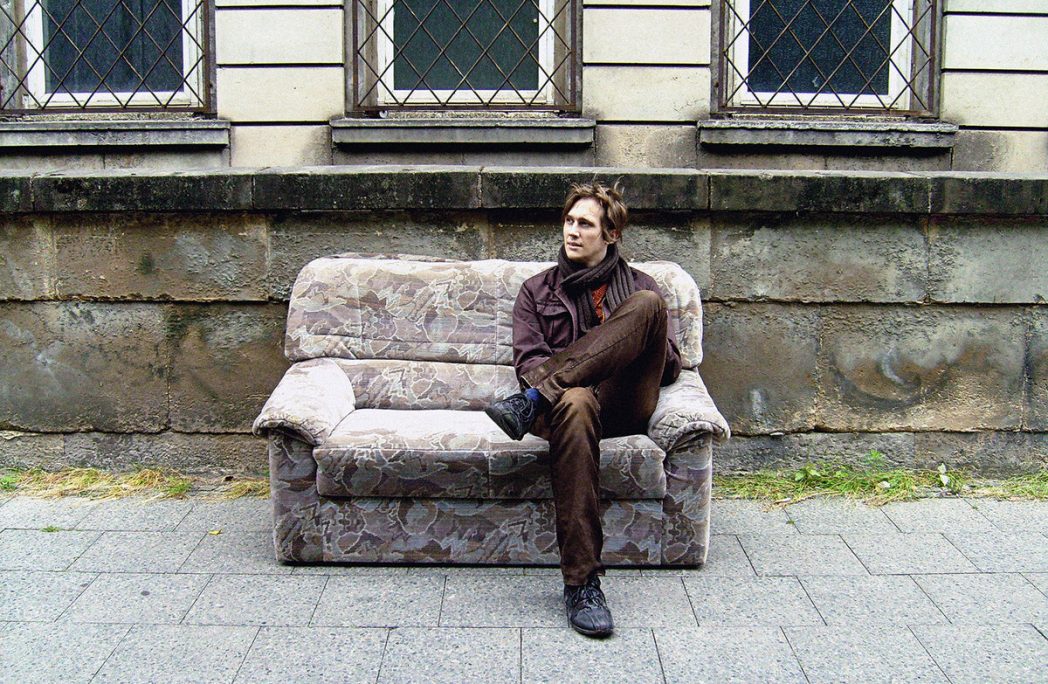 Marcus Fjellström was a Swedish composer and a multimedia artist, last living in London. numerous other orchestras, ensembles and soloists, artists and filmmakers. He spent the last half-year of his life scoring the AMC series The Terror. Musical influences range from electronic acts such as Aphex Twin and Autechre to 20th-century composers such as György Ligeti and John Cage. Further influences include impressionist composers Maurice Ravel and Claude Debussy as well as film music composers Bernard Herrmann, Angelo Badalamenti and Zdeněk Liška.

All 3 LP reissues are available now directly from miasmah.com