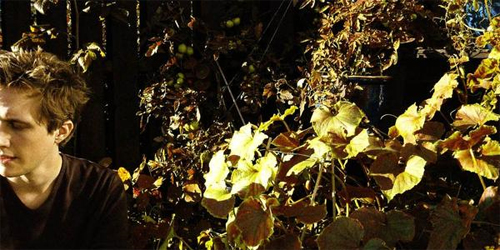 Tell us a bit about the process of composing for Schattenspieler.
Well, I guess there are two facets to it; half of the album — the House Without a Door suite — was composed in 2006, just around when Gebrauchsmusik came out. For that I tried to fuse avant garde classical composition with a ‘Fritz Lang’ kind of sensibility, and relied quite heavily on recording acoustic instruments and processing them. The rest of the album was composed much later, using a very different approach; over the last three years I’ve built and organized a huge personal sound library out of sampling old, forgotten films and vinyl recordings of avant garde classical music. These sounds are later constructed into virtual instruments on which I apply my conventional compositional methods. I think these tracks differ from my previous works in that they are decidedly lo-fi/’vintage’ sounding, and also that they are — in my opinion at least! — more musically conventional and accessible than the music on my two previous albums on Lampse.

And what about scoring House Without A Door – how did that come about?
Bernd Behr liked my debut album ‘Exercises in Estrangement’ (2005) and contacted me about the possibility of commissioning original music for his film project. The film makes numerous references to 1920s German expressionist cinema, which I’m personally very interested in, so I was happy to accept the offer. The music for the film was composed, recorded and mixed all in under one month, and I later reworked the material into the suite on the album, so that it could stand on its own legs.

The album has an eerie tone with dark undercurrents – how would you describe your music?
I wouldn’t! 🙂 It’s very hard for me to describe my music so I generally try no to. But I certainly agree with your description of the album, although naturally it also goes beyond just trying to be eerie and dark. To me, it’s almost always important to create a sense of ‘what is it?’ in my works, to strike a balance between the familiar and the unfamiliar. This album is more directly cinematic than my previous efforts, as well as more deliberately referencing noirish and dark sensibilities and traditions.

What are some of the field recordings that we hear on the album?
Actually, I didn’t use any field recordings on this album, at least as far as I can remember. All the ‘field recording’ sounding stuff is either subtle background ambience samples from old public domain films, or it simply comes about naturally from the process of layering timbres that originate from old dusty vinyl recordings.

What is the central narrative behind Schattenspieler?
If there is one, it’s more of a meditation on certain themes, like noir / expressionist cinema, the deterioration of old recordings, vintage technologies, vintage experimental music and vintage experimental film. Maybe something like ‘the early 20th century seen through the eyes of the early 21st century’. Yeah, that sounds pretty good. 🙂

Tell us about your recent commissions and orchestral work.
For me personally, the most exciting commission recently was to create the cartoon/chamber music work “Odboy & Erordog, episode 2”, which was commissioned by the Swedish ensemble “The Peärls Before Swïne Experience”, an amazing chamber quartet with a unique sensibility. It’s been performed a lot recently with an audience response far exceeding what I’d expected. The work is for quartet, electronic music and animation. Since I did the animation myself it was twice as much work as a normal commission, but it was worth it! It’s a sequel to the first work in the series, “Odboy & Erordog, episode 1”, which can be seen/heard online on my website. Hopefully there will be an episode 3 soon, for another ensemble.

What and who are your inspirations?
I don’t have any ‘heroes’ per se, and I find myself being influenced more by individual works rather than specific artists. But I often find myself coming back to artists like Aphex Twin, György Ligeti, Zdenek Liška, Bernard Herrmann, Drexciya, Claude Debussy, Kraftwerk, early Amon Tobin, Charles Ives, etc.

What are you working on now?
I’m currently working hard on finishing a commissioned piece for the opening of the Unsound Festival in Kraków, it’s a 15 minute piece for 46-piece string orchestra, live electronics and film projections, and it will also involve fellow Miasmah artist Elegi. After that I have two commissions from the classical realm waiting for me, and I’d also like to find time to compile and master the first of a set of self-released CD albums, a little something that will hopefully become a new ongoing project for me.