With the latest announcement of an upcoming live recording of Alva Noto and Ryuichi Sakamoto‘s 2018 live performance at the Sydney Opera House, I only thought it to be appropriate to dust off, revisit, and recite the duo’s third full-length album from a decade ago, appearing on Headphone Commute in September of 2009. And it’s been a long decade without new music from the maestros if you don’t count their soundtrack for The Revenant (Milan, 2015) or last year’s Glass (NOTON, 2018), which, too, was a recording of an improvised live performance, taking place in architect Philip Johnson‘s 1949 home, “The Glass House”, in New Canaan, Connecticut. Following that success, Noto and Sakamoto went on to perform a concert called “TWO” at The Barbican, and then, yes, Sydney Opera House, and so, we’re about to receive that one gift… but before there was TWO, there was a project condensed from “utopia” with the concert and the visuals, released on a DVD. Let’s dive in!

Alva Noto and Ryuichi Sakamoto are unquestionably among the masters of modern experimental music. Noto has crafted a musical language all his own based on the most elemental of sound sources – electricity, static, white noise – and helped to raise laptop production to new heights. Sakamoto has such a varied an brilliant career, ranging from his days in the pioneering Yellow Magic Orchestra and his Neo Geo Japanese pop, to bossa nova, classical works and majestic film scores – including the unforgettable theme from Merry Christmas Mr. Lawrence, in which he also starred opposite David Bowie. And, of course, his explorations in electronic music where his collaborations with artists like Fennesz and Noto stand as milestones. 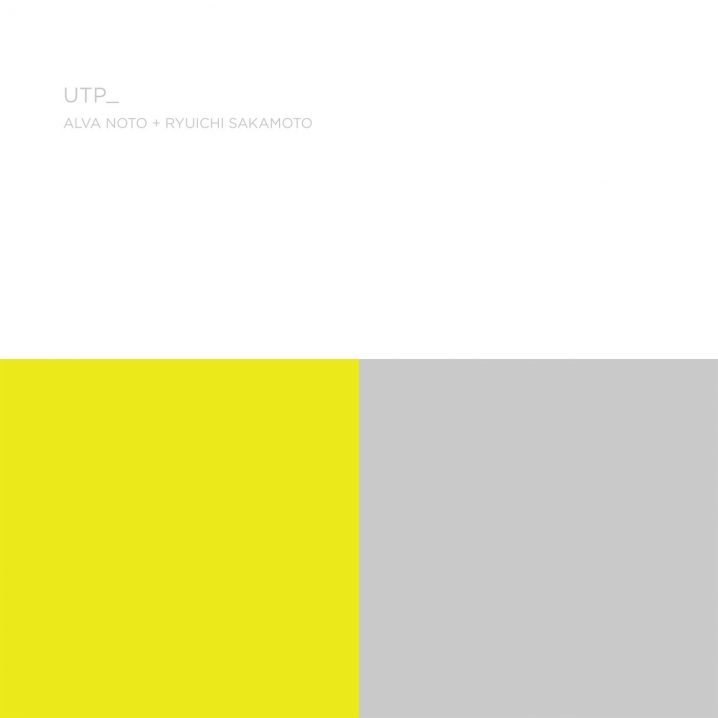 Utp_, the third collaboration between Noto and Sakamoto, opens with a sustained electronic tone that is gradually joined by a cello note to form an electro-acoustic drone. On top, a series of angular jabs from the Ensemble Modern string section combine with rhythmic bursts of white noise from Noto. Sakamoto’s muted piano is introduced on track 2, “grains“, but is much less prominent throughout than in the duo’s previous collaborations. The piano is only out front on a couple of tracks – “grains” and “broken line” 1 and 2 – which also happen to be the most melodic and easily approachable tracks on the disc, bubbling along to Noto’s delicate microbeats.

Like the previous collaborations, utp_ blends together electronic and acoustic sounds to hair-raising effect. The contribution of Ensemble Modern, one of the world’s leading ensembles of ‘new music’, adds dynamism and breadth to the sound pallet but the tone is not so far removed from the intimacy and melancholy of Insen, the duo’s previous full-length release from 2005. The most striking difference is that while the previous outing centred on Noto’s laptop treatment of Sakamoto’s piano, here it is the Ensemble – particularly the string section – that is most prominent.

There’s a sombre intensity to the music, which blends modern classical with experimental electronic music in a way that bridges the divide between past and the present. The piece was commissioned on the occasion of the 400th anniversary of the city of Mannheim in Germany and at times the deep and vibrant cello tones seem to be calling from that distant past. But most of the time the Ensembles’ instruments are employed to produce sounds that are far removed from the ‘classical’ conception of music, melding seamlessly with the bleeps and glitches of the present in a way that feels completely organic. On tracks like “silence” and “particle” 1 and 2, the result is a blanket of ambient sound while on “plateaux” 1 and 2 the electro-acoustic drone is all-encompassing. 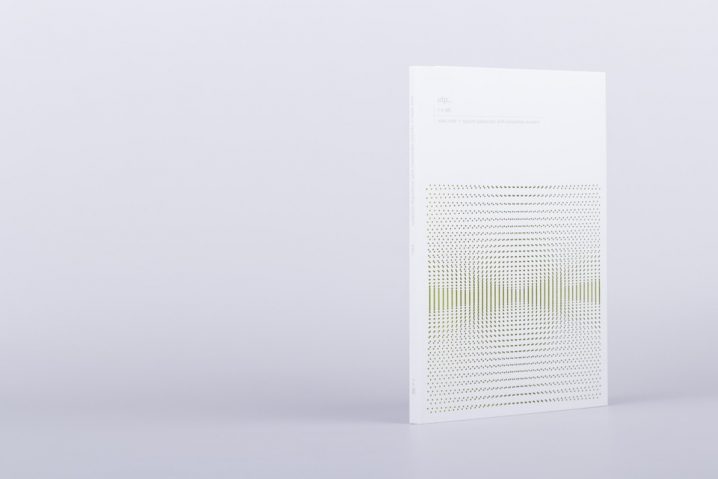 The title of the piece, utp_, is derived from the word “utopia” and the concept that Sakamoto and Noto developed for it is derived from the rasterized structure of Mannheim, which was conceived as the “ideal city” in the 17th century. This and more is explained in the documentary film on the development of the piece, which is included along with the utp_ concert movie on a DVD that accompanies the CD (pictured above). Also included in the impressive package, which is indeed worthy of the music, is a full-colour booklet and the score.