So we’ll never know who is really behind the Gestalt Communications (Gescom) project… So what? It’s pretty obvious that Sean Booth and Rob Brown of Autechre had their hand at this. The clues on this 2003 EP are the references to a well-respected label, Skam, and its title, ISS:SA (and even the latter is slapped as a braille sticker). The release did, however, follow on the heels of Autechre’s DRAFT 7.30 (released only a week later on Warp), so many fans picked up on the glitchy destroyed patterns, doomed abstract chords, and unrecognized splattered percussion to be as an extension of the album. Unlike any other collective, Gescom continued to lead us into the dark alley of their deliciously nightmarish pleasures.

Incorrectly perceived as simply an Autechre side-project, Gescom exists as a platform for a number of aligned artists to work in various different combinations, whilst remaining otherwise-anonymous. Personnel in Gescom has varied from release to release and even track to track. 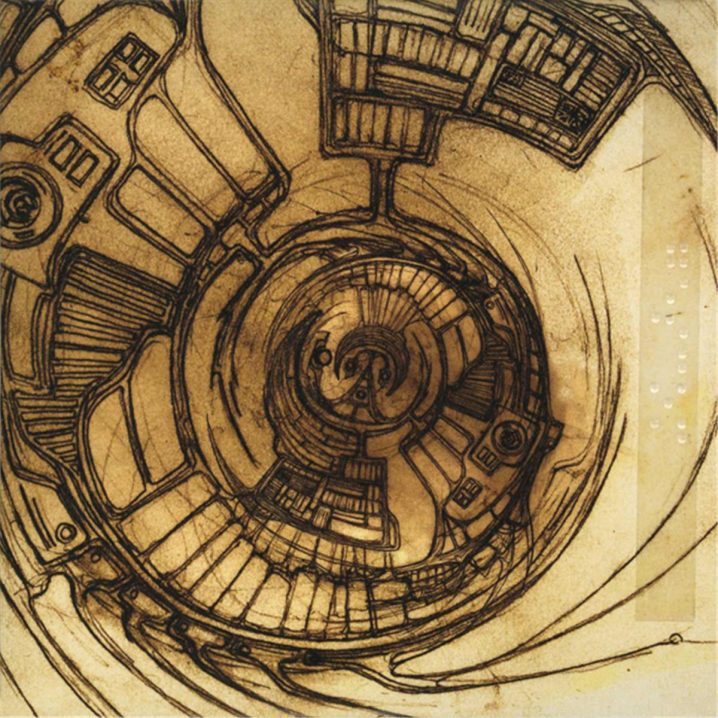 The last track, titled Slow Acid is a favourite of mine. This needs to be turned up much louder to hear all the tiny little white noise melodies in the background, while the kick progresses forward in a steady beat, and the common acid-house chords are choked up beyond comprehension. Subwoofer definitely required. The artwork contained in the sleeve of the record is a special bonus. Another testimony to why records can offer just a little bit MORE. The insert is a two-sided glossy print featuring a digitally modified image of a trumpet, or perhaps a polished motorcycle exhaust pipe, creating an astonishingly bizarre MC Escher brass instrument, the likes of which could only belong to Booth and Brown. 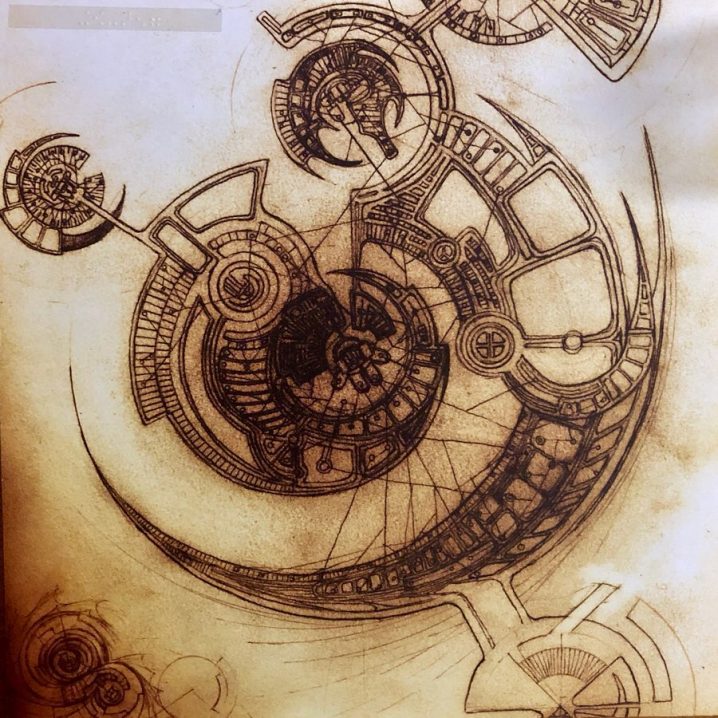 The CD version of the record has a bonus track, titled Megamix. This is a 15-minute Gescom concoction which was originally featured on BBC Radio One‘s “One World” show when they did a Skam Records label profile. Here, the metallic rhythms and bit-crushed patterns are continuously looped into tiny fragments. I can only speculate if all the pieces are from previous Gescom releases and if it was performed live by sliding the loop window over an area of some track(s). Sadly, the “collective” has stopped putting out releases after the follow-up full-length release, A1-D1 (2007) and a short echo a few years after, titled Skull Snap (2011), this time, surprisingly, appearing on Skam’s sublabel, Skullsnap.