Writing about music for over ten years presents a fascinating opportunity to warp time itself and loop upon the music of the past. In this RECITAL column, I do just that, by celebrating the albums that have been a part of my life since the inception of Headphone Commute. Just like an album can get remastered for its anniversary re-release, these writeups get re-rewritten and polished off to be presented as new… after all, music lives outside of time… Speaking of time… I just finished watching another episode of the German TV series The Dark, for which Ben Frost composed the soundtrack. So it’s only appropriate that I travel back to 2009 to hear By The Throat again. It’s playing through my speakers as I type and replenish the words originally written a nearly a decade ago. Let us begin.

Ben Frost represents one of today’s new breed of composers who conjures an aural broth that inhabits an amorphous cross-section of genres. It’s impossible to truly classify where he is coming from musically and to simply label him an experimental electronic musician brings no justice whatsoever 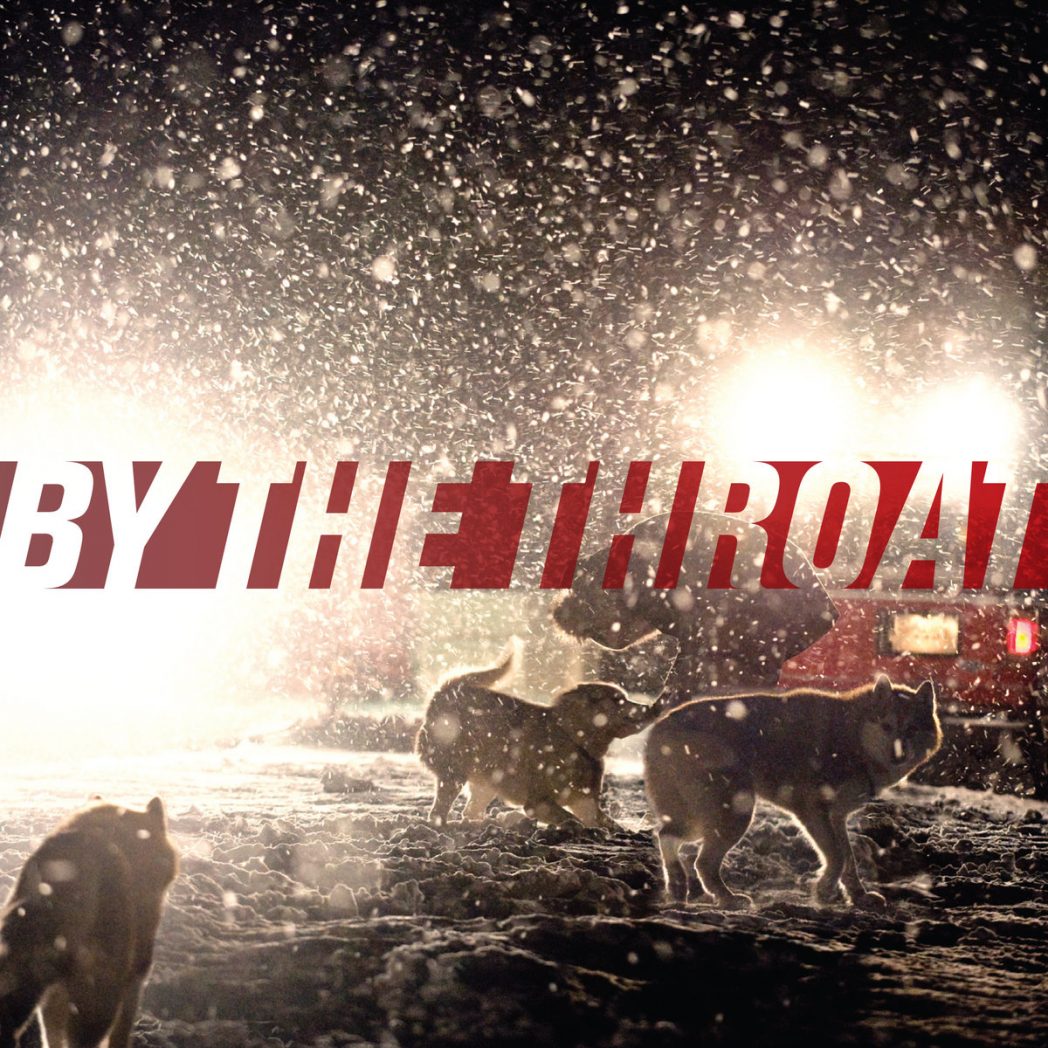 I first listened to Ben Frost when he released his sophomore full-length album, Theory Of Machines, on Bedroom Community back in 2007. I described his music as ambient hardcore – psychologically raw, punishing, and overdriven guitars, with reverberated pads and rhythms that mutate into white noise and back, sending chills that originate deep from within your ear canal and slide down to your toenails. That album left a lasting impression on me. Enough to select it as one of the best albums of the year. I didn’t think that Theory Of Machines could be outdone… That is… until I put on By The Throat.

While listening to Theory Of Machines, I compared Frost’s sound to that of an angry furry armadillo, creeping up the inside of my legs with a cold long needle, leaving me drenched in sweat. And with this latest instalment, the chills rise up my spine and hold me, in perpetual, electric shock. The cover art alone puts into my mind the images of my final moments, lying naked on the snow, steam rising from the breath of a hungry wolf, his teeth sunk into my throat. And the track titles do not let up: Through The Glass Of The Roof, Through The Roof Of Your Mouth, Through The Mouth Of Your Eye. 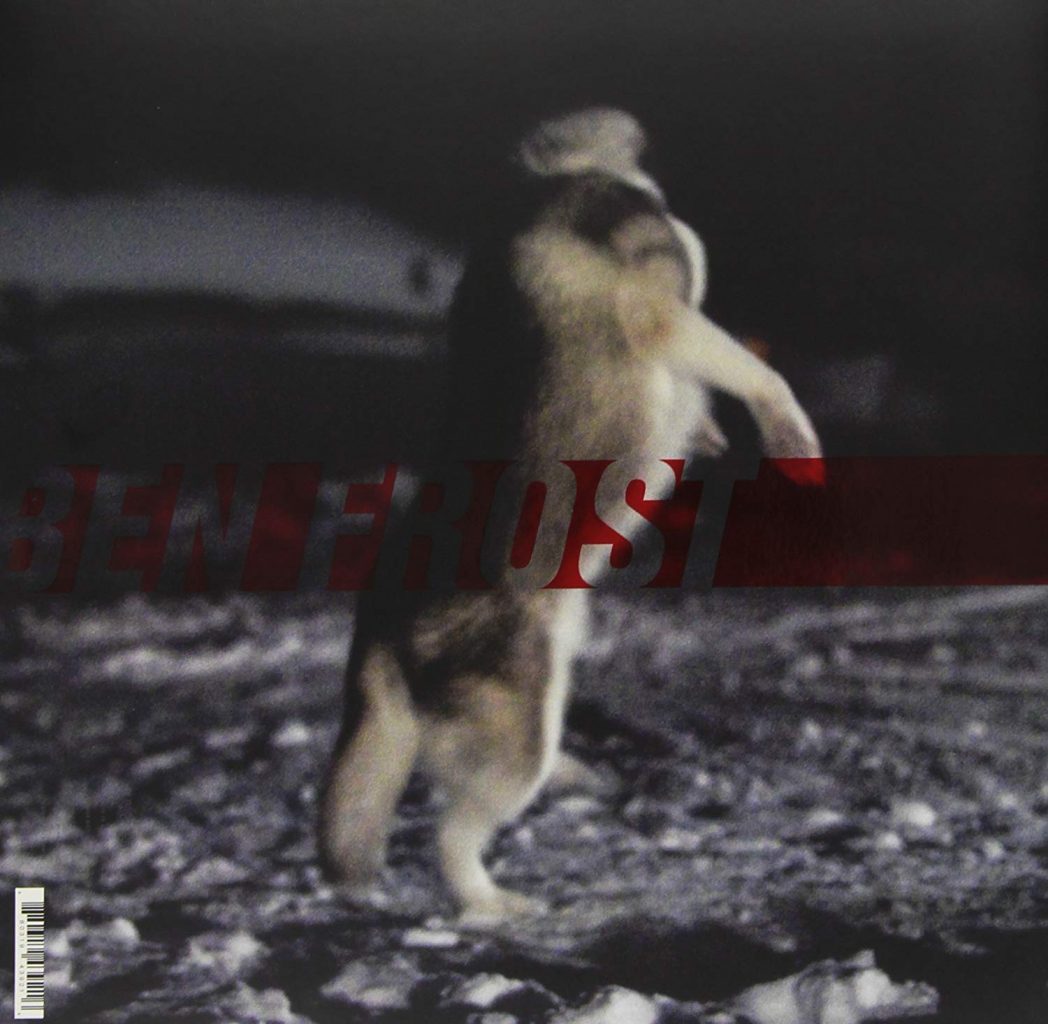 And the music? Dark grinding metallic strings scratched through distorted pads, deep breaths, growls, and choking melodies. The intensity of the bass and guitar riffs create those instant goosebumps, tickling on the inside of my ears, and clawing at my chest. White-knuckled in my seat, I think I accidentally scratched a healing scab off of my back and now I’m bleeding through this white collar shirt, the tie restricting my cries. Let me out! I’ve heard some dark and terrifying ambiance in my lifetime, but Frost’s onslaught is incredible. I stand applauding.

And the production? We’ve got top-notch mastering going on here, with perfectly sampled strings played with dry bows over the thumping kick, and rising voices. With contributions from Jeremy Gara of The Arcade Fire, Icelandic quartet Amiina, Swedish grindcore band Crowpath, and of course, the classical touch of Nico Muhly the roster of artists is exciting alone. Oh, and did I mention that it was co-produced by Valgeir Sigurðsson?

It was created under the cloak of nocturnal snow in the far northern reaches of financial-fantasy island, a concept borne of Frost  and weapons manufacturer, war monger and evil genius Sruli Recht, captured by the all-seeing-eye of Bjarni Gríms and forged in the fires of hell by Rebeca Mendéz…

Frost’s music is all about contrast – merging beautiful classical minimalism with the dirty grind of metal and drone core. This combination is unsettling to the mind, refusing to split in half and choose between the genres. Born in Australia, Frost has been living in Reykjavik, Iceland – home of the above-mentioned artists, and of course Sigurðsson’s acclaimed Bedroom Community label. His debut solo album, titled Steel Wound, was released on Room40 in 2003. There’s also a two-track digital EP, released together with Lawrence English, titled Anyone Can Play… Anyone Can Sing (Dreamland, 2004). In 2007, Frost released Theory Of Machines on Bedroom Community and spent the next two years cooped up to dream up this nightmare. 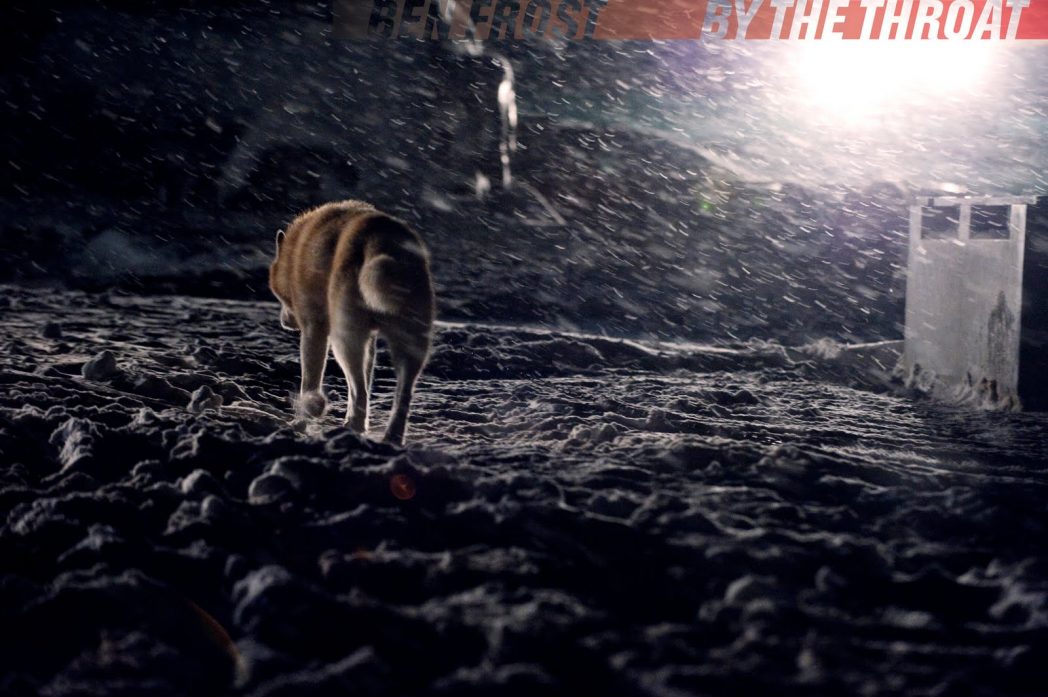 Let me restate my earlier conviction: By The Throat is even better than Theory Of Machines – a feat I thought impossible to bear. This is the music of suspense. The terror of the unknown. The ethereal melody at the end of the tunnel that gets cemented off a few inches away from your desperate crawl. The piano keys expand and shrink with pressure, and the white and black chip off and vanish. The tension ends with the last track, and although you can exhale, you want to feel the angst again. You want to feel. You want to feel…