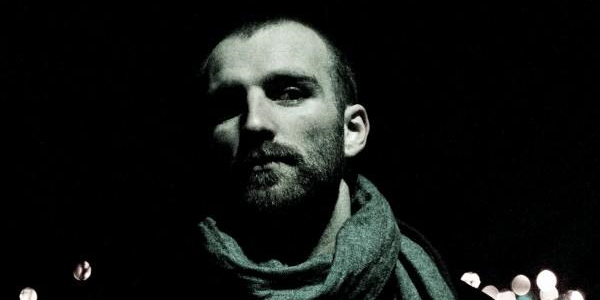 How long did it take you to actually compose this album?
2 years more or less. This is true of most of my work, I would have liked it to be less, as after 1 year it could easily become 3, or 4 and then you start getting into Geoff Barrow/Kevin Shields territory, its a slippery slope.

Tell us a bit about collaborating with Valgeir Sigurðsson on the album?
I saw a blind person waiting at the crossing with his guide dog yesterday and I watched the way the man reacted as he heard the steps of everyone around him begin to walk. I watched his body twitch with the near certainty that he was safe to walk, and yet he waited that extra couple of seconds for the beast to react accordingly- he waited for the specialist; solidifying and supporting that instinctual visceral reaction with the trusted, watchful eye

Can you shed some light on some of your production techniques?
-Set up 2 unmatched microphones on an instrument, one ribbon, one valve condenser at odd, totally unequal distances from the sound source.
-Record for some time.
– Take the material mute one channel, place it mono and then play along to it, recording a “duplicate” with the same setup again
– Splice the left channel from the first recording with the left channel of the second, and vice versa
– Drop one of the new mutant stereo pairs down an octave, remove all the bottom end from it so you are only left with the very high frequencies and then blend it with the other stereo pair
-Repeat the process with similar instruments, all performing the same material, splicing, repeating, shifting octaves up and down, blending further
– Shape the summed image using a combination of an SPL transient designer and the Apple audio units graphic eq- the one that you get with garageband
-Render out a mixed recording of the whole piece through a Manley pultec and then delete all the original material from existence

What is the balance between acoustic and electronic in your work?
I dont think about that, I have never thought about that, I really dont know how to answer that question- all instruments, acoustic electronic or other wise are simply means to an end which is beyond any calculable sum of its parts.

Who is the protagonist in this dark soundtrack, and what is his story?
What this record means to me is not what it should mean to anyone else.

The wolves seem to play an important role. Can you elaborate on their appearance in the music? Did you sample the growling yourself?
They are the children of the night right? Simply I am just drawn to anything that operates in life at a purely primal level; animal, mineral or vegetable. I didn’t want to hear their presence on this record as an oppressive, threatening sound. It is not intended that way. Wolf song is the most magnificent natural summation of unity and harmony in darkness I could conjour- I could listen to it forever.

What is it about Ben Frost that makes him create this kind of music?
I am not trying to be evasive but I just simply dont know how to answer that question. I am a musician, I am a composer, an artist, a creator, or whatever fucking label anyone cares to put on what I do, but ultimately I would be doing this whether it was loved, hated, socially acceptable, reprehensible or irrelevant. I would not know how to not do this- it is no more complicated than that.

See also Headphone Commute review of By The Throat