Color Out of Space OST 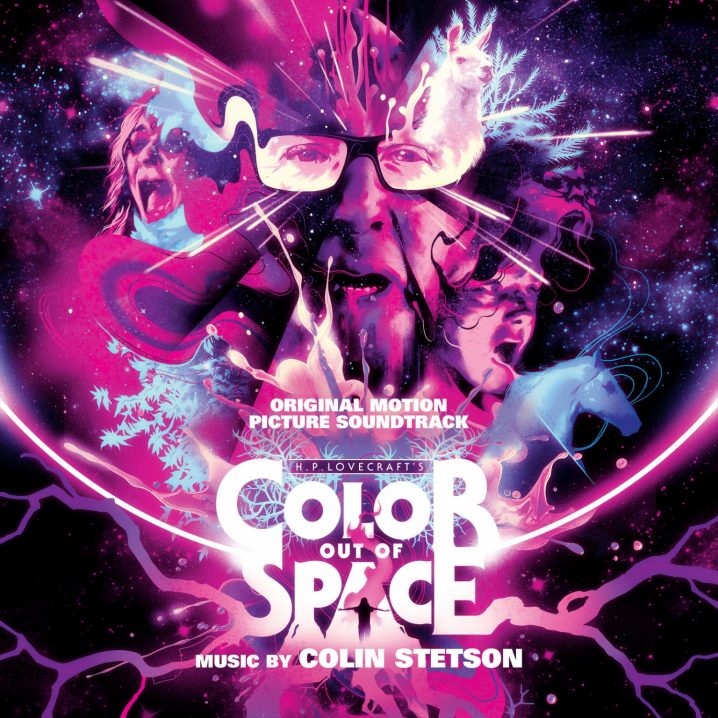 I have previously covered Colin Stetson’s soundtrack to Hereditary horror film, so I thought that I would be prepared for his score for Color Out of Space. I was wrong. Nothing prepares you for this unbounded rumble, the sonic expansiveness, and the incredible dynamics of this score. There are moments when the screws escape my scared furniture, and there are moments when the beauty of the piano makes it weep. This is an emotional amusement ride, which packs a punch without its visual counterpart. And no, I haven’t seen this Richard Stanley film, which stars Nicolas Cage for the HP Lovecraft adaptation. Not yet. But I can feel its essence in this room right now, with howling woodwinds, wailing strings, and something else, entirely non-human, that roars in agony beyond the shadowed themes. I listened to this score with the volume turned over to eleven (I’m pretty sure it’s louder than I’d see it in the theater, unless, perhaps, in IMAX, if it’s playing there right now). I’m not entirely clear on the story [I do not read synopsis prior to the film], but I can hear the thumping heartbeat in the music, and I am not exactly sure if it’s my own. Stetson is an American bass and alto saxophone player, who’s played alongside Arcade Fire, Bell Orchestre, and Bon Iver. But it is his solo output, and more importantly, these terrifying scores that genuinely attract me to the mind behind this music. Another perfect score [in a different meaning of this word] for LA-based Milan Records, which specializes in the soundtrack releases. Highly recommended for fans of massive atmospheres, cinematic dread, and impeccable acoustic sound design. 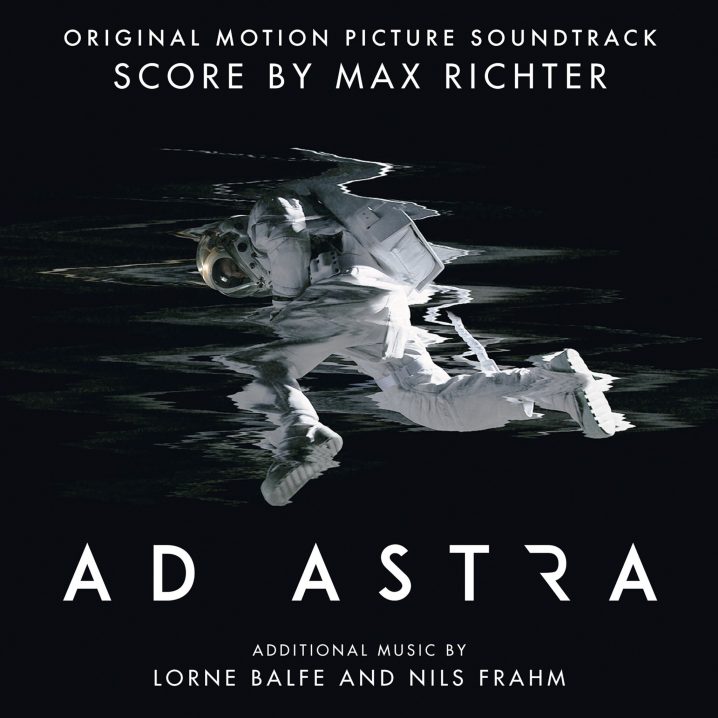 Ad Astra may be a full-blown Hollywood production [starring none other than Brad Pitt], but it still features a very personal score by Max Richter. And if you dig through the action-packed, chilling, and in some cases, tense cinematic passages [it’s a 2+ hour soundtrack!], you will discover some of the most beautiful music, which stands entirely on its own. The film reviewers have called this James Gray sci-fi thriller “existential” and “intimate,” and I can see it already being linked to “other space films” like Moon, Gravity, Arrival, Prometheus, and maybe even Under The Skin. If any of the films mentioned above appeared on your watch lists, or, more importantly, if you’ve enjoyed their soundtracks, as I have very much, then Ad Astra OST is a must in your collection. Here, beyond the textured drones and anticipation-building orchestral drops, you’ll find the ultimate Max Richter. Listen to the piece “I Put All That Away” and hear the longing, sorrow, and distress of the exquisite piano carried by the strings. Surpassing the gorgeous modern classical compositions that work so well with the subject matter of our uncertain existence in the vast universe, I also find it extremely pleasing to hear Richter work with synthesizers, dramatic effects, and sound design. It appears that the composer was also inspired by the NASA Voyager probes, which left the Earth in the 70s, and he converted the plasma wave radiation data detected by the receivers into sounds used within the composition. “When Brad Pitt’s character is flying past Jupiter or Saturn, we can hear data recovered from that site in the score,” said Richter. “The way I’ve done that is by manipulating and turning that data into sonic objects.” The score also features an appearance by Nils Frahm with his piece “Says.” Pick this up directly from Deutsche Grammophon. Captivating, inspiring, and touching. 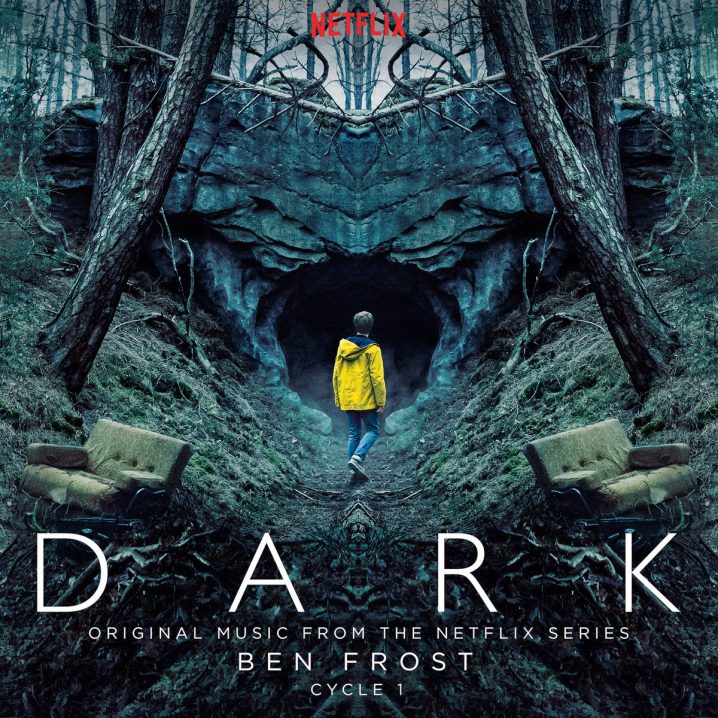 For this writeup, I might as well cover the two separate volumes – Dark: Cycle 1 and Dark: Cycle 2. At about 40-45min each, they can be heard together as one continuous soundtrack by Ben Frost, and I hear that the third cycle is already in the making. Now, Frost is not a stranger to creating music that encompasses all of the intense, high-pressure level, and fierce tension. From his debut, Steel Wound (2004, Room40) to the amazing Theory of Machines (2007), By the Throat (2009), and of course, Sólaris (2011) for Bedroom Community, this Australian-born and Reykjavik-based sound alchemist has been evoking ear-drum-popping, goosebump-chilling, teeth-grinding music that has been topping all of our charts. I must admit, I really enjoyed this Netflix series, as it explored time travel in an entirely new and exciting way. But it is the music of Ben Frost that made this experience a lot more extreme, pungent, and at times even sinister. Listen to the music on its own, and you will hear the violin sliding melody continuously hint at that anxious feeling hiding in the corner of your mind. And then, of course, there are these massive drops, that resonate among distorted saw-tooth grinds along with the pretty upper-register melodies that wind these fearful emotions into a single ball of nerves, until it too, unravels in dispair. This is a score that must be listened to as loud as you can, as it plays nicely with dynamics across the entire frequency spectrum. No wonder it has already appeared on Headphone Commute’s Best of 2019 lists. Pick this up from either Invada / Lakeshore Records. Highly recommended!