If you’ve been following my musings on this site, then you’re aware that I’m a fan of soundtracks and film scores. These do expand beyond just movies into games, ballets, and even special installations. On more than one occasion I have gathered a few of my favorites into a Sound Bytes column. Examples of these include these latest entries featuring Hauschka with Rob Petit & Robert Macfarlane, Clarice Jensen, and Hannah Peel; Rutger Zuydervelt, Jacaszek, and Snorri Hallgrímsson; and Colin Stetson, Max Richter, and Ben Frost. So plenty of music for you just there to discover. Today I am uncovering three more, from favorites to unexpected and beyond. Actually, I’ve bookmarked half a dozen scores to cover on these pages, let’s start with these for now and we’ll see how far I’ll get… 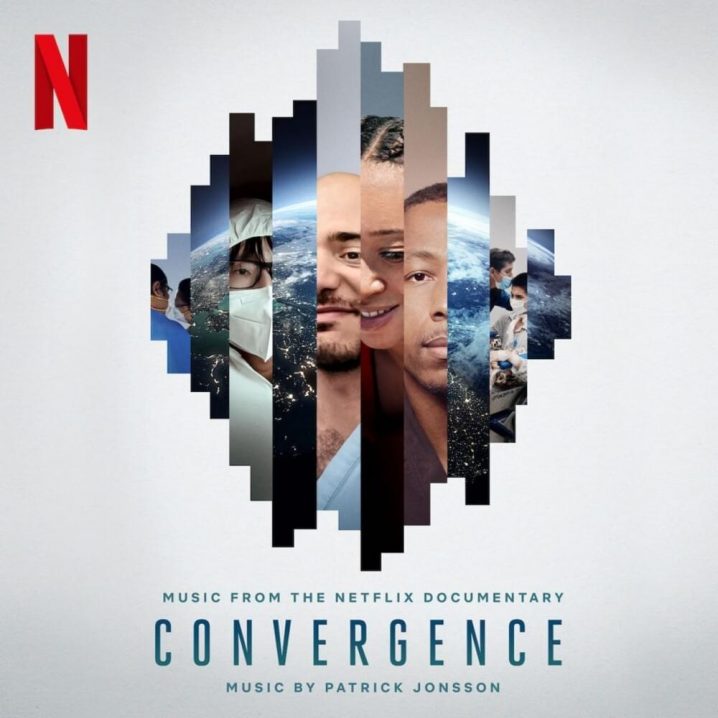 At first, a quick disclaimer: I know nothing about this documentary produced by Netflix, except what I have read online when trying to “research” the subject scored by Patrick Jonsson. That’s just as well since I’ve consumed this 47-minute release as a collection of seventeen distinct and punchy tracks, each covering a story through an intricate and always moving cinematic arc. The orchestration here is absolutely stunning, but it is also the deep bass and the forward pacing rhythm that absorbs me into its depths. Then suddenly the clouds part and Patrick plays the piano, the melodies so lovely and so snug. Until the strings pick up the storm and then we’re back on tracks, pursuing tension and suspense that’s got the heartbeat going. Released by [unknown to me] Air-Edel Records (a music company, a publishing house, and a recording studio), the score is for a film that follows nine individual stories of everyday lives across the world, as each deals with the onset of the pandemic. “It was important to me to musically try and capture the feeling of uncertainty and lack of resolution that we’ve all felt throughout the last year and a half,” says Jonsson of the score. I think that he has captured all that feeling fully. The overall incertitude is well expressed in sound. And playing through Convergence one cannot help but feel “the sensation of being trapped in your body without breath, but also of being trapped in parts of society with nowhere to turn to for help.” My only gripe with soundtracks and scores is that the pieces tend to be like teasers, so brief and packed full of emotion, which only leaves me wanting so much more. And although I would want a track like “Abandonment” to last for ten or twenty minutes, I guess that I will take three that Jonsson shared. (p.s. don’t judge the album by its cover)

Return to Sea and Sardinia 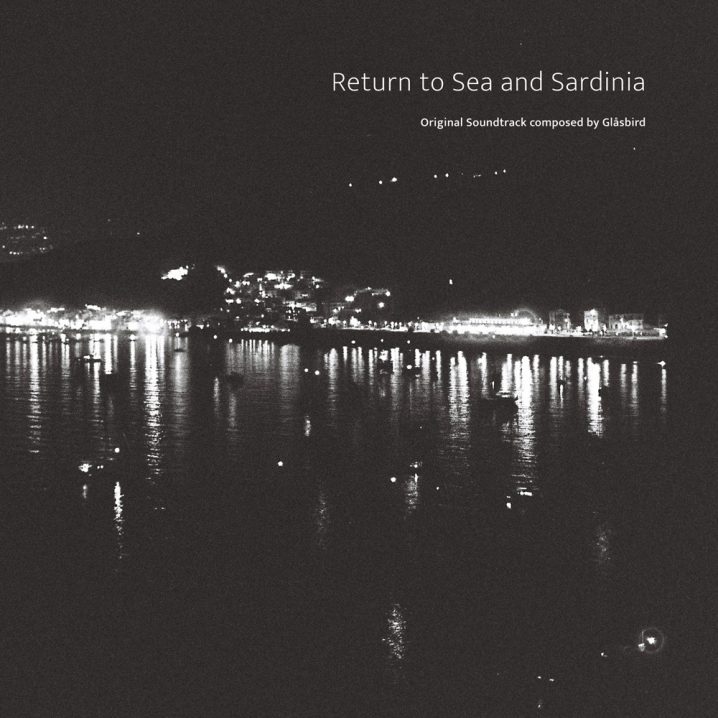 As [a bit] expected, an artist, who continues to remain anonymous behind the Glåsbird alias, has migrated from their slowly-evolving geographically-inspired blend of present classical and Scandinavian ambiance into compositions for film and documentaries. The music already appeared on the screen along with moving images directed by Federico Mattioni and a documentary by The Loners, and now, Whitelabrecs releases an official soundtrack for Return to Sea and Sardinia. Here’s some background info about the project: “In January 1921, some 100 hundred years ago, the renowned writer D.H. Lawrence set sail for Sardinia, joined by his wife Frieda. He produced a critically acclaimed travel novel called Sea and Sardinia, reflecting his observations as he traveled. His creative use of language and expression add colour to his reflections. To mark the centenary of the journey, film director Daniele Marzeddu and his crew returned, to retrace these steps.” The score collects 19 vignettes and sound postcards (accumulating to over an hour of playtime) to augment the visuals with organic ambiance, field recordings, and echoes of classical music (as if played through a hi-fi victrola). There is a flavor of Mediterranean essence, wafting through the music the way the ocean sprays the coastline of this Italian island, following in the footsteps of the renowned English writer a century on. This limited edition release of 300 CDs includes a 32-page booklet of stills and captions from the film to round off this experience in a nicely made package. The film premiered on October 29th with more screening dates to be announced shortly. More info on the film can be obtained at seaandsardinia.org 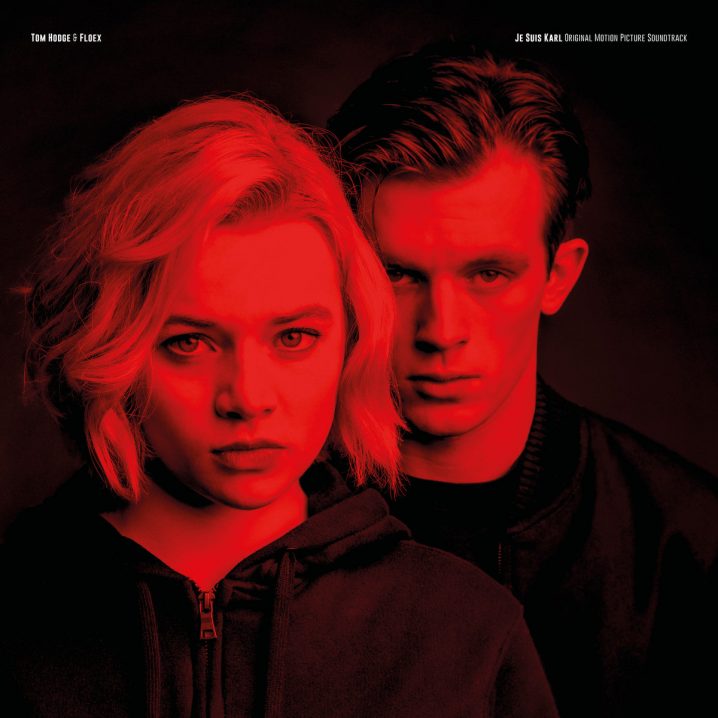 London-based composer and pianist Tom Hodge and Prague-based electronic musician and multimedia artist Tomáš Dvořák (recording under his Floex moniker) have worked on soundtracks before. Perhaps their 2018 collaborative release for Mercury KX is not a real score, and yet A Portrait Of John Doe indeed appears that way, sufficiently enough for me to pick it as one of the best albums in my coveted Music For The Film Behind Closed Eyelids category – a list which permeates with soundtracks and scores. It’s also worth a mention Dvořák’s work on games, specifically for the Amanita Design where he has scored their numerous Samorost volumes, Machinarium, and Pilgrims games. Earlier this year he’s also released a score to Papetura puzzle (all of which I highly recommend). For this German feature film, directed by Christian Schwochow the duo construct deep atmospheres and agitated textures to capture the arching storyline conveyed in this alluring thriller. Not all the tracks appear in the movie, and thus the album stands out on its own – so you don’t have to know the plot to understand its moody tale. “During the creative process, Tom and Tomas experimented a lot with the texture of the music. While certain classic cinematic elements, especially strings are present, the sonic palette is much richer. It invites the listener into an intense universe of dark heavily-processed material containing deep, melancholic, and sometimes even threatening moods.” Released on Czech Minority Records, which you should dig a bit and pick up other scores, like the Hidden Orchestra‘s Creaks (another amazing game), Je Suis Karl is sure to capture even the bland of imaginations, because the music says it all!

A few more soundtracks that earn an honorable mention in this column include Julia Kent‘s Stories From The Sea; Clarice Jensen‘s Identifying Features (from whom I’ve got a mix to share in just a couple of days!); Max Richter‘s score for Apple TV+ original series named Invasion; and, most excitingly, Sam Slater and Hildur Guðnadóttir‘s soundtrack for EA‘s Battlefield 2042 videogame! I’ve had these on rotation all weekend!