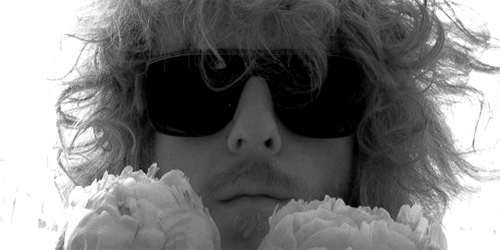 Some research suggests that olfaction (sense of smell) is the highest memory triggering sense. What are your thoughts on auditory triggers, and more importantly, music itself?
It’s always been shown that through music we remember certain situations and times. The brain is always amazing when it comes to storage and recall but then becomes a very scary thing once things start to go wrong through illness or injury.

Do you think some pieces (particularly on An Empty Bliss Beyond This World) can produce false memories, or perhaps even spurious amnesia?
Maybe music has the power to create memories you have never had and often it can unlock a memory which has laid hidden for a long time. I do get some very interesting messages from people who have such experiences from listening to certain work I have done.

A few tracks on your album, like Mental Caverns Without Sunshine, appear more than once. Can you elaborate on your peculiar choice of placement?
The idea with the release was to perhaps have elements repeating throughout the release to give a sense of deja vu and to leave people a little lost and confused.

And what about the title tracks themselves? Would you be kind enough to reveal the source?
Many of the titles come from books about people suffering from alzheimer’s and/or other brain related malfunctions which alter their own reality.

Finally (and if you’re not too keen on revealing the mystery, I would understand), what is the source material on which the album was based? Are these some records from your personal collection?
I bought the source material for this when I was in New York last year, at the time there was no plan to make another album as one had already been finished for Grant Gee’s film ‘Patience’ as a soundtrack. When i got the records back home they were perfect and the audio on them couldn’t be ignored.

The Caretaker, is a character inspired by Stanley Kubrick’s “The Shining”. How does The Caretaker’s music become the conduit between the spirits and the human world?
I think the connection is probably there due to many of those whose audio i use having now passed away. Whilst ‘The Shining’ was a big influence on initial albums equally influential have been Dennis Potter’s “Pennies from Heaven” and the Herk Harvey film “Carnival of Souls” which really sounds incredible. Lyrically too a lot of the music from the period of 1925-1945 has a lot of references to ghosts and death due to the World Wars and that generation of young people who gave up their lives so already has this incredible feeling of loss and absence which shines through.

What is your fascination with memories and feelings… or rather, what is the inspiration that drives you to compose these sonic tools that juxtapose the two?
We are our memories and the saddest thing and big fear we all have is of losing our ability to remember as then really we are nothing only a shell and it’s tragic for those around us to witness this descent into a living hell (even though we ourselves would not recognise anything being wrong).

Care to share with us the current projects that you are working on?
This year there are still two more volumes of ‘Intrigue & Stuff’ to come out and the soundtrack I made to ‘Patience – After Sebald’. Next year will be a lot calmer release wise as this year there is a lot and dust will need to settle on everything. I am though involved in some very exciting new works both alone and with some incredible people of which more will be said when the time is right.