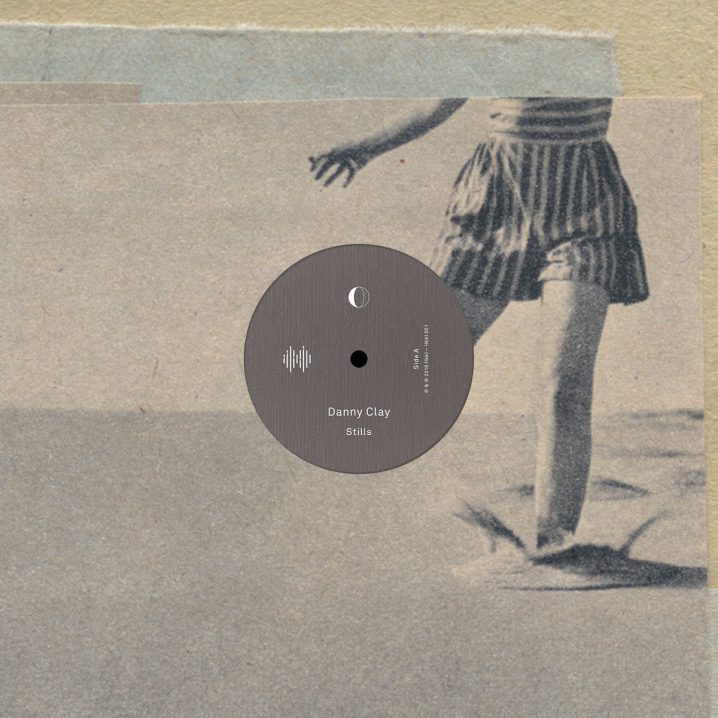 Stills is a collaboration between Danny Clay and Katrien De Blauwer, combining his music with her photographic works to create a book + LP combination. It also serves as the debut release for the art/music imprint IIKKI, a sister to the Eilean record label. Simply put: Stills is an impressive collaborative exercise and a stunning release that is not to be missed.

To start with Danny Clay’s contribution, the music of Stills follows on from his Ganymede release for Hibernate – an album that was certainly one of, if not the, best release from Clay to date and certainly one of the strongest minimal electronic/ambient releases of 2015. That album was built around Clay’s manipulations of the first few bars of a Schubert piece and his attempts to stretch it out into an album’s worth of music. Much like Stills, Ganymede was an experiment in personal memory and finding the infinite in something finite. On Stills, the music is composed by Clay based on his own playing and, thus, less overtly experimental. But, again, where Ganymede and Stills intersect is in the use of sonic manipulations to add a further layer of distillation to the sound at play. Stills is crowded by the sound of tape hiss and warble and it gives the music a sense of history that very much locates the physical act of making and recording the music to the experience of the listener hearing those sounds. It’s somehow very much the product or a particular moment in time but timeless as well.

And where all of that intersects with the work by De Blauwer is in the way her photographic collages seem both personal and immediate yet somehow highly edited. Specifically, the pictures in the book are framed by a white border, yet all of them look as though they have been first cut out of some original source (a scrapbook?) and then pasted against the background – hence De Blauwer refers to them as collages. Like the rough edges of all that tape hiss, the non-symmetrical quality of those photographic collages seemingly just placed into the book gives it that feeling of personal effort and creates a sense of history. Both artists work their respective mediums to actively demand the audience to be aware of the fact that these are works/a work that are on the one hand manufactured reproductions, but simultaneously originate in the effort of handcrafting with the source materials. 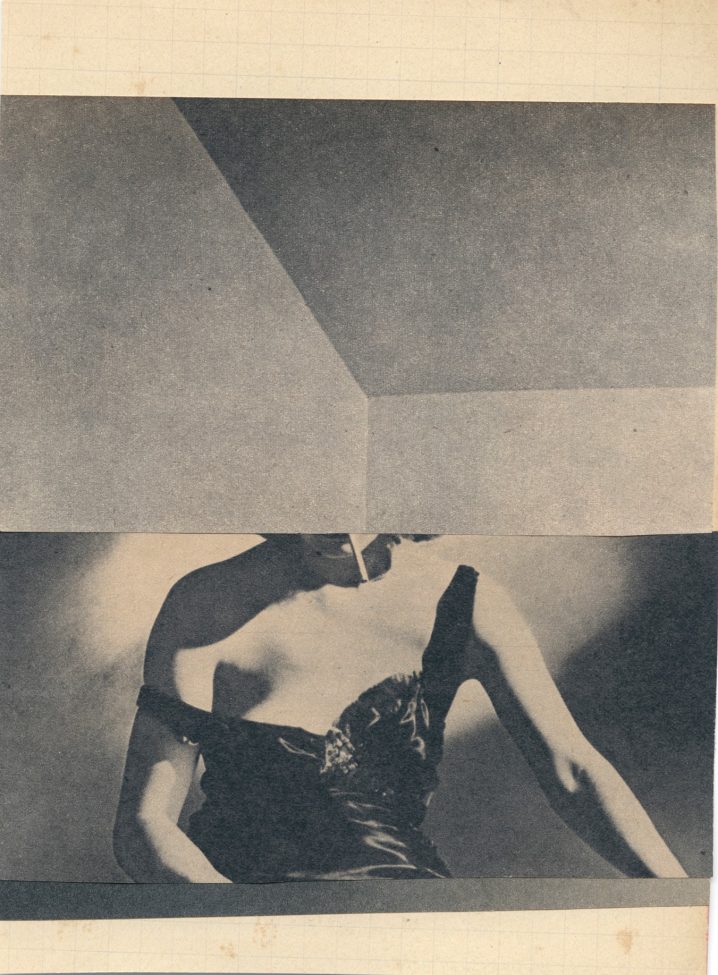 And just as Clay’s music evokes memories half remembered, both accessible and somehow lost forever, so too does De Blauwer’s work. Any photographs having a human subject hide the individual’s face and almost always focus on some portion of the person’s body rather than the whole. Many of the single works found on a page are collaged with another, and in quite a few instances the photos are of the same part of the anatomy but taken later –as if to trace the story of a movement through a set of still photographs (for example, there is a collage of two photos clearly showing a person jumping on a bed). There’s always a story to each page, to each collage but it’s incomplete – and somehow made all the more engaging and meaningful for it. De Blauwer’s work insists the viewer is aware of the editing process but simultaneously makes her subjects so personal and particularized that the editing process makes the work more human and somehow less manufactured or cold.

Taken as a whole, Stills is a meditation on the idea of a number of opposites in tension: shared vs personal memory, hand crafted vs manufactured, artifice vs artifact. This review has neglected to mention a key fact about the nature of De Blauwer’s work and the origins of her source material – a fact readily available as part of her bio on her website. Knowing this information has been negated here because it makes little impact to see it so plainly written when it is blatantly evident in the exploratory nature of her work. As a collaborative effort, Stills is a rather remarkable creation from these two artists – it cements Clay’s presence one of the most talented composers in the minimal electronic/ambient world in recent years and should continue to turn heads in De Blauwer’s direction. 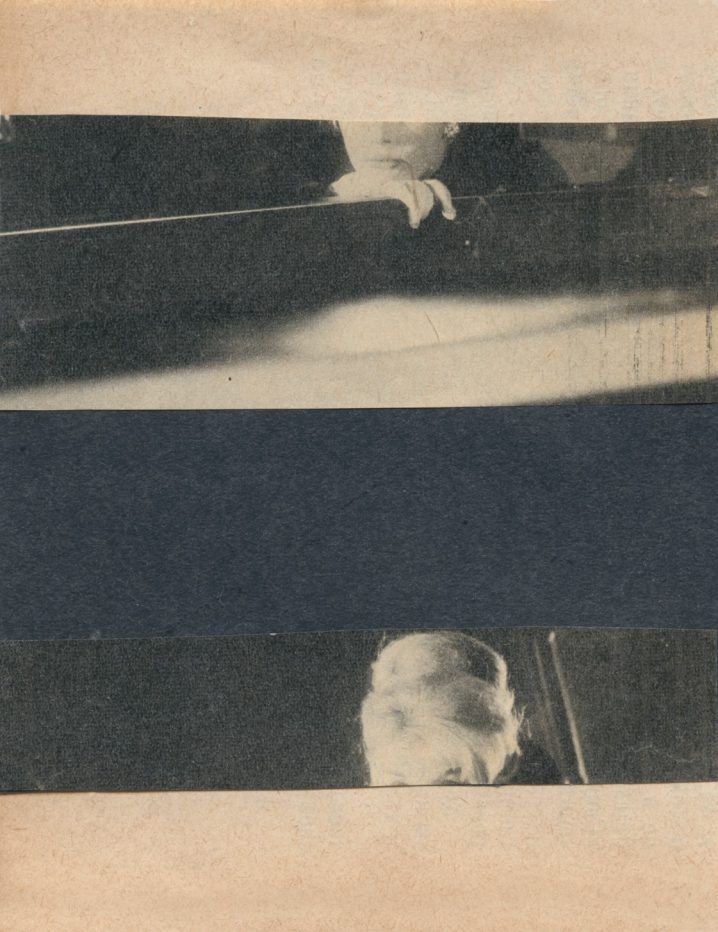 Stills can be purchased as a standalone vinyl release, standalone book, or a bundle containing both. In terms of how it is experienced, the combination of the two makes the most sense given the two parts are in conversation with one another. For the IIKKI imprint, it’s a very strong first step into the world and should be enough to get fans eager to see what the next collaboration might look like.