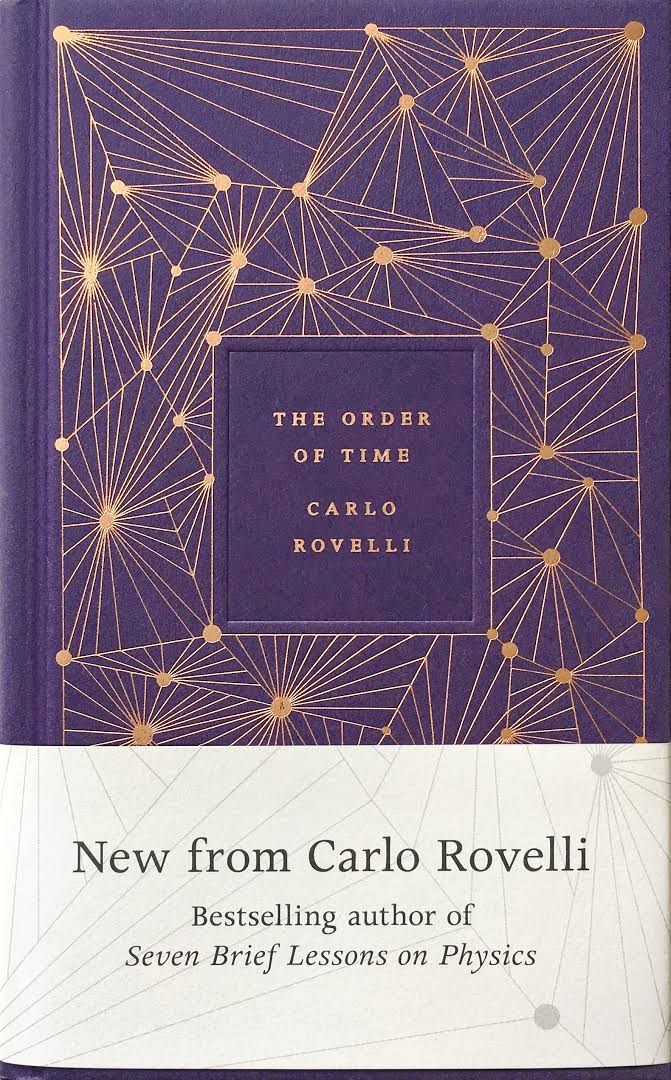 We are time. We are this space, this clearing opened by the traces of memory inside the connections between our neurons. We are memory. We are nostalgia. We are longing for a future that will not come.

In this ⟪ REW | FF ⟫ column I cover some albums with a focus on time, memory, and their distorted reflection of each other. This all happened serendipitously (if one can believe in such randomness or accidental outcomes) while I picked up an autographed hardcover of Carlo Rovelli‘s The Order Of Time, and at the same time begun watching the Netflix series Dark (because someone recommended it, not because I knew it had a similar theme), with music by Ben Frost (OST coming soon!). This all folds perfectly with my traversal of the past, present, and future releases, all of which withstand the test of time.

William Basinski
A Shadow In Time 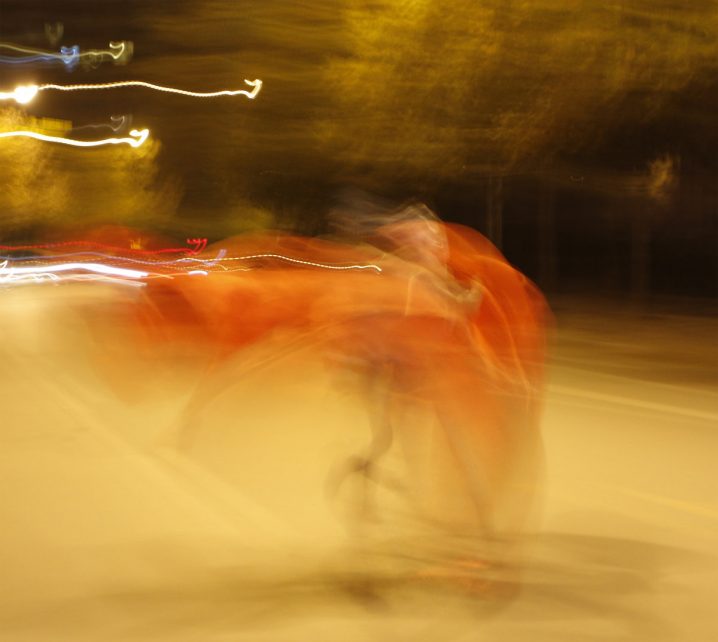 Even the words that we are speaking now thieving time has stolen away, and nothing can return.

We begin this feature with an album from 2017, which has appeared on Headphone Commute‘s Music For Withered Leaves And Lonely Fishtanks, a eulogy of sorts, meditating on time and our temporary passing through it, dedicated to David Bowie. Released on aptly titled Temporary Residence Limited imprint, this is William Basinski at his best, working with slowly crumbling tape loops, which also, like everything in the universe, decompose in time. Here, that process of disintegration is captured and recorded, in a recurrent phrase which ebbs and drones through Basinski’s tenor sax. Here, after having explored the impact of time on all things impermanent and short-lived, Basinski is able to stop the time itself, at least from the perspective of time, where it is neither limited nor boundless. The cover art features a photograph by Deng Tai obscured by motion blur (an image which does not represent a single instant of time), depicting a near-naked Chinese man with an orange satin cloth. A Shadow In Time reflects on an imprint left behind the fabric of our collective consciousness, a visual and aural memory, which when evoked in time again, allows to linger in between. [If you’re in London, be sure to catch Basinski at the Union Chapel, on May 31st playing with Fennesz – I’ve got my ticket already!]

The Caretaker
Everywhere at the end of time – Stage 4 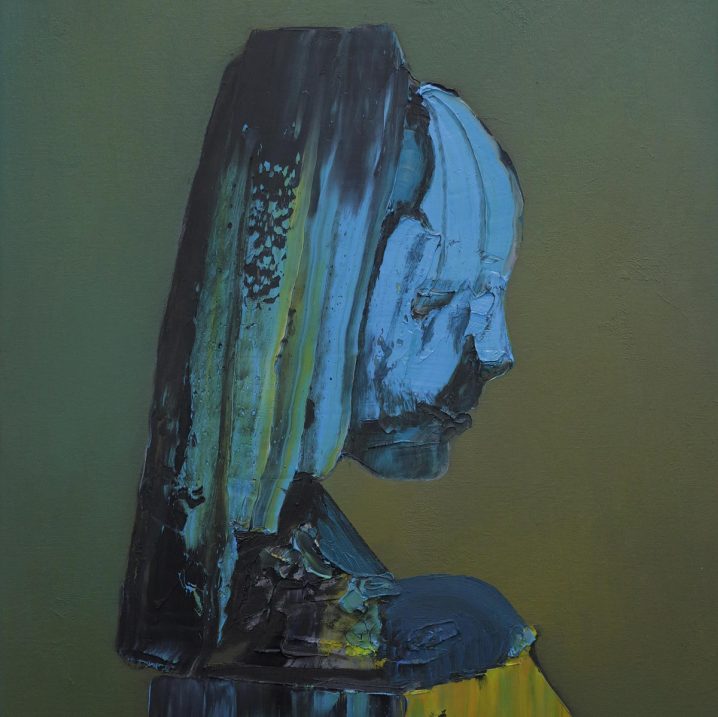 The advantage of a bad memory is that one enjoys several times the same good things for the first time.

It is important to begin this recommendation with the following point: in order to truly appreciate this masterpiece, you should have been following this mental descent from the beginning, more specifically, from the very first stage of Everywhere at the end of time, released on Leyland Kirby‘s own label, History Always Favours The Winners, back in September of 2016. Don’t worry, it’s not too late to catch up! Whereas in the first three instalments, we witnessed the protagonist slowly descend into a memory jittered fragments of dementia, on this latest offering The Caretaker appears to vanish in the nightmarish void of temporary and final insanity. This drop is jarring, like a plunge off a cliff, where at once familiar reality is suddenly transformed into a torturous, obscure, and twisted trip. Suddenly, while sitting in an old and crumbling armchair in an assisted living hall, watching the black and white images of the past waltz on a television, the mind is peeled back to a contorted reflection of its totality, facing complete memory loss and the end of nothingness. We’re in the “Post Awareness Stage” now, insensibly floating through scraps of the senses that made up ourselves, uncurably lost in distorted perceptions, helplessly observing the disintegration of our own being. Bravo, James!

Rudi Arapahoe
A False Memory Of A Sports Party 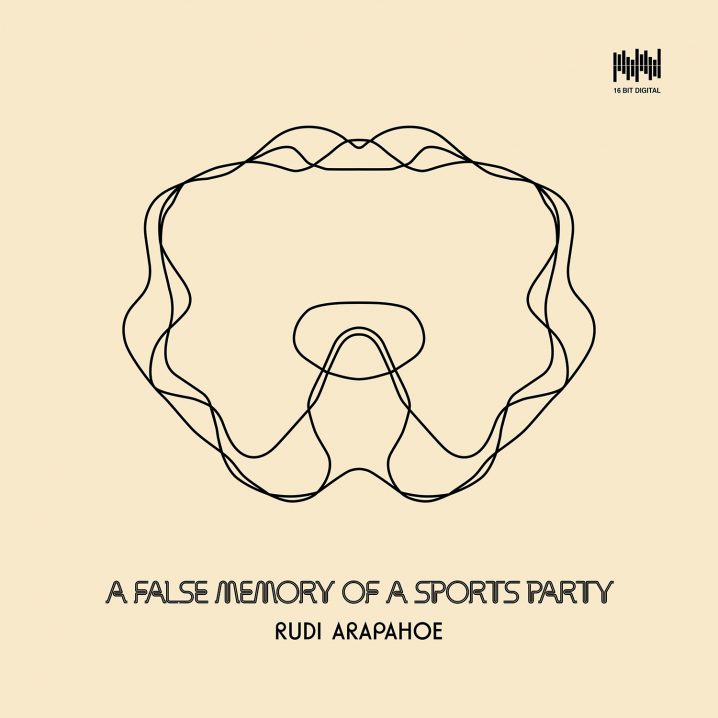 If our memories provide the blueprint for our identity, what happens if our sense of self is built on a faulty recollection?

Wrapped in a dense concept of ideas, memories, and artificial intelligence, A False Memory Of A Sports Party is a kaleidoscopic work of synth tones, sporadic rhythms and abstract progressions. Released as yet another collaboration with FALSE SELF, an algorithmic musician designed to compose and play alongside Rudi Arapahoe, written in the SuperColider programming language, the work explores the dualities through composition process, inspired by the theory, developed by Elizabeth Loftus, on distorted memories which may evolve into false memories, like those of a childhood sexual abuse, or other fabrications of a traumatic event revealed in a testimony. These falsely recovered memories are given a voice in this complex work. “They speak of past traumas, yet we are unsure whether they are lucid recollections or fantastic confabulations.” The five-track mini-album is delivered to my door in a form of a cassette tape housing, only to be plugged into a USB port for its 16-bit digital transfer. The music is sparse, incidental in nature, and often challenging for a casual listening, but fans of experimental sound propelled forth by Oneohtrix Point Never, Tim Hecker, and Ben Frost as well as aleatoric and algorithmic composition, will find themselves at home.

Ben Frost
All That You Love Will Be Eviscerated 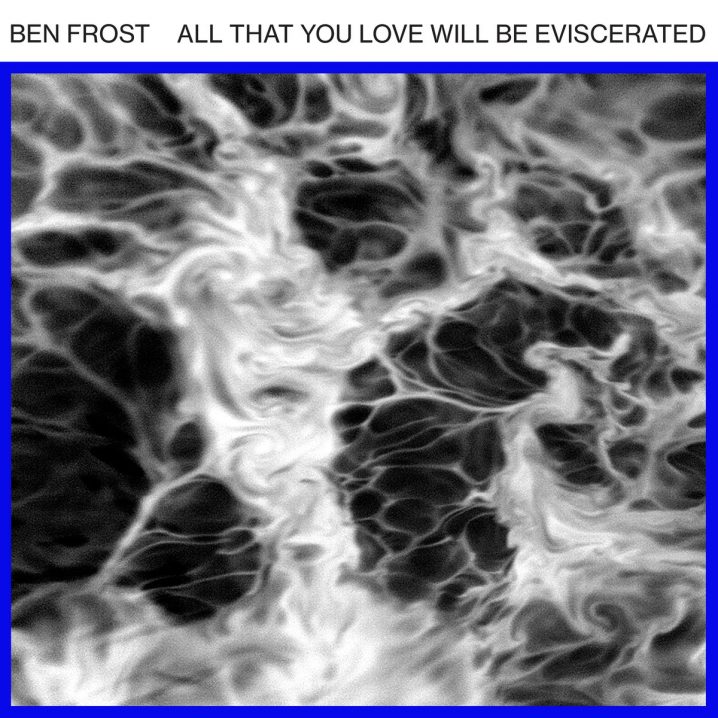 The question still remains, whether a ship that had been restored by replacing every single wooden part remained the same ship.

Speaking of Ben Frost… he’s been a very busy fellow. Prior to his successful 2017 release, The Centre Cannot Hold in 2017 on Mute, the label has also put out Music From Fortitude. In the same year The Orchard imprint released Frost’s soundtrack for Super Dark Times, and if that’s not enough “darkness”, there is already talk of an upcoming soundtrack for the Netflix series Dark. That’s also not counting a 2017 EP titled Threshold of Faith, followed by this 6-track release, All That You Love Will Be Eviscerated, all appearing on Mute once again. These pieces actually resurface from the same recording session with Steve Albini from the above mentioned The Centre Cannot Hold, on which Frost essentially performs his music live, handing over the studio recording process over to Albini, and placing himself at the centre of his sound design. As a post-requiem elegy to everything that will return to dust, this blue-tinted vision of a low entropy system is suspended in a visceral vibration of sculpted sounds, ranging from pure sonic bliss to coarse and unrefined distortion. There’s also a 12″ single for Ionia with Jlin rework, but this EP version contains an Alva Noto remodel, and so you know that I’m all in!