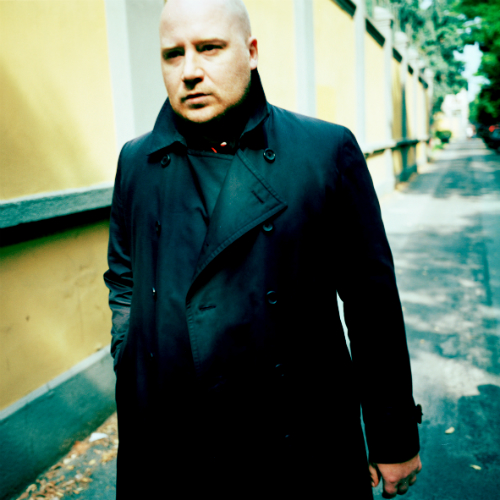 Hi Jóhann, where are you these days, and what have you been up to since the beginning of 2014?
I’ve been working on film music exclusively so far this year. I finished a Danish feature in January called “I Am Here”, on which I collaborated extensively with BJ Nilsen. I’m starting a film called Theory of Everything directed by James Marsh. It’s a dramatic feature about the life of Stephen Hawking. Besides this I’ve been doing quite a few live performances of the Miners’ Hymns. We toured the US last month and this week we’re in the UK, playing the Barbican on Sunday the 9th of March.

We last spoke back in 2011, after you finished The Miners’ Hymns record. Since then you seemed to migrate over to producing scores for Copenhagen Dreams, Free The Mind, and most notably the soundtrack for Prisoners. Was this a conscious decision? How did this progression evolve?
I was getting more and more work in film and I decided to spend a couple of years concentrating on that kind of work. I love writing film music, although I wouldn’t want to do that exclusively. I have done quite a bit of other work over the last few years as well, a 40 minute orchestral piece commissioned by a Canadian symphony orchestra, a piece for Bang on a Can and quite a bit of other work that hasn’t seen the light of day yet. But in terms of released material, it’s only been soundtracks for a the last few years. Some of this recent non-score work will be made public in some way soon, though.

I’m curious about your latter work for Prisoners. How did you get involved with this project?
Denis Villeneuve, the director of the film got in touch through my agent after hearing some of my music. I was offered the project before they started filming, so Denis had my music in his head throughout the whole process of filming and editing. I wrote a couple of pieces early on, which were used in the early stages of editing so there was almost no temp music used which was not mine. We settled on three themes very early in the process, “The Keeper”, “I Can’t Find Them” and “Through Falling Snow”, which became the backbone of the score. Denis had a very clear idea of the atmosphere he wanted and fortunately we very much shared the same aesthetic, so it all came together very smoothly.

How did you prepare for composing music that had so much restrain, suspense and sometimes darkness?
I spent some time on the set in Atlanta, absorbing the atmosphere and meeting the filmmakers. It was important to get a sense of the locations. I listened to a lot of church music, old Icelandic hymns and Renaissance sacred music for example. There was one theme, the opening piece, “The Lord’s Prayer”, which was particularly difficult to get right. I went away to a small island with about 20 inhabitants in the north of Iceland for a week to isolate myself and I wrote about 15 versions of it until I got the one that worked. It’s a really simple theme, but sometimes those are the hardest ones to write.

Of course I’m ecstatic that you chose Thomas Bloch, Erik Skodvin and Hildur Guðnadóttir to play on the soundtrack. Did you have any of these particular musicians in mind when composing the score?
I recorded a session with Erik Skodvin in Berlin while I was writing and we generated a lot of drones and soundscapes which I used in the writing process. Erik is a real master at creating very subtle but extremely unsettling layers of sound. I then took these sounds we created and layered them with orchestral drones and soundscapes. Hildur is a great friend and we work together regularly – we have a duo project which is active intermittently. She plays or sings on a lot of my recent work, both scores and other material. I have been an admirer of Thomas Bloch’s for a long time and this was a great opportunity to work with him. I was writing a lot of organ-like parts, but I didn’t want a normal pipe organ, I wanted something more ethereal that didn’t have the religious associations that a pipe organ has, so I had the idea of layering the Cristal Baschet (a very strange and beautiful instrument a bit like the glass harmonica) and the Ondes Martenot (a monophonic electronic instrument from the 1930’s played with a ribbon instead of a keyboard) to create this kind of floating, dream-like sound.

Lets talk about your latest film score for McCanick – how did that come about?
Josh and Daniel – the director and writer of the film – share the same office with my manager, so I knew them and they knew my work. They sent me a script which I liked a lot and we seemed to share a lot of the same ideas about film and music. So I was very excited about the opportunity to work with them.

I’m glad to see Fordlandia and Prisoners OST on vinyl! How do you choose what medium and albums get released on your own label, NTOV?
NTOV is a home for vinyl-only releases and some of my film score work. I’m a huge fan of vinyl and try to have all my records available in that format. Touch has issued both “Englaborn” and “Virthulegu forsetar” on vinyl and I made a deal with 4AD to issue “Fordlandia” and “IBM 1401, a User’s Manual” on vinyl on the NTOV label. The IBM record should come out later this year.

Your music has always been ‘cinematic’ in nature, but if cinema or theater did not exist, what would be the story in your mind for which you would compose?
A lot of my work has dramatic or narrative elements, there a conceptual element in almost all of my non-score albums, like Fordlandia or IBM 1401. I think this comes from my university background in literary theory and drama studies – I’ve never been interested in music as pure sound or pure structure. I’m always looking for a narrative or a concept to wrap my music around.

Would we see another solo studio album in the near future?
I’m working on something – there’s a lot of different threads being woven at the moment and have been through the last couple of years and hopefully these threads will come together and will see the light soon – maybe not until next year, though.

Read Headphone Commute reviews of Prisoners, Copenhagen Dreams, The Miners’ Hymns and Fordlandia. You should also check out our 2011 Interview with Jóhann Jóhannsson