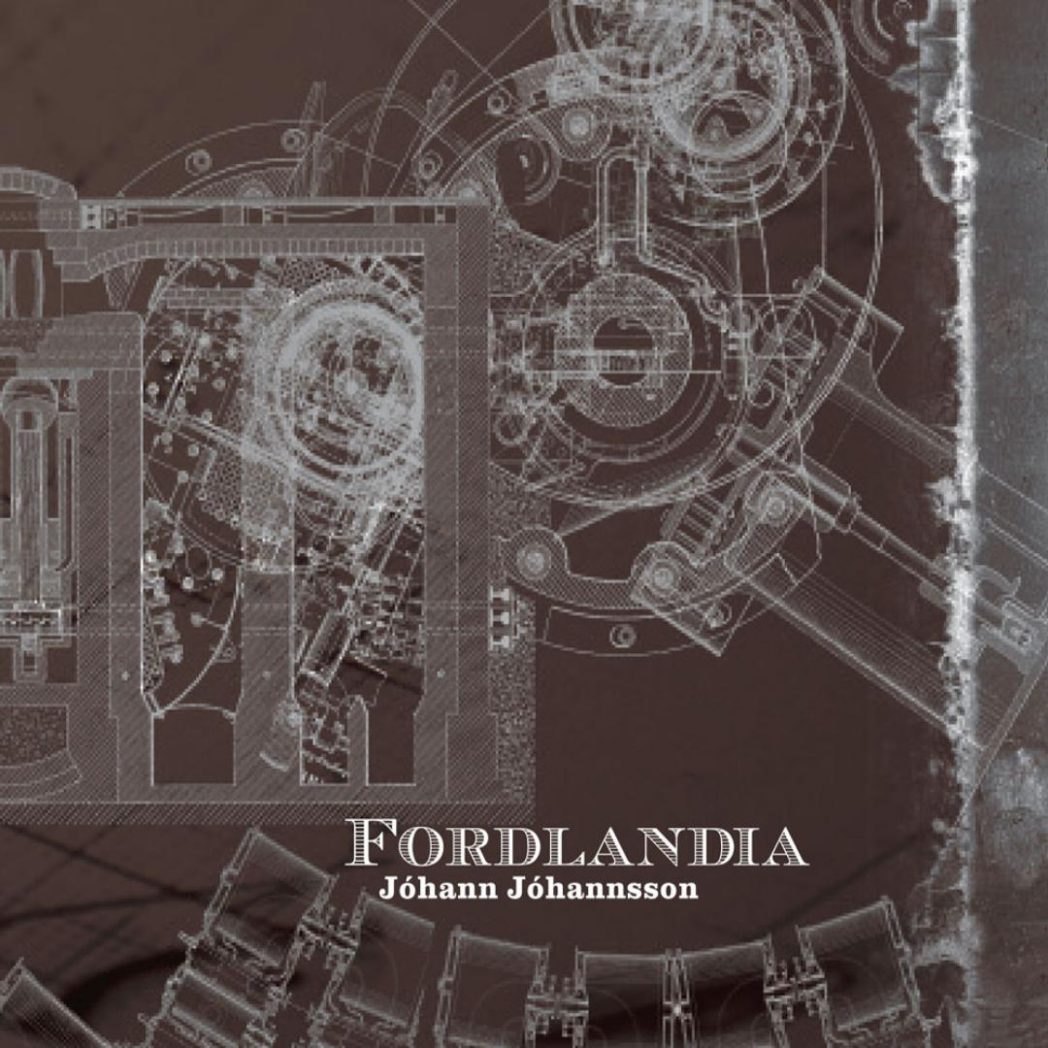 A few years ago, when I was regularly creating mixes for a podcast, an idea came across to compile music for my funeral. One thing I am sure about – I will die. And when I pass on, music will be filling in the void that was once my presence. How touching. Why shouldn’t I be the one to select the pieces that would make others weep? Yes, I’ll admit, I can be self centered like that. For my opening track, I turned to Jóhann Jóhannsson, and his Odi Et Amo from Englabörn (4AD, 2007). Now, with the release of Fordlandia, I may need to compile a second volume. On second thought, just play the whole album! But don’t get me wrong. I don’t want to come across saying that Jóhannsson’s compositions are full of funeral sound [perhaps that should be a genre in itself?]. Yet, this Icelandic-born modern classical musician composes some of the most beautiful and soul drenching works that I have ever heard.

The saturation of emotion approaches even my limits, and my eyes swell up with tears, as the concrete humanity gets cleansed in the rain, out in the windows of my crawling train. This is Jóhannsson’s sixth full length album. Besides these contemporary classical conceptual pieces, Jóhannsson produced about a dozen of soundtracks for [mostly] Icelandic films, shorts and documentaries. There are also his theatrical works, arrangements for many artists, and music for installations. It would be an understatement to say that Jóhann Jóhannsson is a prominent figure in Icelandic contemporary artistic community. After all, he’s one of the co-founders (along with Kira Kira and Hilmar Jensson) behind Kitchen Motors, “a think tank, a record label, and an art collective specializing in instigating collaborations and putting on concerts, exhibitions, performances, chamber operas, producing films, books and radio shows based on the ideals of experimentation, collaboration, the search for new art forms and the breaking down of barriers between forms, genres and disciplines.”

“one of the two main threads running through [Fordlandia] is this idea of failed utopia, as represented by the [its] title – the story of the rubber plantation Henry Ford established in the Amazon in the 1920’s, and his dreams of creating an idealized American town in the middle of the jungle complete with white picket fences, hamburgers and alcohol prohibition.“

For a detailed insight into creation of the album, including a commentary on each individual track (!!!), you absolutely must visit Jóhannsson’s web site. Fordlandia thus becomes a second installment in a series of works documenting human hunger for ideals, technological progress, doomed failures, and the beauty of nature reclaiming itself. Such it is still, music for the born and the departed. Highly recommended! Undoubtedly one of the best albums of 2008.