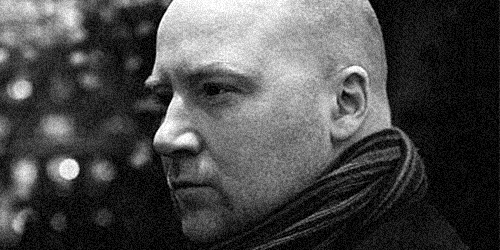 How did you meet Bill Morrison, and inevitably became involved with the Miners’ Hymns project?
Forma Arts and Media approached me with the idea of working on a piece based on the mining heritage of the North of England. Bill was one of the collaborators we talked about in connection with the project and luckily he was up for it and available. I was aware of Bill’s work, particularly Decasia, which is an amazing film.

What were some of the challenges and rewards in composing for and working with the brass instruments?
The challenge was writing music that suited my purposes and also those particular players, who are not necessarily used to playing my kind of music – they were for the most part not professional players, which is the norm for brass bands in the area. I wanted to challenge them but it was also important that they connect to the music. It was very rewarding to feel how well they related to this music, even though it’s new to them.

What type of research did you do on the music of Durham County?
I’ve always been interested in brass band music, trombone was my first instrument and I played in brass bands until I was 16 or so. Researching the piece, I listened to a lot of colliery brass bands from the area, both modern and some historical recordings. I was mostly attracted to the religious music – old Victorian hymns played by brass bands sound absolutely beautiful. One of the first pieces I found was “Gresford”, which is popularly called The Miners’ Hymn. It was written by a miner and commemorates a mining disaster in the 1930’s which claimed almost three hundred lives. I don’t reference this piece musically in my work, but I borrowed the title.

How do you approach writing a score for a film, as opposed to producing a studio album?
Writing for film you have the framework already, you have a certain set of parameters – the length of a scene, the subject and narrative etc. – that you work with instead of a completely blank slate, which is what you have when you start an album. Otherwise, there is not a big difference in my approach – the differences are mostly practical and logistical, the amount of time I have to complete the project, the resources I have etc. For my albums there is obviously less time pressure, so they take longer.

How would you describe the evolution of your sound and your personal journey through music?
I think I’m moving toward texture and away from melody. I don’t think I can move entirely away from it as it’s too much in my nature. The end objective is always to affect people emotionally, whether it’s through noise or consonance.

What are you working on right now?
I’m working on a long piece for symphony orchestra, to be premiered in Canada in February. I’m also slowly starting work on a new studio album as well as working on some film projects.