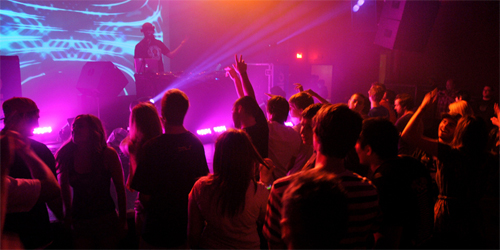 On the third day of Seattle’s Decibel Festival, the city has finally showed its true colors. The grey clouds of Autumn drew like curtains around the landscape, bidding September farewell. Summer has come and gone, but the music kept on going – lets hope it will keep me warm throughout the day. I spent most of the morning writing in my hotel room, capturing memories of the past two days before they slipped away. By noon I found myself back at the conference, sitting in a circle with artists, business owners, and label heads discussing the changing landscapes of the music industry. The open conversation invited anyone to participate (rather than a panel format). This forum approach was very fruitful as it yielded a lot of great ideas, feelings and views. Later in the afternoon I explored Capitol Hill, walking around until my tired feet brought me back to the hotel. All of this visual and sonic stimulation was starting to finally wear me out, so I decided to recharge before another long night. 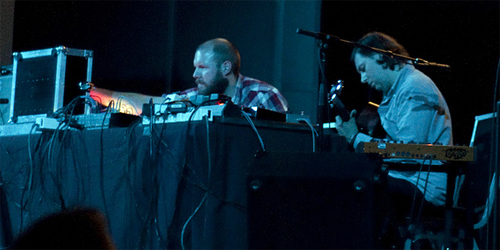 I woke up from my nap with a call from Rafael Anton Irisarri. I was due to interview Simon Scott before his show later in the day, and walked down to the lobby to meet the crew. There I grabbed a few drinks with Brendon Anderegg and Koen Holtkamp of Mountains, Simon Scott and RAI, before it was time to head out to the first Optical showcase, subtitled “Sine Your Name Across My Heart“. At the Nordstrom Recital Hall, I grabbed the front seat and melted away into the harmonic frequencies of Mountains’ sound. The duo built up waves of aural walls, that covered the audience with a fuzzy blanket of sonic textures. The projections included Koen’s recorded videos, slightly manipulated to create hypnotic washes of visual stimulation. The hour long performance seemed to go by in minutes, as I entered a dream/wake state of meditative relaxation. Be sure to check out Mountains latest album, Air Museum, released by Thrill Jockey this year. 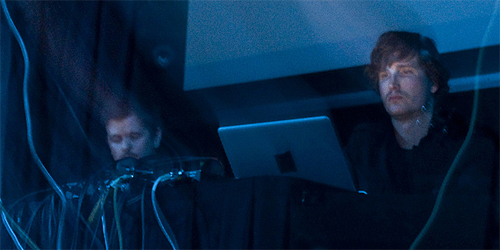 Simon Scott took the stage and surprised the audience by introducing Rafael Anton Irisarri as his collaborator for this live performance. Apparently, the duo had done some field recordings just a day before, which were going to be incorporated into the show. True to their word, Simon and Rafael began their performance with quiet bird chirping, distant water twirls, and light guitar drones, as Tana Sprague (aka Lissom) manipulated her absolutely beautiful visuals with the progression of sound. And then, when the deep rolling bass crawled out from beneath the stage, Tana dimmed the moving pictures of mountains with a slow moving fog of the night. During their set, Rafael cunningly slipped behind one of the amps, and twisted its knobs to eleven, introducing an out of phase amplitude tremolo of piercing frequencies between the two speakers. This sudden onslaught of high pressure levels awoke the audience to the physicality of sound, vibrating everything in its path. Be sure to check out Simon Scott’s upcoming album Bunny, out on Miasmah in October (now!). 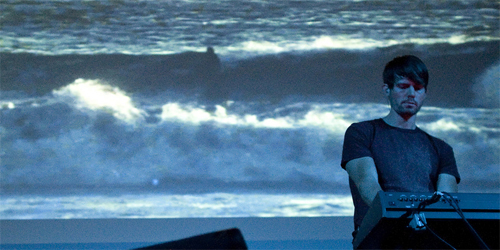 Unfortunately Ulrich Schnauss couldn’t make it into the country due to visa problems, and Sean Horton quickly secured Tycho to fill in the slot. I must admit that I completely missed Tycho’s set (my sincere apologies to Scott Hansen), as I was busy backstage talking with Simon Scott. My consolation prize is a very special Sound Postcard that I managed to record, while Thomas Meluch (Benoît Piuolard) played the impromptu piano in the green room. That, and a delicious dinner at a local Vietnamese place with Rafael Anton Irisarri, his wife Rita, Simon Scott, Thomas Meluch and Kelly Wyse (basically, the entire Orcas crew). Of course, as the dinner, numerous drinks, and the engaging conversation approached midnight, I managed to miss some of Friday’s highlights, including Mux Mool, Star Slinger, Breakage, Mt. Eden, and Kyle Hall… Sigh… But I’m sure you won’t blame me for that – you would have done the same in my place. 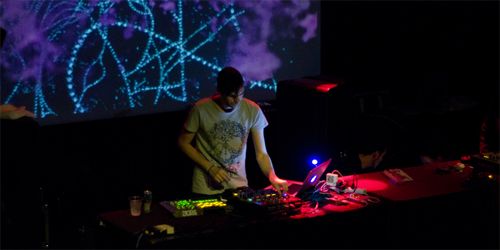 The restaurant was close by to Neumos, and at the end of my night I managed to catch a set by Martin Buttrich who laid down some liquid tech-house beats and got my body moving the second I set foot into the club. Once again, the venue was packed with sweaty bodies rolling to the rhythm in the thick of the night. For the closing, Martyn took the stage and showered the crowd with his unique take on Dutch-step, hollowed-out tech-house, and bass-rolling Berlin-techno. Defying categorization, Martijn Deykers‘ music is truly for the forward thinking minds. To get a taste of his beats check out a compilation he mixed for Fabric, celebrating the label’s 50th installment in 2009. Once again, I was too exhausted to attend any after parties, which seemed to offer their hospitality until morning light.