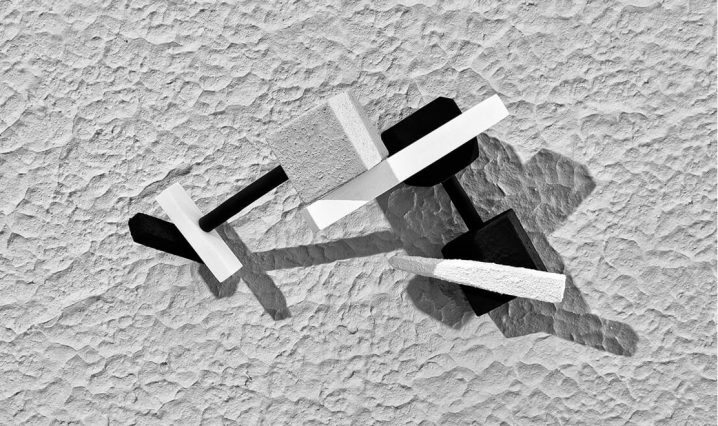 I’ve been meaning to attend Berlin’s Atonal festival for sonic and visual art for many years. Founded in 1982, the original festival closed in 1990 and reopened in 2013 in a huge abandoned powerplant in Berlin-Mitte, called Kraftwerk Berlin. So when I moved to London this past spring I had less of an excuse for traveling only a few hours for five days of music. I’ll admit, I was a little bit worried, the lineup looked immense, and knowing the acts on the roster I expected some dark, noisy, and sound pressure-level piercing frequencies… and that’s what I got. The experience was enhanced (if that is the right word) by the gloomy industrial atmosphere of the venue, mixed with all flavors of smoke, Germans dressed in all black, and a heavy weight of some history…

As usual, during the festival, I take some notes on the acts that I witness. Then, the next day I spend a few hours writing about the night, crafting my thoughts from a few bits of unintelligible fragments into a coherent article to be published when I return. I’ve followed the same formula for many years, and last November, when I attended Krakow’s Unsound festival, when I returned home, my laptop was dead. Yes, I knew that I could and should have had written “in the cloud”, but for whatever reason, that option escaped me and I lost all of the words I have worked on for days. I was furious. I almost abandoned the entire enterprise of covering festivals and music events altogether. This time I wised up. What if I shared my instantly forming thoughts in about 140 characters or less and used social media for what it was intended to be? 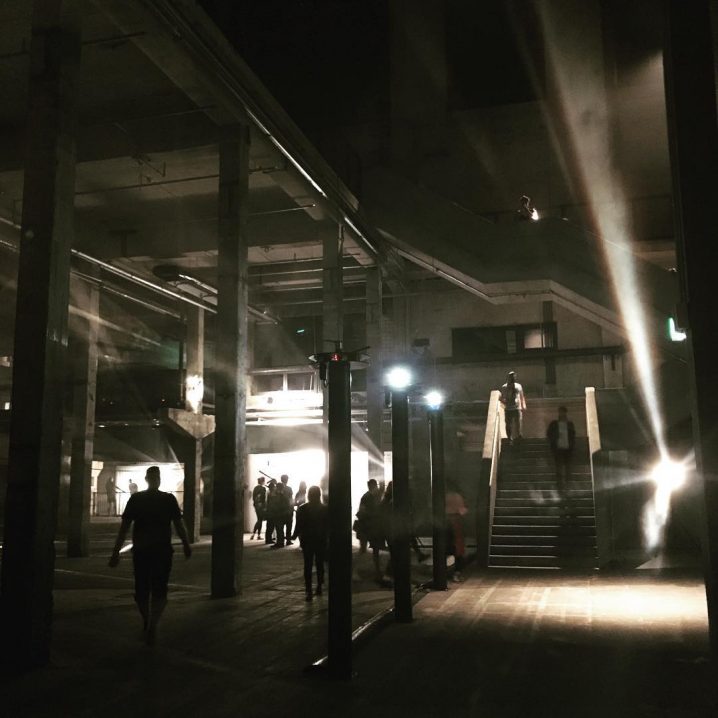 Aug 16
9:12 Hello @berlinatonal… I am here 🙂 @ Kraftwerk Berlin
9:48 First thing’s first. Dear Germans, why do you still smoke indoors? I already had to step out twice to breathe & I’ve only been here an hour!
9:52 Right now Ena and @rashadbecker are making alien sounds crawl out of these speakers…
10:03 Sounds of the dying octosects, crawlhoppers, & nitroflies are squiggling their way through the audible spectrum
10:32 Abstract industrial orchestration with elements of glitchy symphonic & choral whirlpools in oktophonic surround by @PyurMusic
10:47 Meanwhile downstairs at OHM @mnmlssgs is playing an @ethermachines track. Been meaning to hear it this loud. Nice one, Chris!
10:48 But I’ve never heard a Portishead track being mixed into Ben Frost before, lol @mnmlssgs 🙂 I’m smiling for the first time this night 🙂
11:45 Ooh, 70s space music with guitars, theremin, drums and synth arpeggios by @radiophonicwork at @BerlinAtonal “Art is nothing without science”
12:30 As usual, Demdike Stare does not disappoint, with their eclectic selection of tunes that are only Demdike Stare worthy 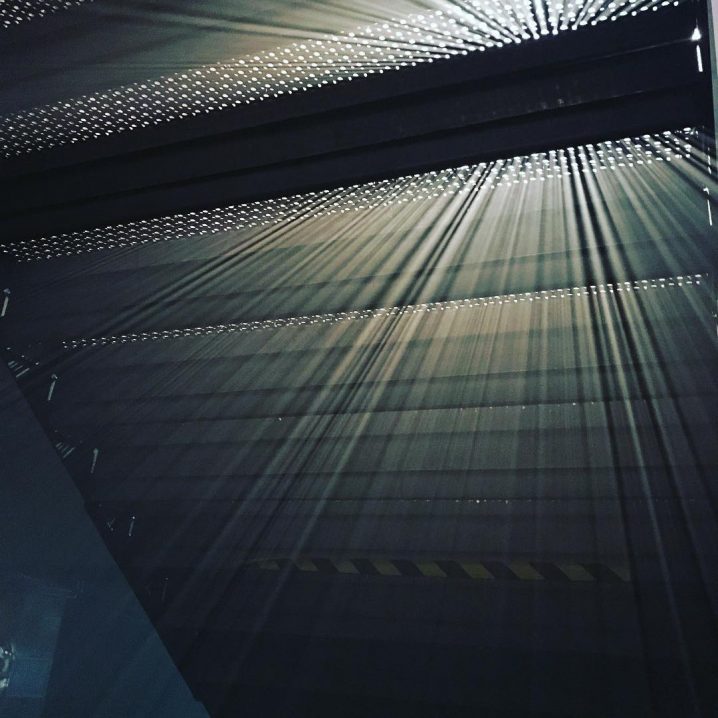 Aug 17
8:22 Right now, Shaun Baron-Carvais (Shlømo) is layering ambient synth sweeps that just got an infusion of a driving kick rhythm
9:35 And now @lichensarealive is experimenting in a live improv with modular synths in a control room for a power station
9:47 Meanwhile CoH is playing a weird mix of distorted guitar with a bizarre quadruple syncopated technoid beats and drones at OHM
9:50 Just shared a beer with a nice gentleman from Manchester… oh wait, he recognized me as HC… oh wait it’s Sean from Demdike Stare…
10:27 @abulmogard is mesmerizing the audience with his frequency rich thick synth layers and gasping for air bass at @BerlinAtonal
11:30 Right now Demdike Stare and Michael England are f’ng killing it with a hair raising combination of evil sights and sounds
00:55 Damien Dubrovnik is raising ancient demons from a concrete abandoned communist asylum with his pleading voice 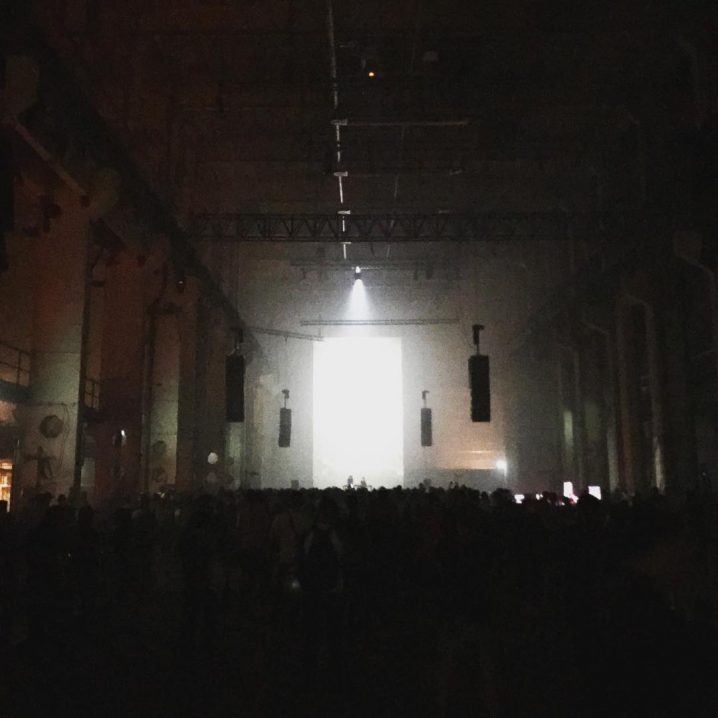 Aug 18
6:47 watching some pretty messed up abstract Polish animation from the 60s at @BerlinAtonal
8:35 Yair Elazar Glotman is dropping immense bass structures over the textural spheres of his Blessed Initiative act
9:19 Belief Defect is jarring its nihilistic soundtrack to Apocalypse with subterranean noise and rage
10:35 Ok. Puce Mary‘s “A Feast Before the Draught” is just pure evil horror insanity. In a good way of course.
10:45 I swear I’d record this, but I don’t want to break the cheap analog to digital converter in my iPhone with these frequencies!
10:56 The music of Frederikke Hoffmeie makes me feel completely the opposite of happy and yet I feel happy for feeling that way…
11:17 Main / Regis ripping through the fabric of sound pressure levels with a technoid clash. And the zombies begin to dance
11:37 I just want you to know that writing about this type music in 140 characters is hard, mostly because the punchline to my sentence is always
00:38 @RolyPorter and @PaulJebanasam are on with some stabbing lightnings and sweeping granular rainbows of harmonic spectrum
00:54 now:// freshly sharpened straight edge techno sliding down your stubble with a purposeful tickle downstairs

Aug 19
5:10 Berlin sometimes feels like the government said “oh, you think you can do it better? Then figure it out on your own” …and the people have
8:21 Anthony Linell (aka Abdulla Rashim of Northern Electronics) is layering ambient pads over droney sweeps and gray light
9:05 Fis + Renick Bell are scraping the inside of my cranium with percussive noise, aluminum stabs, and cement-heavy bass
9:31 Walking outside of the festival sometimes I can’t tell if it’s the sounds of an espresso machine or the next performing artist @BerlinAtonal
10:16 Shackleton + Anika are gathering rhythmic storms with sermons narrating a “tale of love, longing, fate and compulsion”
11:23 @RollTheDice (finally) with some raw charging emotion. Even atonal noise can have feelings. Highlight of the night! 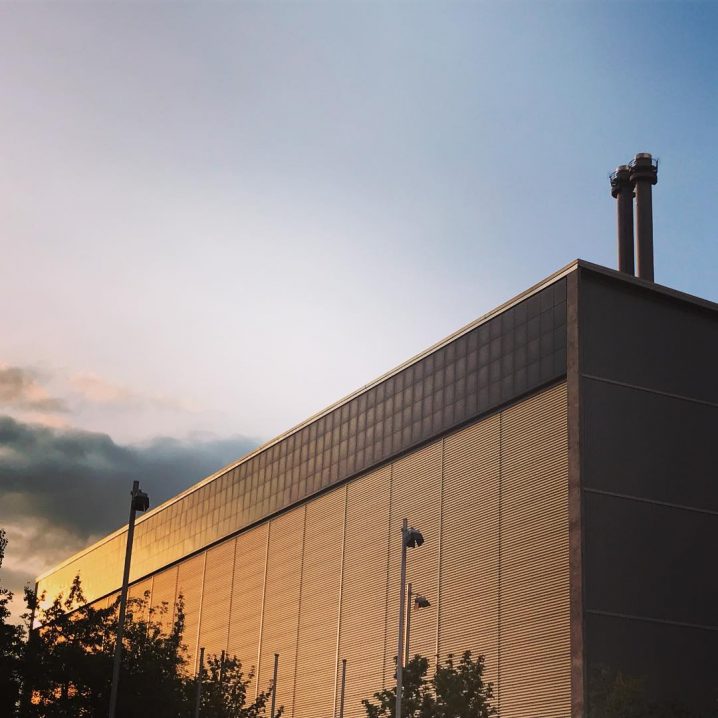 Aug 20
6:52 5th day of @BerlinAtonal. I’ll admit I’m a bit fatigued and drained from all the sonic exposure. Even a sunny day wasn’t enough to recharge.
8:57 What’s going on at the main stage? Auto-tuned hip-hop with some half naked dude on the stage? Is that Varg? I’m confused!
9:34 Varg and AnnaMelina are streaming jealousy synth songs over organic flora and bass drums with a solid stage presence at
10:37 And now… something I’ve been looking forward to for a while… Belong play October Language @_valere_ Now I’m complete 🙂
00:00 OK. Gotta go… I’m done…