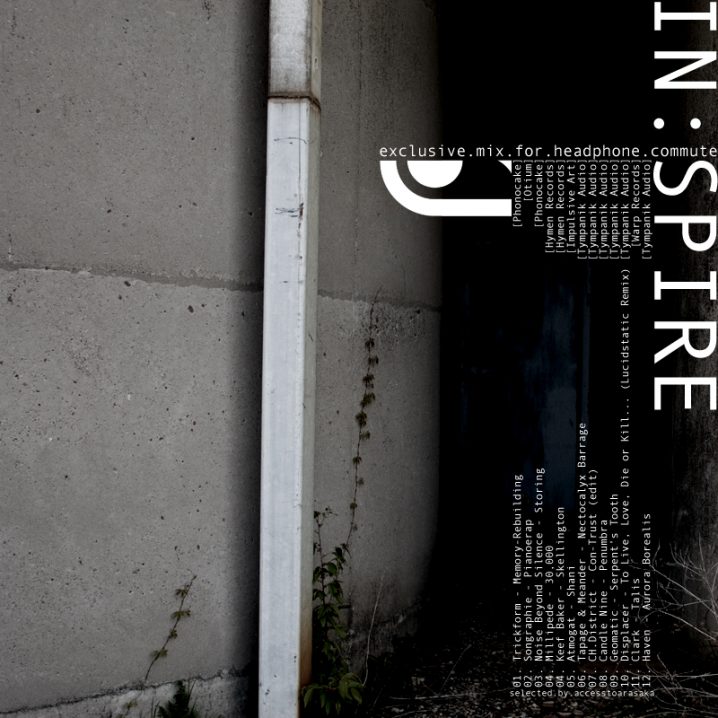 Last week, we featured the first installment, Re:pose, of a two-part exclusive mix series for Headphone Commute by Access To Arasaka. Today we conclude the session with a glitchy IDM mix of AtA’s favorite selections. Get your ears ready, as we ease into the sounds from Tympanik Audio and kick off our label special later this week. I hope you’ll enjoy all of the upcoming coverage! Here are more words from AtA:

While I could have made a mix of songs that made me want to become a musician, it seemed like a better idea to make one of songs that keep that feeling alive in me. These are tracks that I listen to while watching the sun mutate on its descent behind distant cirrus clouds, the day’s slow closing played out in the colors of autumn, streaked with trails from departing jets and shuttles. This is what I listen to while waiting at a red light in the city, my eyes tracing the sporadic flight paths of moths under the street lights. These are some of the songs that keep me inspired, and always will.