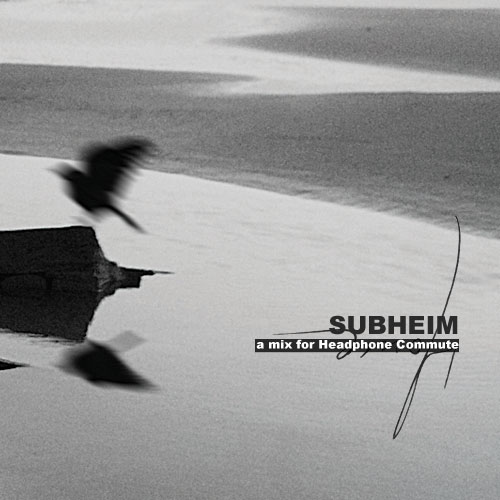 Welcome to another exclusive mix from Headphone Commute… On this first day of November we bring you a gorgeous journey into the subconscious mind of Subheim. Both, uplifting and dark, this musical exploration, will take you into other worlds, real and imagined. It’s always nearly impossible to describe the music featured by our podcast contributors – and it is especially difficult to capture all of the beauty conveyed through the sounds of Subheim. Marriage of solid beats, and soaring melodies will keep you on the edge of your seat, until you get up and move with the rhythm…

Compiled mostly from his own compositions, and a few of his contemporaries, such as Bersarin Quartett, Ben Lukas Boysen, Access to Arasaka and even Max Richter, this exclusive mix traverses a dark and isolated land of despair, sprinkled with promise and hope. Teasing us with tracks from his upcoming album, No Land Called Home, released by the beloved Ad Noiseam in just a week (November 9th!), Subheim unveils his most mature composition to date! With jazzy acoustic percussion, field recordings, and organic textures, Kostas K weaves evocative feelings from his mind to yours.