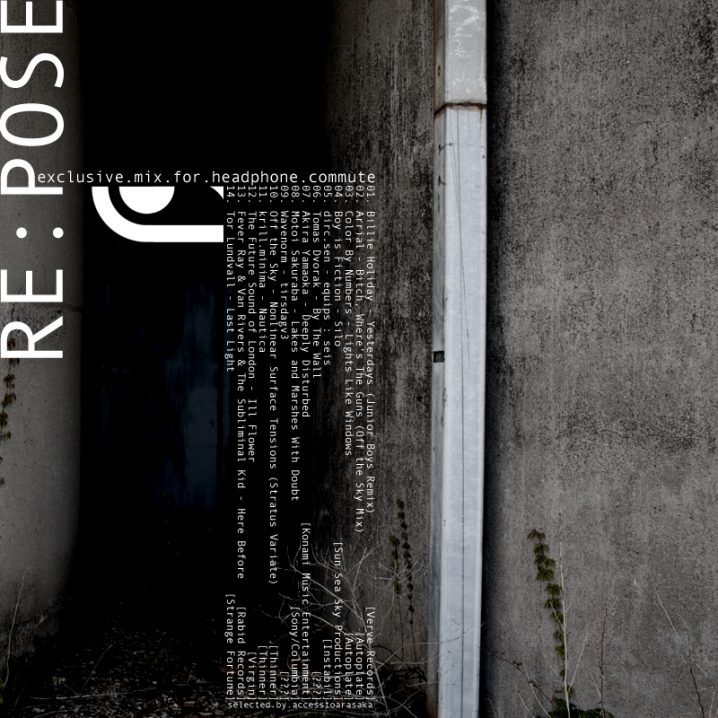 Today, the United States is celebrating George Washington’s birthday as its President’s Day holiday. Another snow storm has covered the eastern coast; and as the flurries continue to blanket the pavement, we ease into the day with a gorgeous mix by Access To Arasaka. I first fell in love with AtA’s glitchy IDM goodness, when I heard his METAX digital release on illphabetik in 2007. Since then, Tympanik Audio has been clever enough to sign this Rochester, New York based artists for two more albums: Oppidan (2009) and void(); (2010). The latter has won an entry in Headphone Commute’s Best of 2010 : Music For Grinding Your Teeth At Night. I’ve also had an opportunity to talk to this mysterious artist in our Two and a Half Questions with Access To Arasaka. Today we are honored to host an exclusive mix, which is actually the first installment of a two-part series to be concluded next week. Here are some words from AtA:

There are moments when one can feel claustrophobic in their own skin, when the world seems too vast, when the road to the future feels too complex. There are moments when you need to focus, when you need to meditate, when you simply want to remove yourself from the sum of all things. This is a collection of songs that do exactly that for me. This is for calming your overactive thought process, closing your eyes and drifting, and ultimately rebooting yourself.

Grab part two of this exclusive mix series from Access To Arasaka : In:spire