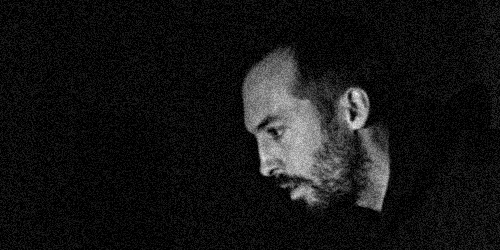 Editor’s Note: In June of 2010, I attended MUTEK, an international festival of electronic music, taking place in Montreal, Canada. During my stay, I interviewed many artists in person (yes, I know, I’ve failed to share many of these gems). Among them, I had an opportunity to talk with Tim Hecker. The following is a transcription of our conversation.

Talk a little bit about your upcoming performance tonight, at MUTEK.
Well, I’m playing a concert… I’m trying to make it a special thing because I don’t play here very often. It’s about once a year lately – this is my hometown – and I played at MUTEK maybe five or six times, so it’s kind of strange. I’ve been here so many times, it’s almost a déjà vu, although in this case, the venue is a bit different.

And how has it evolved over the years?
Well it’s grown in both, the organizational structure and the size of the audience… as well as in its curatorial aspect. It has definitely changed with music shifting a bit.

MUTEK represents a sort of marriage between Music and Technology. What does it represent to you?
I’m not so crazy about the “technology” being the most important thing. Every musician uses technology, so why do we need to talk about technology in electronic music? Is it more interesting than the guitar’s wood resonance? That’s technology also – a more organic form of amplification. Do you know what I mean?

What are some of the challenges in doing a live show?
It’s definitely a challenge for me. I’m honest about the fact that I’m first and foremost a studio artist. I work on crafting documents that are usually around 60 minutes long, designed for a CD or vinyl. And that’s my main form of work, where I put my greatest labor and love into. And performing live is a great change, a refreshing way of putting works out there in a different sense – it’s more physical, overbearing and loud. It gives me a chance to really push things, to almost the threshold of sometimes pain and sometimes pleasure.

When you put together music, is it meant to be conceptually from beginning to the end, and do you expect listeners to consume it as such?
Well I hope that they would. I’m kind of nostalgic about that. I hold on to the idea of works of longer duration, where an album is not just a collection of hit songs with eleven B-sides attached to it. I like a long flow that has repetition, cycles, returns, counter points and bridges. And I think of an album as a big song, and always constructed them in that way.

Do you think there’s an ideal setting where someone should consume your music?
Absolutely not. I try not to set too much interpretive framework around the work, so it’s not overly conceptual, so that it’s a more of an open context, it’s open to a million interpretations, and also makes it more possible to be enigmatic in certain ways, than when it’s totally pinned down and has an attached meaning or structure.

How do you feel about collaborations with other artists? And how would you go about working on an album together?
I’m open to collaborations, and I’m often surprised and pleased by how they turn out, but first and foremost I work alone. That’s because I use the whole studio as an instrument, and I command all of the frequencies. I think of a musical piece as a canvas. Why would a painter share that with four other people? That seems absurd, right? Would you ask an abstract painter if it’s selfish that he has worked alone on that? I don’t think so. It’s strange how it’s always a question for the musicians, though. Do you know what I mean?

It’s been a year since you’ve released your last album. Are you working on anything right now?
Yeah, I’m slowly working on my new stuff. For tonight’s show, I have a chance to play pieces that are coming into formation, and just starting to take on a life of their own, but they’re not finished yet. So I’m just using it as a chance to bounce things off of a massive PA and see what really sinks in. But yeah, I’m in the middle of working on stuff right now…