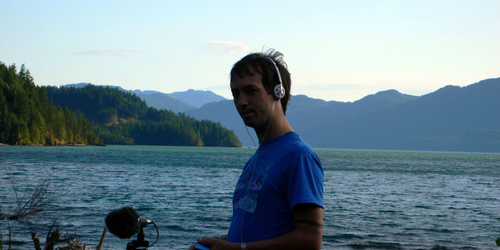 Where is The Imaginary Country, and is there a deeper story behind this album?
Nowhere! The second part of that question is a sort of yes and no. Putting ornamentation around a record, like artwork, titles and narrative-stuff, is a sort of appendage that really only takes shape and the end of working on a record, when that side of things becomes more clear. Its a poetic interlude but doesn’t really, at least in my case, usually drive the record as a sort of ‘concept’ work. Bare sound mostly comes first.

How did you come about the quote from Debussy, and what particularly about his comments inspired you to title the album that way?
It was a cited in a recent history of classical music in modernity. I just liked how the comments rang of a sort of outsider melancholy because of how his work rubbed up against dominant institutional norms in music at the time.

I’ve noticed a bit more synth work [including a pulsating bass] on this album. What is your recording and production setup like?
Same as always, a pretty basic studio setup. Some gear, a computer. I find less stuff is better to focus and push what you have.

How do you go about performing these tracks live?
I disassemble and reassemble them differently given on the live context.

What are the connections in this work to that of Harmony In Ultraviolet, and how would you say your music has evolved?
I’d say that my music has evolved in slow spinning tangents than any idea of artistic renewal through radical change. The difference is slow in the sense of album to album, but its seems like its changed a lot over say 8 or 9 years…

Do you think we will hear from Jetone again?
Dont know!

What are you working on right now?
New material….