The tenth iteration of Bristol’s In Between Time Festival of “Live Art and Intrigue” has just wrapped up. This year they made the very respectable programming decision to show international sonic heavyweights Ben Frost and Tim Hecker with native Bristolian, Ekoplekz (recently signed to Peverelist’s Punch Drunk label.) The Arnolfini Auditorium was an ideal venue, neither too cozy nor too cavernous. The audience gathered around a satisfyingly bare-bones stage and the space filled up nicely without getting overly crowded. 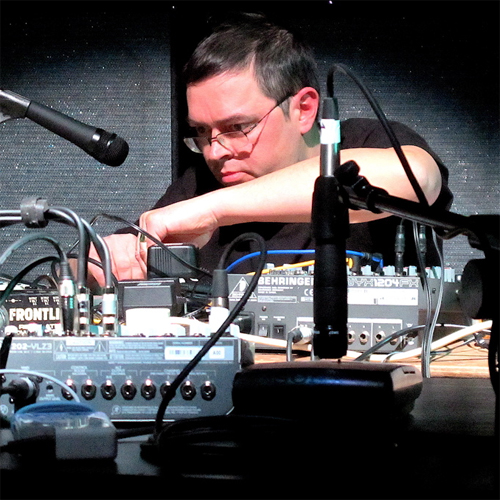 Ekoplekz was a solid opener. His sound navigated a space between the mechanical and the organic, taking hulking, driving percussion reminiscent of heavy machinery and punctuating it with random quirky chirps and warbles that were just echo-y enough to stay on the artificial side of life. He flirted with rhythm without ever falling completely into it. He also incorporated very classic synth frequencies, particularly via voice modulation, which were fun but, for the most part, a bit heavy-handed – they didn’t integrate particularly well with the rest of the sound and as a result were somewhat distracting. Some light, fluttlery snare textures here and there, on the other hand, were a really enjoyable nod to Peverelist. Overall, it was an engaging, well-executed sci-fi-esque performance, and it didn’t hurt that you could tell he’s completely in love with sounds and was generally having a blast. 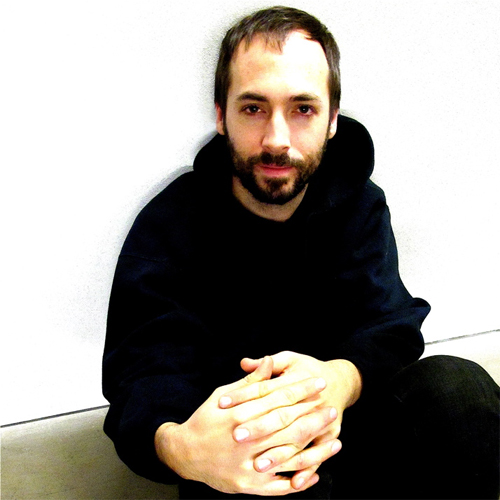 Hecker used absolutely minimal lighting – only what he needed to see what he was doing – which made it that much easier to pick up on the delicate micro-textures of his opening moments. He built up layers thick and fast, though, and quickly had us suspended in a dense, deeply spatial environment. Some endlessly stretched organ couldn’t help but lend a degree of spirituality, a reference to something eternal, but there was definitely tension and evolution throughout. He played with the liminal a bit, pushing some of the frequencies beyond what the speakers could handle (or using frequencies reminiscent of this), evoking palpable opposition between the restrictions of the hardware and the unrealized potential of the sound. At other times everything was incredibly compact, a tight sonic canvas onto which he threw various intriguing elements. Periodically, the pressure of all those layers was completely released into airy, shimmering tones, with the contrast lifting us into a kind of sonic weightlessness. This was really the underlying structure of the performance – a rich and impossibly slow, irregular pulsation between heavy and light. 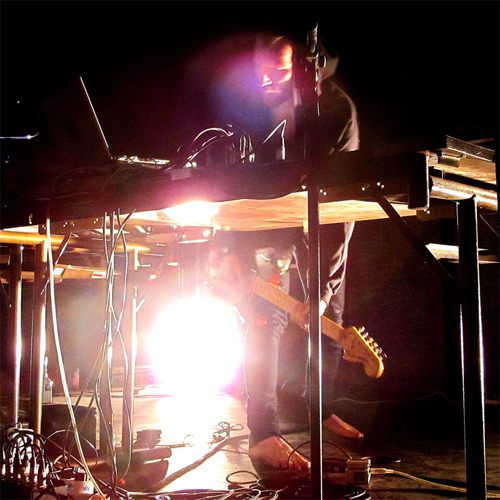 Ben Frost, as has been noted, throws you out into the wilderness. True to form, he tapped into a somewhat sadomasochistic dynamic in which he used sound, particularly percussive elements, almost as a kind of violence – and the audience loved it. (If the calls of ‘louder’ and ‘more’ were anything to go by. Hurt me, hurt me do it again?) The reason it was good pain is he didn’t rely on brute force. His menacing landscape was complex, built in part out of howling, mutated electric guitar, and he moved us through it with an astute sense of timing that lent itself well to live performance. There was, overall, more of a theatric element to what Frost presented. He made use of intense lighting and he certainly had stage presence. He improvised a lot, which meant not everything came together all the time, but when it did, it was a very ecstatic darkness. Simple, repetitive piano loops appeared from time to time, almost as a refrain. They offered a stability, a gentleness and, eventually, a familiarity that made you feel as if you might have found your way home from the wild. But this sense of relief was always fleeting. The notes were inevitably consumed by yet another wave of dissonant chaos against which they proved themselves to be a totally ineffective shelter. So no happy endings, but a thoroughly enjoyable story nonetheless.


Hecker and Frost were in good form with performances that, as would be expected, were not for the faint of heart nor delicate of ear. Neither went easy on the Arnolfini, which was great because the sheer physicality – the vibrational pressure and potential for actual pain – is something that simply can’t be experienced outside their live shows (unless you’ve got far more cash than most of us to spend on your personal sound system.) There were moments when the two artists worked with a very similar dynamic. Namely, when earbone-crushing low frequencies were laced with ethereal, hauntingly lovely fragments and there was an intense merging of pleasure and discomfort. As far as where they differed, it’s probably fair to say that Hecker presented a more abstract, timeless quality while Frost’s work was slightly more narrative.