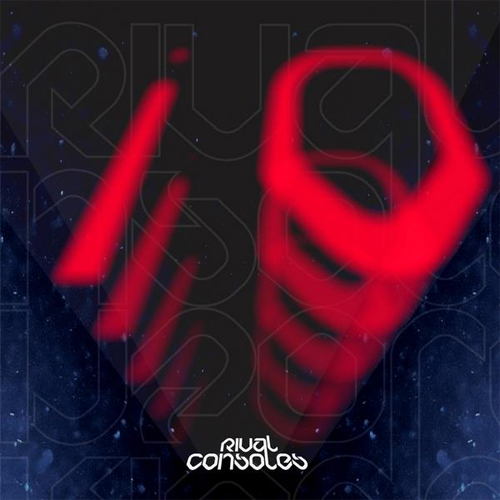 Rival Consoles‘ debut album, IO, comes as quite a surprise after the ‘modern classical vs. breakcore’ vibe of his last EP, Helvetica. Instead of the rather unique mix of piano and strings on top of drill ‘n bass, IO offers up a heap of crunchy analogue synths and straight ahead techno beats. Once you’ve gotten over the surprise, what really makes IO stand out is Rival Console’s “lust for catchy music”, as Ryan Lee West – the man behind the music – put it himself in an Interview with Headphone Commute back in March. He really hit that one on the head. You couldn’t ask for a more anthemic start than the troika of Milo, IO and 1985 that kicks off the album. The first few times I listened to the album, I couldn’t make it past these three because I found myself going right back to the beginning to hear them again!

The other defining feature of IO is the down and dirty sound. There’s nothing fancy or refined about it. It’s old school synth action – just your basic waveforms in all their gritty and distorted glory. Rival Consoles doesn’t try to wow us with complexity, studio trickery or a smorgasbord of effects. IO stands and falls with the tunes. OK, admittedly track 7, PVAR, does feature some heavenly strings that pop up at just the right moment to sprinkle a pinch of pixie dust over the proceedings. But on the whole, the sound is uniformly bold and direct.

It’s not all “wave your hands in the air” on IO though. Midway through, the vibe gets weightier and boxier for a few tracks but picks up steam again as the end approaches. The penultimate track, Agenda, is the only one where West reverts back to the rapid skittering beats of the Helvetica EP. But then it’s quickly on to rousing closer ARP, another techno barnstormer that quickly gets lodged in your brain and has you reaching for the “repeat” button.

It may come as a surprise to find Rival Consoles’ music sharing a home with Ólafur Arnalds and Peter Broderick on Erased Tapes Records. But the London-based label focuses on what it calls “Cinematic Pop Music” featuring a wide variety of genres and styles, ranging from neo-classical to post-rock. IO is obviously a very welcome addition to the mix.