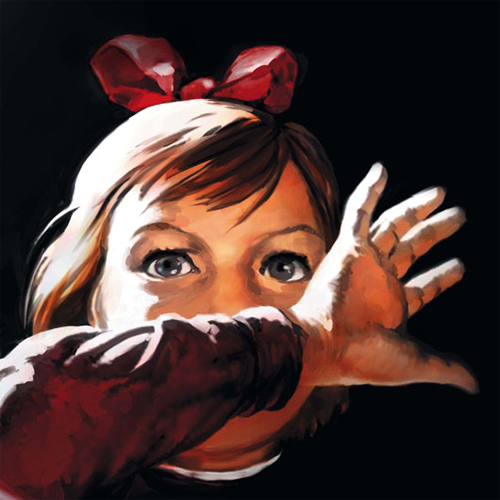 From the very few opening notes, I know that I’m in for a treat. As the album progresses, I get wide-eyed, and instead of paying attention to details [I know I will be coming back for more later], I spend time researching, tracing the steps that led me to accidentally miss this album, and calling all my friends to tell them about Bersarin Quartett. It’s like I missed an entire year, while the self-titled album was there all along, spreading its loveliness across all open ears but mine. Well, I hope it’s not too late to bluntly rant and rave about it, so that those who are asleep like me, can be awakened with this bliss. Because, kids, this is another one of those albums that rapidly wedges its way into the previously posted and now begging to be revised, Best of 2008 list.

Bersarin Quartett is the solo project of Thomas Bücker, who for a while was hiding in the shadows under blank names in net-label releases Electronica Unplugged 1 (Aerotone, 2006) and its followup, Electronica Unplugged 2 (Aerotone, 2007). But digging deeper through a web of contributions and aliases, Bücker’s discography reveals production work through an entire decade, when under the Jean-Michel moniker he released Marshmallow Rooms (Eleganz Records, 1999). OK, so at least I’m not drooling over a newcomer who completely blew me away with his production and composition. That is not to say that it underplays the work in any shape or form.

On Bersarin Quartett, Bücker picks up the conductor’s baton and draws all eyes upon him. With elegant gestures, he moves the modern classical progressions through ambient orchestral drones ala Biosphere‘s Shenzhou (Touch, 2002), to paced minimal pieces reminescent of Marsen Jules‘ Les Fleurs (City Centre Offices, 2006), to cinematic soundtracks and program music of Max Richter‘s The Blue Notebooks (130701, 2004), all beautifully complemented with a light touch of elements of  jazzy experimental IDM to land among the fans of Murcof, Helios, and The Cinematic Orchestra. How is that for some name dropping?

The man behind the music on Bersarin Quartett laughs at my attempt of making The Best of 2008 Compilation mix of my favorite tracks, and instead drops his entire album on my lap. “Here. Listen to this. How is that for summarizing your favorite music of the latter years?” The imaginary projection of his voice is right. This album has it all. Enough to fill a page with adjectives, comparisons, and clichés. Instead, I’m feverishly typing words into this box in a desperate attempt to get you to listen to the album at all costs and then judge for yourself. Seriously. Just get it.Bersarin Quartett is the second release on Dortmund based (Germany) Lidar Productions label which first put out Jasper TX‘s A Darkness, back in 2007. If you’re having trouble locating Bersarin Quartett in the US, may I recommend our good friends at n5MD, who have a few copies in their excellent mail order shop. Recommended for the likes of the above mentioned artists plus Emanuelle Errante, Jacaszek, Julien Neto and Rafael Anton Irisarri.