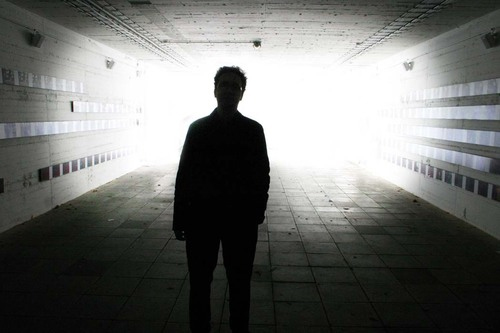 Hey Thomas, what did you do this past weekend?
Well… I visited some friends — and at the moment (it’s still weekend) I’m working on a brochure for a hotel (my regular occupation is working as a graphic designer in my small design-bureau) and I’m glad to divert myself from my to-do-list with answering your questions… 🙂

I’ve been in love with your sound since the self titled album on Lidar in 2008. Where does the name Bersarin Quartett come from and what does it mean (especially the extra letter ‘t’ that I always forget to type)?
“Quartett” is the correct german spelling of “quartet” – it’s part of the concept to use the german language… I noticed the name “bersarin” at first in Berlin, where I visited some friends near the “bersarinplatz” (“bersarin square”). Nikolai Bersarin became the commander of the Soviet occupying forces in Berlin in 1945. For most people he is a hero who rescued Berlin from the Nazis, on the other hand he was responsible for lots of killings and violations under the guidance of the Stalin-regime…

This controversy fits perfectly into my concept producing music with a deep emotional impact like film scores — not the politically aspects of the proceedings, more the fact of the complexity of drawing the line between good and evil, success and failure, love and hate, pathos and “kitsch”…

It’s like in good movies where the plot and the characters aren’t that simple and predictable – but it has a golden thread or a concept which keeps this complexity together. For me this is the fascination and challenge in art in general: being inconclusive but not random – always having enough room for the recipient to think or imagine about – always to preserve some magic behind the obvious foreground. And that’s why I decided to name this project “Bersarin Quartett”.

You’ve been recording under Jean-Michel moniker since 1999 – what prompted a switch to a new alias?
“Jean-Michel” is a project where I want to experiment with electronic music. It’s like a playground for my definition of contemporary club-music and beyond… After this I had the idea to focus more on the emotional part of the listening – experience like good soundtracks do. I started to construct a concept for this… this was the beginning of “Bersarin Quartett”.

To say that your work is cinematic would be an understatement, but what is the film behind closed eyelids for which you compose the score?
Actually to say this music is “cinematic” works for me very well. Only the listener is the director of the movie. And the film is about the listener him or herself… in best case. I only give the listener some codes with the track-names, the artwork and of course the music itself… only a crude direction. It’s up to the listener to decode these codes — and make it concrete as possible.

Tell us about the appearance of the guest musicians on the album.
To be honest there are no guest musicians on the studio-album. But I found some really great musicians for performing the material in a live situation. At the moment there is a drummer (Benjamin Kövener) and a bassist/guitarist (Patrick Brakowsky) — both of them have their own music-projects called “Ex-Champion”, “Patkow” and “Racquets”.

The second album is appropriately titled “II” – does that mean that your work is part of a bigger project, a trilogy perhaps, and will we see a third installment?
Actually I don’t know where this concept takes direction and how long does it take to have a new final result I think it is worth to share with the public… At the moment after the “II” album I have the feeling, everything was told… but who knows… ? — time will tell. 😉

Talk about your upcoming performance at Denovali’s Swingfest. Oh, and what was it like performing in Moscow?
We are really looking forward to play at this great Denovali festival. There was always a very friendly and keenly audience so far… and the awesome line-up of this year promises a lot of fun. (even if I wouldn’t play there I would definitely visit this festival — Essen is not that far from my home city Münster… and now… well… we are part of it — that’s fantastic!)

Playing in Moscow was a really nice experience — we haven’t had played in foreign countries yet. And starting especially in Moscow was very exciting for us… we met very friendly people there and we’ve had the feeling that the audience already knows some of the Bersarin-Quartett tracks and wanted to enjoy it live… — this was a new and really nice situation for me.

Who are your favorite musicians? Would you want to collaborate with any of them in the future?
I like the music of lots of different artists in many different genres. At the moment I love the new album of Cristian Vogel. Beside that the last tracks of Andy Stott and his Modern Love label have a deep impact on me… — the music of Burial is still on personal heavy rotation. Demdike Stare, Jacaszek, Pjusk… just to name a few I really like at the moment. Spontaneously my all-time-favorites are Portishead, Codeine, Talk Talk, My Bloody Valentine, Tortoise… and many soundtracks like “Stay”, “Monsters Ball”, “Solaris”… there is so much great music. and still so much to explore… 😉

Regarding collaborations: I really don’t know how you can produce electronic
music with more than one person… !? for me it’s like painting on canvas — and I can’t imagine that someone is painting the left corner and the middle part… and the other one is doing the rest. And at the end you have a result everybody is happy with… It’s very difficult to transform your own ideas into the physical world… how difficult is it when more than one person is transforming artistic ideas?

I really love lots of music of other artists. Maybe there is a way for an artistic collaboration… — never say never. 😉

What do you think of genrefication? How would you describe your work to someone who labels all electronic music as techno?
Because it’s very hard – maybe quite impossible – to talk about music in general, the genrefication is very helpful for the communication. Although I’m happy about this genrefication I like music most, when the genre is not too obvious while listening to music… I like it very much when an artist has a unique handwriting — so for me it’s not about the genre in general.

For the music of “Bersarin Quartett” I would call it: “imaginary fictional film scores”… and it contains lots of genres like ambient, electronica, neo-classical… even dubstep (without wobble-bass) or drum’n’’bass elements (without the drums and the bass) if you want — maybe at the end you can say I’m using all these genres in small doses like ingredients.

Be sure to read Headphone Commute review of II