“Plïnkï Plønkï is a 50 piece ensemble that doesn’t exist.” So states the press release in the biography section about this anonymous project. But whether this release is backed by ten or twenty people it’s clear that the vision behind the concept and its execution are delivered as one. Composing the music (and poems that accompany each piece) about our solitary natural satellite one cannot help but reflect upon this sound during its essential moment – the night. Somehow, the piano, inspired by the reveries of Éric Satie, slightly muted in the dense and cold forest, slightly sad on the rippling surface of a freezing lake, dances quietly among the slowly falling snow. Perhaps the instrument is not performing at this moment but is observing from afar. It is no coincidence that I have titled my favorite Best of the Year list “Music For Watching The Snow Slowly Fall In The Moonlight” and featured [mostly] piano music for its selection. Perhaps it is no coincidence that this mysterious musical artist feels the same about the moon. And if you’re a fan of surrealist fiction, perchance it is no coincidence that the Japanese author Haruki Murakami brought the moon into the focus in his parallel universe of 1Q84. Or maybe it is all a coincidence, a happenstance, and a fluke, in a world where even the randomness seems to be predetermined. The way the snowflakes fall on the reflective surface of a freezing lake at night. 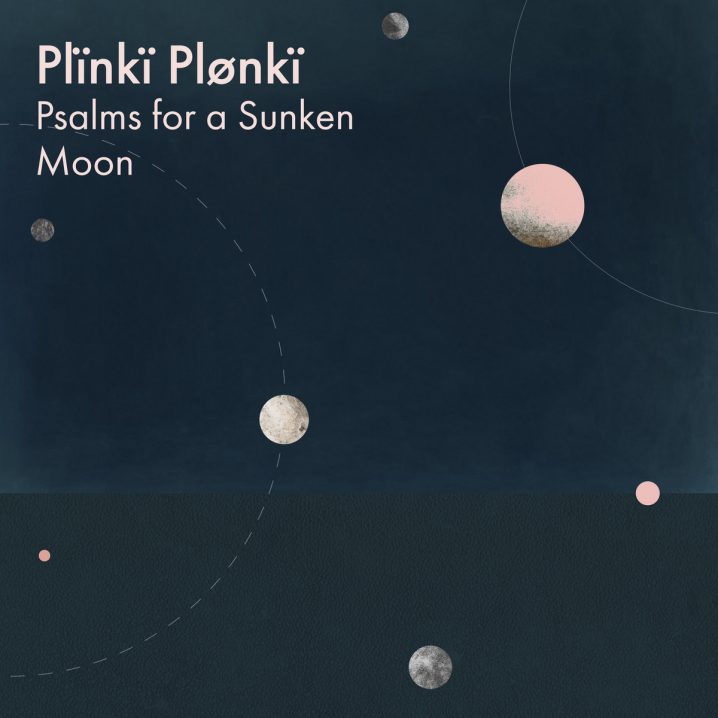 Psalms for a Sunken Moon is actually the first of a set of two albums, which Plïnkï Plønkï is scheduled to release on piano and coffee records, with the first two singles and the album itself coming out in sync with the full moons of 2021. The deluxe box set, containing a limited edition cassette in a box with 20 illustrations by Ana Stefaniak [who also contributed 20 stunning animations to the upcoming Spotify canvas showcase] is out in just a couple of days, on November 19th, 2021. I have been listening on repeat, and so should you…