On the surface, the new album from Yannn Tiersen, a follow-up to his 2019 Portrait, may appear to be a collection of post-processed piano melodies, but peel apart the intricate layers of this multifaceted work, and you begin to quickly appreciate the attention to detail, atmospherics, and texture required to pull off such cinematic feat. Take a listen to “Ar Maner Kozh”, a piece which I am honoured to premiere for you today, before the album’s launch tomorrow on Mute, which begins with a deep rumbling hum and then carefully, slyly, and stealthily leads you down the corridor of memories, where deep-buried stories hide from the sight. Suddenly you’re swept up in a waltz in a large banquet hall, and all of the mysteries of this place bounce off in their echoes of secrets and suppressed regrets. This is a cinematic piece, which could easily thrive alongside your favourite scores, and where exactly I would expect to find this Breton composer on your shelves. “A sense of place has often been a central theme in Tiersen’s work and here that is no different – Kerber is named after a chapel in a small village on the island and each track is tied to a place mapping out the immediate landscape that surrounds Tiersen’s home.”

You may get this intuitive thinking of, ‘oh it’s piano stuff,’ but actually it’s not. I worked on piano tracks, to begin with, but that’s not the core of it, they are not important. The context is the most important thing – the piano was a precursor to create something for the electronics to work around. 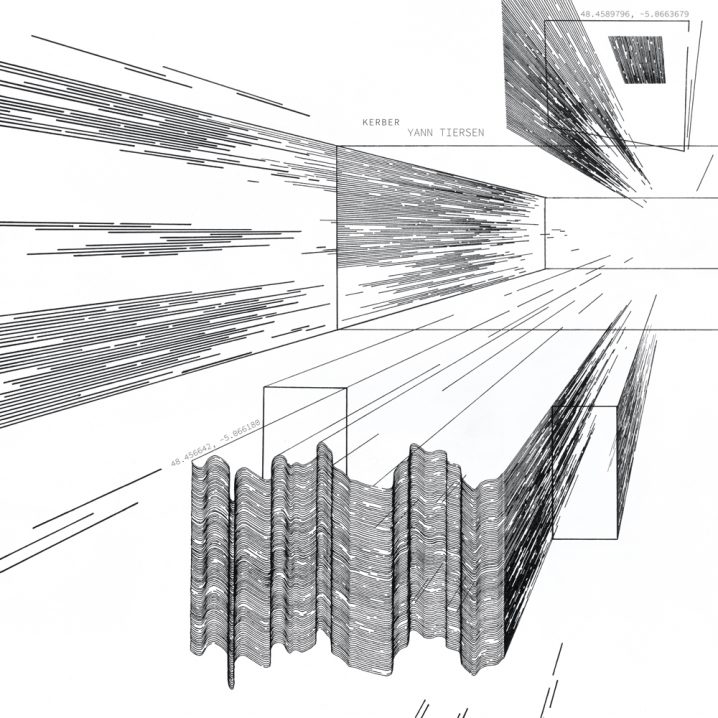 Available on a limited edition white vinyl, or standard black 12″, CD, and digital, with a poster of a covert art by an LA-based artist Katy Ann Gilmore, who used maps of locations indicated by Yann to create a minimalist landscape of depth and perspective, “to build up shapes that inhabit a new geography as they move through space towards infinity…“