INTRODUCING an exciting new project from Los Angeles, comprising of a film composer Michael Deragon and a sound designer/composer Daniel Lea (member of L A N D with releases on Important Records). Both members of this duo are not new to the highly textured sonic models of cinematic proportions. Throw in a dynamically rich mixing of Ben Frost and the magic touch of Valgeir Sigurdsson‘s mastering, and you’ve got an album worthy of a movie night. Turn down the lights, turn up the volume, sit back and let this ride unfold. I’ve heard the full album already, which shares a title with the track I am premiering for you today, We Become Mist, but until it’s out Bedroom Community in about a month (September 10th), we’ll just survive with this short teaser. Nevertheless, it is a perfect sampling of the things to come, just like its beautifully showcased album cover – thick layers of subdued dissolving hues, merging in frequencies with time and spectral motion, some edges scattered in the rough, while others smooth to glistening perfection. I wouldn’t be surprised if this was pitched as an original film score, but I am more than grateful to absorb it as an album. It may be otherworldly or possibly from Earth, but in a way, it doesn’t matter because I’m still discovering new places previously unknown. “We Become Mist is nothing short of the progression from a souterrain awakening to the terraformed sound of a new world coming into existence.”

Track titles hint at extroversive and introspective worlds, exploring dreams, hallucinations, and perceptions of reality as “We Remain Beneath”, and later on “We Become Mist”, and finally “We Become Matter”. Your ears will be aglow with all the analogue and digital refinements. “The name Heliochrysum evokes the Latin for sunflower but also a healing tincture: in the overlaid orchestration and distorted lightness, the roiling, life-giving pour of the sun can be heard. Simplicity washed with emotional intensity, the remembered dreams of far-off, science-fictive discoveries.”

We Become Mist sounds like the great machine that moves the universe. It slowly awakens, sending delicate rays of light into the sky, into the blood, while creating a choir of shooting stars and dense breathing matter… all moving through time. 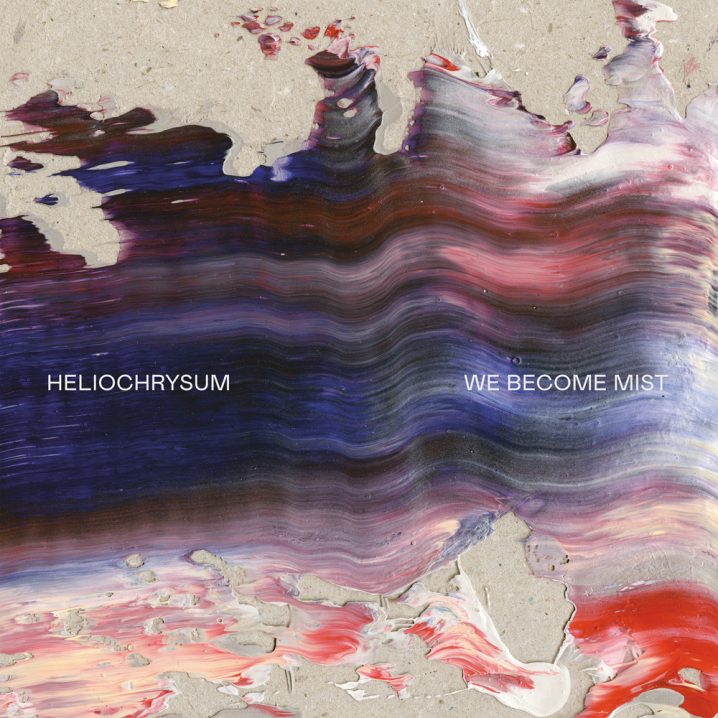 Once again, the album is out on September 3rd, available as a limited edition clear vinyl and 50 copies on cassette! I’m always excited to discover new artists, but in this case, also be the one to introduce them to the world! I can’t wait for you to dive in! Pre-order on Bandcamp!