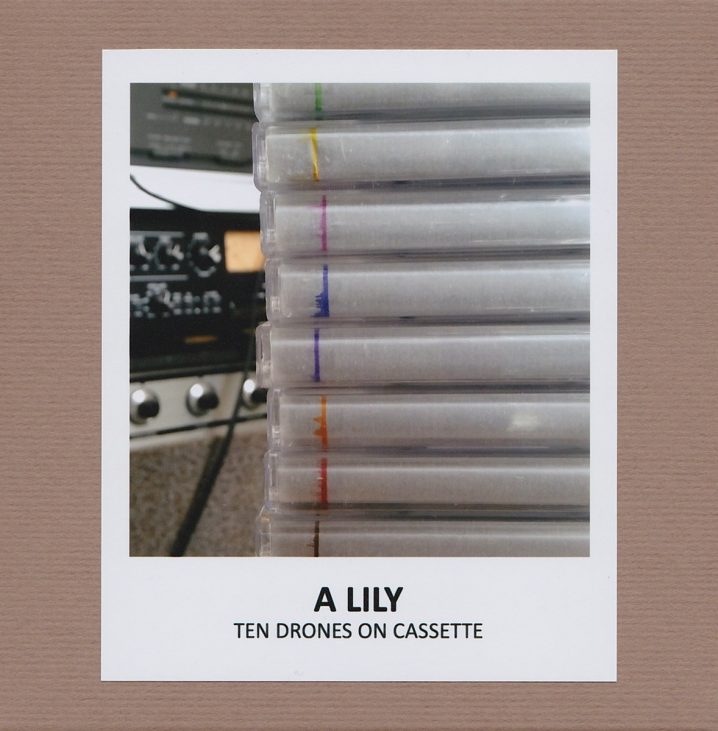 Every once in a while I feel like reminiscing about the past. I’ve got ten years of words on music stashed on this site, and occasionally I consider on introducing a flashback column, where I simply reflect on an album that has captured my attention a decade ago. This morning I give it a go, look up the articles from April 2008 in my archives, and land on a write-up of The Abbasi Brothers‘ Something Like Nostalgia courtesy of Dynamophone. Whatever happened to that San Francisco label? Ah, and I recall that I have stumbled on their output after falling in love with a beautiful release by James Vella, under his A Lily project titled wake:sleep. And wait, didn’t I just hear a new promo from him, played it multiple times, and then diligently marked it as “review” on my never-ending Workflowy to-do list? Yep. This is how things work out in my world, dear reader. So, I’m afraid I must oblige.

Ten Drones On Cassette is comprised of exactly ten tracks, each only on average five minutes in length, exploring a particular tapestry of sound that gently cradles somewhere between ambient, shoegaze, and drone. The sonic veil of warm frequencies swells with each billow and remains at a standstill, like a thick cloud of incense trapped in a windowless room… into which you step in and become one with smoke. These slow and meditative oscillations are perfect for a morning boot-up, or an evening retreat, or an afternoon nap – not to downplay the importance of active listening to the story behind each piece, named after a specific person that inspired James Vella (presumably from a group of close friends). These are carefully sculpted minimal sounds, cloaking the sources of clarinet and brass, organ and voice, and surely guitar, immersed in a mist of acoustic effects, resulting in a pensive atmosphere somewhere between wake and sleep. 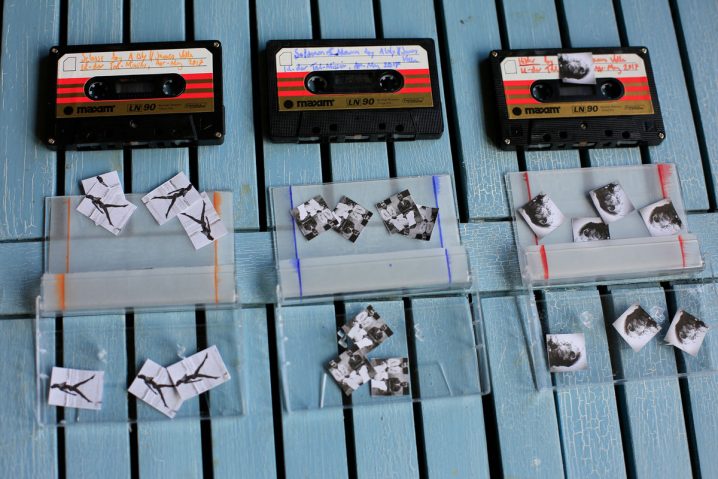 Prior to the album pickup and digital distribution by Sound In Silence, the original project was released on ten separate cassettes, each limited copy hosting a different piece, taking up an entire side of a tape. Repackaged as a single album, the Athens-based imprint (which has also signed Yndi Halda) brings us a beautiful, limited, and handmade release, compiling the edited versions of all tracks into a single consumable package. This parcel comes bundled with a download code for the full version of each piece, which can drone on up to 50 minutes in length! There are only twelve copies remaining as of this writing, kids, so be sure to grab yours!

Big thanks to the label, again, since I’ve missed the original 2017 release. For more from Sound In Silence, I recommend you check out Brave Timbers, con_cetta, Ben Rath, Crisopa, Liam J Hennessy, Fjordne & Stabilo, (ghost), Yellow6, and pretty much the rest of its catalogue, since it all appeared on my rotations at one point or another, but I just couldn’t find the time to cover it all… Perhaps in another ten years…