“… words act as compass; place-speech serves literally to en-chant the land – to sing it back into being, and to sing one’s being back into it…”

The world around us is made up of sounds. Some rise and fall, reverberate into the nothing, while many more drone on. During one of my silent retreats, I was left with just the sounds of nature, accidental, found music, and of course the gorgeous bird song. And I’ve always wondered — when does the bell really stop its vibrations? While walking the fields of a sprawling Devonshire, I bathed in the music of trees, grass, and wind. During such outings, I’ve always had a strong desire to archive the natural environment via a medium known simply as field recordings – an art form perfected by one of the top recordists of today: Kate Carr. More than just sound collected and weaved, Kate Carr tells a story through music created by nature and everything that it dances against, including the source of most noise, known simply as humans. “Selvedge” is a piece from the upcoming compilation called Place Language, an upcoming release on Fluid Audio, and I am proud to share with you this track.

A couple of more words on the concept, project, and more importantly, an upcoming Place Language Two Day Residency at Cafe OTO in London on September 15 and 16th! We are being treated to a beautiful show featuring performances by Hotel Neon, Marcus Fischer, Rafael Anton Irisarri, Simon Scott, and yes, Kate Carr, and of course, I will be there – I even postponed my vacation so as not to miss this beautiful event! For more details on the project, I turn over these pages to Brian Housman of Stationary Travels who has shared this writeup with everything you’d want to know:

“Place Language is an international non-profit compilation album project inspired by the themes found in Robert Macfarlane’s widely-acclaimed book ‘Landmarks’. In particular it focuses on the book’s extensive topographic glossaries, the “word-hoard” of depictive landscape terms gathered from 30 different languages, dialects and sub-dialects around Britain & Ireland and divided into sections by type of terrain (Flatlands, Uplands, Waterlands, Coastlands, Underlands, Northlands, Edgelands, Earthlands and Woodlands).Relying on these topograms, or “tiny place poems”, as creative prompts, Place Language seeks to both inspire a renewed interest in our surroundings and reinvigorate our appreciation for the audible textures & patterns that characterize a place in keeping with the book’s stated desire to ‘re-wild’ our vocabulary.” 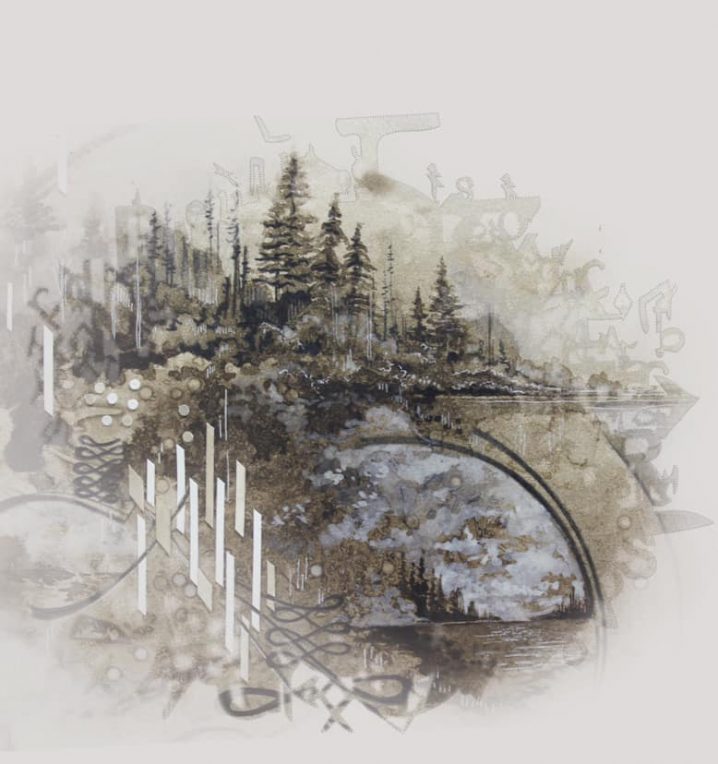 “The collection features the work of 28 different sound-artists, field recordists, and musicians from around the globe each of whom selected a Landmarks topogram and recorded an impression of it thus adding rich new aspects of dimensionality through the act of sonification. These selections cover all nine of the book’s glossaries along with place-words of new coinage as prompted by the blank one which Macfarlane leaves at the end of the book for readers to fill in from their own experience. The end result is a truly global and collaborative survey of the place, language, and sound.”

Read more on the project on stationarytravels.wordpress.com/place-language