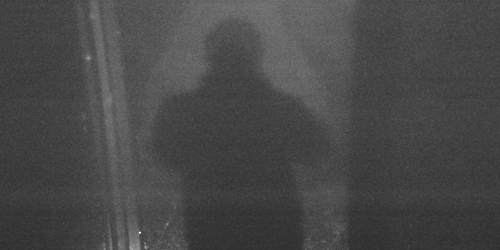 Talk a little about your decision of remaining anonymous.
This decision was made for no other reason than to put out music under a different name, or in this case, a hidden identity – I personally wanted to release something that would be considered and valued for the musical content and not for the artists name. This was also echoed by Fluid Audio and we agreed that due to the fact that this was a more concept-based project and didn’t sound like any of my other musical output it would be interesting to take this route of remaining anonymous for this album.

What does your moniker, Hummingbird, represent?
The artist name Hummingbird was chosen after several visits to a local nature reserve in the spring of 2010. After spending time observing and taking pictures of the Hummingbirds that were located there I was taken aback with the movement, behaviour and the amazing colours of these birds. I’d already had the musical direction in my head at this stage so all I needed was to choose a name that would best reflect the concept and work in tandem with the music. I’d like to think in some form the music represents the artist name and subsequently replicates an audible representation of the Hummingbirds’ behaviour, colour and the visible wavelengths created by the movement. In a figurative sense, this is probably most noticeable in the song “Eemina” where there’s a hovering-like feel to the song.

Where do the field recordings come from, and who performs the live instrumentation on the album?
The field recordings were created, sampled and collated from various sources, mostly I recorded sounds myself, in public places, outside in the dead of night and in various locations whether on holiday or visiting various places locally. The live instrumentation was mostly recorded by myself in the studio and also on various locations whilst I was traveling. I also worked alongside a musician who is classically trained who I’d asked to contribute to give a particular, defined feel to one or two of the songs.

What is the main theme behind the album?
I knew that I wanted to create something different for this project so after I’d discovered the artist name – the main theme or conceptual idea was based loosely around this and the idea was for me to create something that could resemble some of the characteristics of the motion and sound-textures found in both Modern Classical and Drone-based music. I wanted to make something that featured these elements but also brought in more human-like elements along the way, this included the field recordings and “found sounds” heard inside some of the songs. The approach and end result was to combine all of the above and make something where each composition gave an an overall impression of both live and synthetic instrumentation using wide-open and immersive space. The forthcoming remixes on Facture, a sub-label of Fluid Audio are something of a contrast to the original album “Our Fearful Symmetry”. There is more emphasis on the textured synthesis where the more “musical” elements were pushed back and more electronic sounds eased into the foreground, possibly somewhat of a mini-departure of the Hummingbird sound but still encapsulating elements of the original work.

Tell us a bit about the packaging of Our Fearful Symmetry.
The packaging was developed mostly by Fluid Audio with little input from myself, a minimal approach was taken but also very asthetic too with a tactile and handmade feel to he packaging with the hand-pressed letterpressed sleeves. To be honest I have total faith and trust in Fluid Audio and left the majority of the design and packaging up to the label. The attention to detail that Fluid Audio puts into every release is something else. It’s the little things that make the big difference, the kraft paper wrapping, the scented cloves, the hand-pressed covers, the way it’s presented is important in this “throw away” society we live in today. I know it’s certainly appreciated by the followers of the the label and likeminded musicians so this is what makes all the effort worthwhile.

Do you think we will ever learn your real name?
I’m going to take a guess and say no, there are few people that actually know who Hummingbird is. If it stays that way then that’s great, if in the future the cover is blown then I’m not going to be upset, it was fun while it lasted.