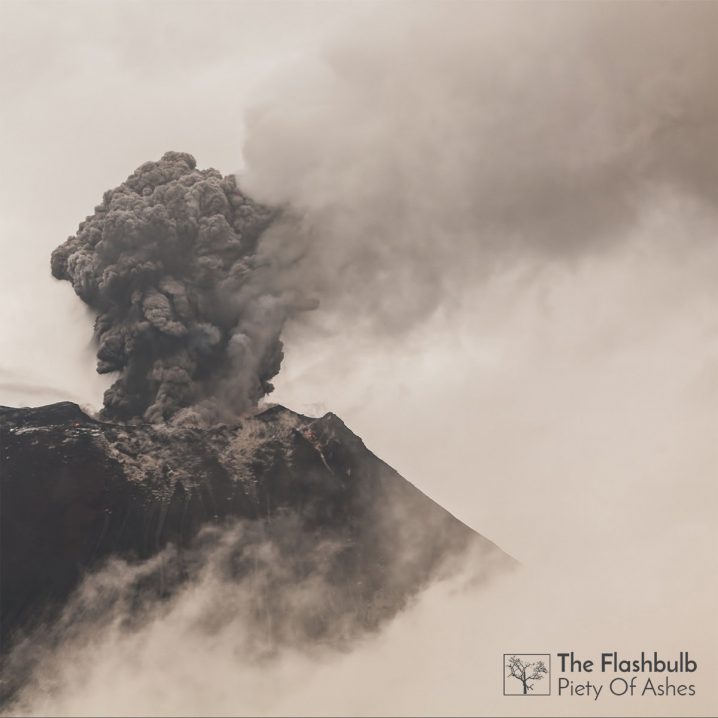 Benn Jordan continues his solitary journey into the world of The Flashbulb with Piety Of Ashes. I say “solitary”, because for over a decade now, Jordan has been releasing music on his very own imprint, tirelessly plowing forward with his own distinct musical style, free of any interpersonal issues, genre definitions, and all the associated politics that may come with being on a bigger label, sharing its space with all of the others. And yet, even as I view Jordan as a semi-lone wolf, he’s gathered a loyal following through all of these years, myself definitely included – an audience eagerly awaiting his next album, always rewarded with something incredibly special, something undeniably ‘Flashbulb’, something distinctly unique.

It has actually been nearly three years since Jordan’s official last studio release, Nothing Is Real (Alphabasic, 2014), during which he’s moved across the country (from Chicago to Atlanta), never once pausing to allow his infinite well of creativity dry out during the process. In fact, it would be fair to say that his imagination is as rich as ever, revealing itself through seventeen short pieces, each full of ideas, that if expanded to let them run through its own course could have ended up being doubled (and tripled!) in content and length! Instead, as is the case with Jordan’s past releases, we are offered a compressed, incredibly rich, and concentrated essence of this composer, featuring intricate production values, immense technical prowess, gorgeous musicality, and most importantly, soul.

As such, it is nearly impossible to dissect the album or a few of its tracks. There are orchestral pieces with piano, sprinkles of glitchy electronic beats, vocoder melodies, field recordings, experimental processing of complex programmed synthesis, and even “robotic rhythm machines,” all constantly morphing from one phrase to another, often multiple times within the very same track. Take the “Gray Pill” with its string opening, and very distant café conversation, which suddenly drops into a dark abyss with a heavy kick and sounds of a rainforest (?), followed by a 4/4 playful synth driven melody (still only a bit over a minute into the track), then, just as suddenly ending with a gunshot of a clap, twisting the elements into a post-glitch IDM rhythm, still held together by the aforementioned strings, and then abruptly stopping again, with an introduction of the next track, “Prism,” which only begins to unfurl its elaborate beauty after a whole minute in.

Fans of improbable cinematic complexities, willing to invest the time in individual pieces and peel them layer by layer, will be immensely rewarded with Jordan’s ability to pack so much creative punch into every single track. And just like an endless kaleidoscope of semi-random cut-up glass, constantly shifting in their architectural structure under the gravity in its reflecting prison of light, constructing amazing symmetrical patterns that sadly never repeat, Jordan’s creations are those of the snowflakes, infinitely sumptuous and strangely unique. Highly recommended!