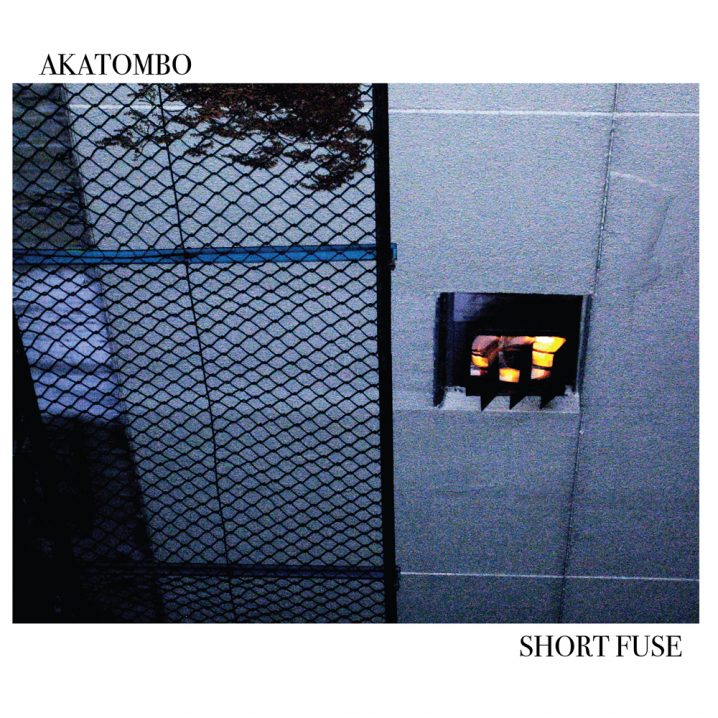 Somewhere in a busy city of Hiroshima, a Scottish expat by the name of Paul Thomsen Kirk has made it his home. And in that home, living as a foreigner in a foreign land, Kirk makes his art as Akatombo. In this particular case, the art is music, unveiled in all of its post-apocalyptic beauty. I’ve recently relocated from New York to London (did I mentioned that?), and I’ll admit the language and the culture were not exactly a real shock to my system. In fact, I kinda feel at home. Having visited Japan on multiple occasions, however, I can’t think the same about the possibility of moving there. I feel that I would always be a foreigner, a tourist, a gaijin. That, in itself, presents its challenges and problems. Perhaps that is the overall feeling that Kirk is trying to convey, which I receive here on the other end, in the United Kingdom.

The music on Short Fuse employs vocal samples (in Japanese and English) depicting various announcements and what I think are warnings, over a progressive, dark, and mechanical rhythm, mixed with some gritty electronics, abrasive post-industrial sounds, and euphoric atmospheres. Building on the previously lauded Sometime, Never, which also was released on Kirk’s very own Hand-Held Recordings in 2015, Short Fuse takes his explorations of post-EBM, post-illbient, post-everything experiments even further into a grungy onslaught of that post-erosive soundscape that hurts so good. And once again we are back in a world of that recent futuristic past, where black and white documentaries instruct of actions taken on a catastrophic outcome.

Short Fuse, takes you on a roller-coasting aural adventure through the metropolis’, sound-tracked by pounding rhythms; disembodied electronics; roughly hewn effected samples; whirling dervish dance-marathons; and much, much more. Once AKATOMBO ventures out of the cities into the near-abandoned, rural settings, the album is akin to listening to a multi-waveband radio tuned into post-Fukushima short wave transmissions replete w/ static-laden, disembodied newscasters lamenting forgotten faces and life-lines to the gone forever; the extinguished firmament of normality.

It’s easy to get lost among passages of Akatombo. Like a recurring sweet dream, with a slight dash of a bitter nightmare, the sonic images creep up and are at once familiar, and then they suddenly recede, to be forgotten once again. Your parents always told you not to visit that abandoned playground, but for some reason, you always wanted to return. Didn’t you? Recommended for fans of Lakker, Silent Servant, Fossil Aerosol Mining Project, and the darker side of all your favorite cinematic acts. It’s as if the Future Sound of London wrote an essay titled The Study of Hiroshima’s Music which happened to be published in a parallel universe, where the outcomes of WWII are drastically divergent.