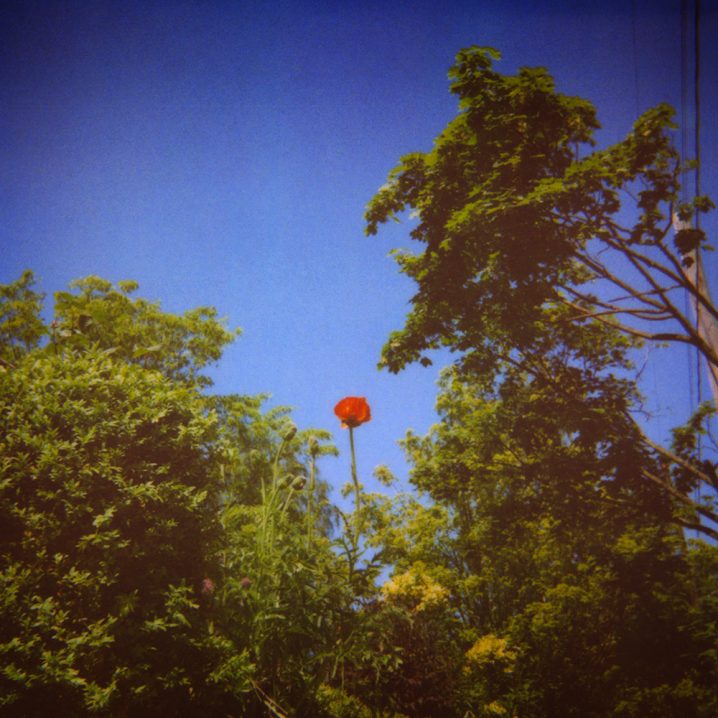 Thomas Meluch’s music under his Benoît Pioulard moniker is a lot like Meluch himself – soft-spoken, genial and tame. Meluch speaks only when spoken to, and even then, his words are often shy, blushing with humble and reticent air. He seems to be outside of this world, looking down upon all of our daily struggles, with a coy smile of a traveler, temporarily visiting with us on this seemingly very real plane. But it is not words to which I seem to connect with – it is his music, always music, that speaks for itself.

On his fifth album for Kranky, Meluch finds himself drowning in the field recordings, saturated harmonies and pantone colored hues. The dense layers of guitar swirl between the lo-fi textured, never exposing themselves for too long to be peeled apart, swaying in hot, humid air, as one heavy gust. This haze is continuously present throughout the album, weaving a landscape of withering flora, until we finally come upon “A Shade of Celadon”, where Meluch’s voice is heard for the first time on Sonnet.

The basis of the album was a series of field recordings of tones and unintentional harmonies that I made in the summer & fall of 2013 – whistling industrial air conditioners, bird songs, locust drones, washing machines – that I mimicked or interpreted on the guitar, making loops that developed into fuller compositions.

In composing the album, Meluch relied strictly on analog gear, recording on tape through the pedals and amps. This self-imposed restriction on process limitation was a fruitful exercise in restraint, spending the time not on adding new features, but instead on removing the non-essential elements, until only the absolute was left behind. This approach is immediately audible in the few sublime pieces, like “Upon the Break Arch”, where the ethereal tones drift through the hiss, bells, and bass, blanketing frequencies with a firm coat of fog.

I personally found the experience of listening to the album different between that of in my headphones and the living room stereo. The former appeared to be a very heady experience, with slight distant shuffles perfectly audible in the background, creating separate levels of stage separation, upon which my mind could at leisure ascend. The latter enveloped my entire dwelling with thick currents of pressure, making it difficult for me to move with a vigor, lingering gently through sound and space. Regardless of your personal choice for experiencing Sonnet, I highly recommend that you find the right time to spend in the company of Benoît Pioulard.