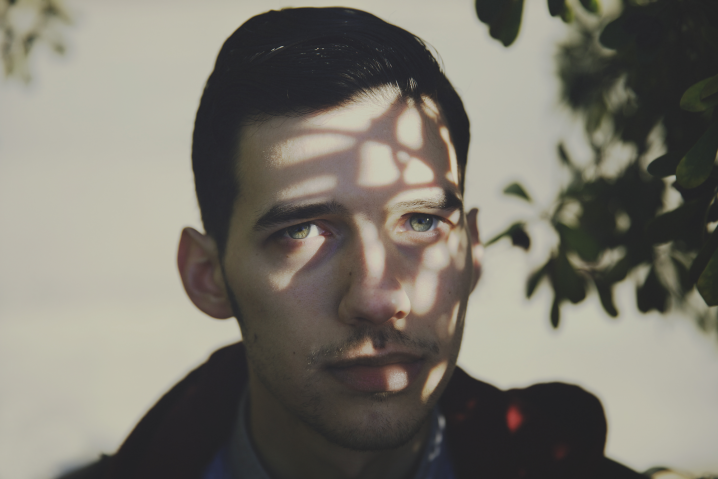 Hey Rich, where are you these days and what have you been up to this past weekend?
Hi! I’m in LA right now, working on music for ‘Hyper Light Drifter’. Last weekend I was cooped up at home, working on one of my other projects, ‘Mini Metro’. I did managed to get out to play some ice hockey, though.

What got you first in composing music, and how did you get involved with game soundtracks?
I would say playing guitar. In the beginning I was mostly learning how to play and playing other people’s music, but I got hooked on the creative process of making my own music and that evolved into larger undertakings over time. I stumbled into game soundtracks. I used to post my music online and a gentleman who happened to own a company that made cell phone games reached out to me. I was probably 19 or 20 at the time.

Can you compare and contrast your mindset when producing a studio album, versus a game soundtrack, and now, versus a film score?
When I make a studio album, I give myself forever to work on it. Sometimes forever is too long, and things never get done. Games and films have to be done within a time frame and I hold myself to that. Games are especially challenging to score because they are interactive. There are a lot of opportunities to do interesting things with music in games because of that. Films are in some ways a nice reprieve from working on games, because the structure is more or less there and ready to go when I begin working.

How, would you say, your work on FEZ has impacted your music career? How do you think It Follows will ensue?
Without a doubt it’s the most important project I ever worked on. I haven’t had to look for work since FEZ. I got to work on It Follows because of FEZ, so maybe that adds a little perspective to the weight of that game. I’ve already had a lot of offers to work on films and additional projects since the film’s release. I would say it’s equally important but in a different way. I think it’s been more about reaching a new, wider audience outside of games.

I saw you talk about a turning point in your career, and that you plan on taking a break from working for hire – can you expand a bit on that?
I’ve been working for hire for almost 10 years, and for most of that time I’ve seen my future ahead of me. I can tell you what I’ll be working on over a year from now, and I thought it might be time to take a sabbatical and get away from that. To have a year, maybe longer, away from work for hire would allow me to work on personal projects, and reassess what it is that I am doing.

That is of course not to say that you’re disappearing forever, right? What are your thoughts on working on another film score? What do you imagine it to be about?
I’ve already made plans to work on another feature. I’ll be working on it next year, but can’t say much more than that at this point! I can say it’s not a horror film.