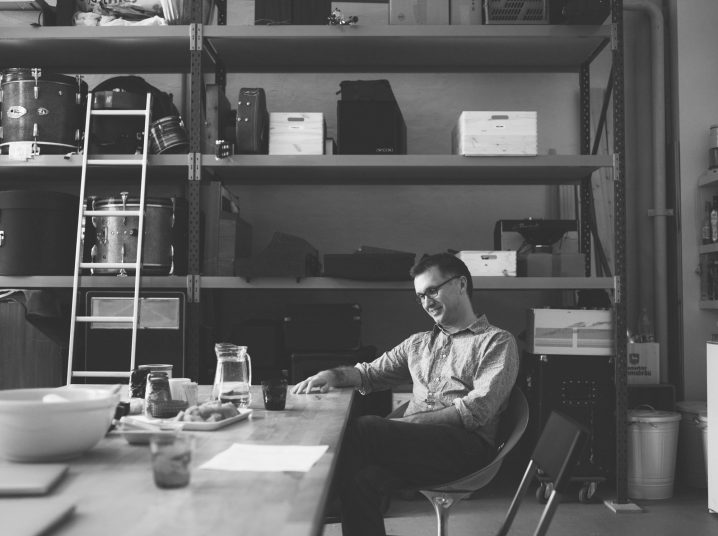 Hi Michael, what has recently inspired you?
Part of the joy of working on my own projects is that I can bring all the things that surround me into the work, rather than just taking the film or TV show as inspiration. So it’s been exhilarating to be able to combine my fascination with the edges of current science research, with poetry and texts from various spiritual and humanistic traditions, and the constant river of sound we hear around us every day. It feels like I’ve only just begun.

How, would you say, the process of composition is different for a studio album versus a film or television score?
Although the musical materials can be the same, I think the impulse is completely different. Basically with your own album, you’re writing the story yourself, rather than accompanying someone else’s. I still love film and TV, and being a part of a great project is wonderful, but nothing compares to being able to say what you want to musically, without boundaries.

How did you first meet Peter Gregson and what influenced you to write a cello part for him?
Peter and I were introduced by mutual friends a couple of years ago, and our musical paths do seem to have become very entangled. He’s a fabulous player, but also an irritatingly good composer. One of the things that we’re hoping to keep sight of as we start playing live is that it’s possible to play well and still have fun. We’re hoping to concentrate on the fun, and let the playing take care of itself.

Tell us about the vintage recording equipment used on some of the pieces.
How long do you have? I’m fascinated by the history of recording, which doesn’t necessarily mean that I think there was a Golden Age that we should fix in aspic, just that things sound different, and have different emotional resonances because of that. So we used everything from a 40s magnetic disc recorder Francesco had in the studio in Berlin, to sounds I’d recorded on my iPhone, either with external mic, or just with the in-built mic. I love the sound of tape too, so pretty much everything went through tape at some point, whether recorded directly, or treated in mastering.

Do you play any instruments yourself on the album?
I played the pianos and keyboards.

Who is the protagonist of Entanglement and what is their story?
Great question. In many ways I see the character that Ashley Knight voices, of a woman in the autumn of her life, looking back, as the protagonist.

How did you end up getting signed on Erased Tapes for this release?
Robert and Sofia approached me after hearing the string quartets that we eventually released as A Stillness, a couple of years ago, and we’ve developed the relationship since then.

What are you working on right now?
We’ve got more Sherlock to do, I’m preparing for playing live with Peter, and I’m already thinking about the next album.

Be sure to read Headphone Commute review of Entanglement