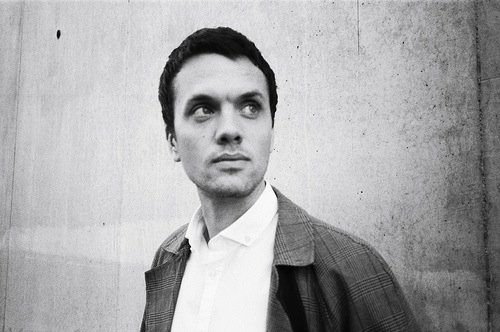 It’s about time that you and Ben Frost collaborated on a project. Was it long in the making and what finally brought it together?
The whole process since we made the first recordings for the album in the Greenhouse and until the record came out was probably somewhere around 18 months, so all in all it was a pretty long process. But of course we also worked on other stuff in the meantime. Me and Ben have known each other for a long time and probably we were looking for an excuse to do something together for a while so when this project presented itself we were really eager to do it.

What prompted the decision to work on SÓLARIS? Were you both influenced by Tarkovsky in some ways?
That decision actually came through discussions between Mat Schulz from the Unsound Festival and Ben and when I came into the project that was already decided. Originally the idea was to make a new soundtrack to play with the film but we soon abandoned that idea in favour of making a piece of music that would be connected to the film and the book but could be performed without the movie and would also stand on its own on an album.

I watched the teaser video. Where did you and Ben actually go? It looks like some abandoned futuristic facility in the post-Soviet Eastern European block!
The Alvernia Studios just outside Krakow. Probably the strangest place I have ever been to, kind of like recording an album in the Death Star. But a really great studio.

Talk a little about the recording process. How did this whole concept come about?
Well, the first takes we made were done in the Greenhouse studio where me and Ben just improvised on top of the film and recorded that. We never watched the film after that. We then started listening to the takes and deciding what we wanted to use and started playing around with it. We were very lucky to be able to do a workshop with the Sinfonietta Cracovia and try out some ideas a few months ahead of the premiere and that really helped shape the piece. The most difficult part was probably to take this very abstract and free flowing music that we had made in the initial sessions and organize it into something coherent that could then work in a concert performance. So when we recorded the piece in the Alvernia Studios in Poland we already had performed it live and it was kind of recorded in a very live way as well. But in the post production we turned things around alot and the structure of the album is totally different from the one we play live.

Who worked on transcribing the score for the orchestra?
I did.

I find the cover art a bit funny… especially since I know Ben and his sense of humour. I suppose the cover could have been anything, but you chose to appear in a photograph with Ben clutching your hand. Tell us about that photo.
Well, of course it’s funny. But I also think it’s beautiful and kind of dramatic in it’s own way. It’s a remake of a still frame shot on set for the Tarkovsky film.

Do you have any desire to compose a film score in the future?
Yes, me and Ben are actually writing the score for a new Icelandic film called The Deep by director Baltasar Kormákur. It will premiere next year, it’s based on a true story of an Icelandic fisherman in the 90s who survived 6 hours in the ocean after his boat went down. We’re talking about the North Atlantic ocean in the middle of winter and he somehow survived. Quite amazing.